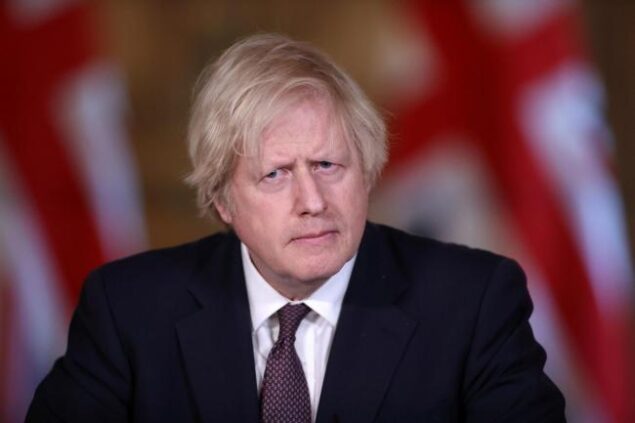 Boris Johnson sees himself as the heritor of a world bestriding Imperial mantle, but in truth he cannot bestride the Irish Sea. The overshadowing of the G7 summit by his peculiar concern that Irish sausages should not be eaten by those in Northern Ireland who do not believe in evolution, was a fascinating examplar of British impotence as he failed to persuade anybody else to support him.

Boris Johnson sees himself as the heritor of a world bestriding Imperial mantle, but in truth he cannot bestride the Irish Sea. The overshadowing of the G7 summit by his peculiar concern that Irish sausages should not be eaten by those in Northern Ireland who do not believe in evolution, was a fascinating examplar of British impotence as he failed to persuade anybody else to support him. It looks like Danish bacon for the shops of Belfast and Derry will have to be imported through Dun Laoghaire and not through Larne. Ho hum.

The really interesting thing about the G7 summit is that it wasn’t interesting. Nobody expected it to change the world, and it won’t. John Pilger pointed out the key fact. Twenty years ago the G7 constituted two thirds of the world economy. Now they constitute one third. They don’t even represent most of the world’s billionaires any longer, though those billionaires they do represent – and indeed some of the billionaires they don’t represent – were naturally pulling the strings of these rather sluggish puppets.

It used to be that any important sporting event in any developing country would feature hoardings for western multinationals, such as Pepsi Cola and Nestle baby milk. Nowadays I am watching the Euros football pitches surrounded by electronic hoardings in Chinese. The thing about power is this; it shifts with time.

None of the commitments made on covid or climate change constituted any new money, any real transfer of wealth or technology. It was a non-event. Nobody will ever look back at anything beyond the personal as having started last weekend in Cornwall.

From there, pretty well the same people moved on to pretend to bestride the world militarily at NATO, where the first job was to pretend they had not lost the long Afghan war they have just, err, lost.

At NATO, they stuck out their tongues at China, which has upset them a lot by becoming the world’s most powerful nation. China was accused of an aggressive military posture, which is amusing in its utter lack of truth. Other than some construction of tiny artificial islands (which China is in fact wrong to claim can generate maritime claims according to the UN Convention on the Law of the Sea), it is very difficult to understand on what this NATO accusation of aggression is based.

If China really is trying to outdo many centuries of western Imperial conquest – stretching up to the recent destructions of Libya and Syria – by building tiny artificial islands, it is a plan of extreme cunning and patience. NATO seem to have discovered their new enemy by reading Ian Fleming.

Let me tell you something that actually is true. I cannot think of any instance in world history of any power enjoying the level of economic dominance currently enjoyed by China, and yet showing such restraint and lack of interest in Imperial conquest. It is not China which is sailing aircraft carriers towards Boris Johnson, it is the other way round. In fact the restraint China shows in not carrying out the simple task of sinking Johnson’s silly aircraft carrier, undermines the propaganda of thousands of NATO press officers and social media operatives, including the UK’s very own 77th Brigade and Integrity Initiative.

It is even sillier to attempt to terrify us all with the thought that the Russians are coming. I know it upsets the Putin fans when I say it, but Russia’s share of the world economy has declined just as the G7 share has. As Russia was always, and still is, poorer than the poorest of the G7 nations, the NATO attempt to portray Russia as a great threat is really rather silly. If there is truth in the story of a couple of super military intelligence officers traveling widely but not killing many people, and of cunning Russian computer hackers engaging in cyber warfare while leaving cyrillic fingerprints behind, in a manner strangely identical to the CIA guidance on how to lay Russian false flags as shown in the Wikileaks vault 7 releases, then it is still difficult for me to understand why this would all require trillions of dollars in military hardware to stop it.

Interrupting hacking with Trident missiles seems neither cost effective nor proportionate. But then I am not an ace NATO military strategist.

Follow the money. Of course the NATO show is all about diverting simply incredible amounts of our money and resources into the military industrial complex, which is permanently profitable for politician backhanders; the arms industry remains the only “legitimate” industry more corrupt than banking, which is quite a feat.

I shall sleep safe in my bed at night knowing that the money NATO spends just this year to keep me safe from the Russian and Chinese tanks which are absolutely poised to roll up Princes Street, could have eliminated malaria forever. God bless our glorious leaders. 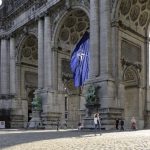 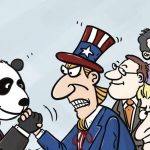