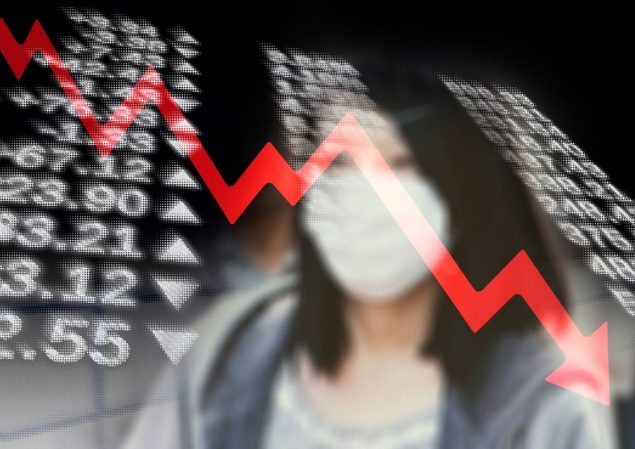 How long the COVID-19 crisis will last, and what its immediate economic costs will be, is anyone’s guess. But even if the pandemic’s economic impact is contained, it may have already set the stage for a debt meltdown long in the making, starting in many of the Asian emerging and developing economies on the front lines of the outbreak.

The unexpected reckoning: Coronavirus and capitalism

NEW DELHI – Pandemics like COVID-19, alarming and destructive as they are, can serve a useful purpose if they remind everyone of the critical importance of public health. When a contagious disease strikes, even a society’s most protected elites must worry about the health of neglected populations. Those who have advocated privatization and cost-cutting measures that deny health care to the most vulnerable now know that they did so at their own peril. A society’s overall health depends on the health of its poorest people.

More immediately, though, the COVID-19 crisis could have many severe economic effects, possibly pushing the global economy into recession. Supply chains are being disrupted, factories are being closed, entire regions are being locked down, and a growing number of workers are struggling to secure their livelihoods. These developments will all lead to mounting economic losses. A world economy already suffering from insufficient demand – owing to rising wealth and income inequality – is now vulnerable to a massive supply-side shock.

Another potential consequence of the pandemic is less recognized but potentially more important: increased financial fragility, implying the potential for a debt crisis and even a broader financial collapse. After COVID-19 is contained and policies are implemented to ease the situation, supply chains will be restored and people will return to work with the hopes of recovering at least some of their lost incomes. But that real economic recovery could be derailed by unresolved financial and debt crises.

Today’s financial fragility far predates the COVID-19 “black swan.” Given the massive accumulation of debt in both developed and developing countries since the 2008 financial crisis, it has long been clear that even a minor event – some “known unknown” – could have far-reaching destabilizing effects. Yet, until recently, rising asset prices – owing to a long period of extraordinarily loose monetary policies in advanced economies – disguised mounting debt levels. As the recent scare in global equity markets indicates, asset bubbles cannot last forever. By contrast, in the absence of active public pressure or state intervention to facilitate their resolution, debts do not deflate on their own.

A recent analysis by the United Nations Conference on Trade and Development shows how sustained debts could pose a larger problem for the global economy and financial system. In 2018, the total debt (private, public, domestic, and external) across developing countries was equal to almost twice their combined GDP – the highest it has ever been. Particularly concerning is the build-up of private debt by non-financial corporations, which now amounts to nearly three-quarters of total debt in developing countries (a much higher ratio than in advanced economies). According to UNCTAD, inherently volatile “foreign shadow financial institutions” have played a major role in fueling this accumulation, such that around one-third of private non-financial corporate debt in developing countries (with the exception of China) is denominated in foreign currency and held by external creditors.

Worse, more sovereign-debt repayments on short-maturity international bonds will soon be due. And foreign-exchange reserves, which have declined in many emerging markets and developing economies as a result of recent capital outflows, will be less robust in the face of further outflows as bond markets become more fraught.

These financial conditions, which would be worrying in the best of times, could spell disaster in the event of even a relatively mild economic shock. But now we are in the midst of a severe shock. Consider Asia’s emerging economies, which are deeply integrated financially and economically with China – the epicenter of COVID-19 – and thus highly vulnerable. Dramatic decreases in exports, disruptions to the sourcing of raw materials and intermediate goods, and rapid declines in travel and tourism are already having severe employment effects across Asia’s economies. And now these adverse outcomes are being compounded by financial concerns over the region’s already high debt levels.

After all, Asian financial markets were vulnerable even before the current shock, owing to falling margins, higher risks, and an excessive dependence on banks and shadow banking (a problem that has already been exposed in India). Worse, a significant share of stressed debt in the region is held by energy, industrial, and utility companies, all of which are directly affected by recent output and oil-price declines. With equity markets swooning, capital buffers have been further diminished.

These problems cannot be contained by policies adopted in any one country. More than ever, the global community needs leadership to address the immediate effects of the coronavirus pandemic and its economic fallout. In addition to coordinated fiscal spending across countries, we urgently need to tackle the debt crisis that will soon unfold. It is time to start thinking about debt resolution and restructuring.

As Turkish economist Sabri Öncü has suggested, we can start by taking our cue from the London debt agreement of 1953, which dramatically altered economic conditions for Germany, at that time a major debtor. The agreement between Germany and 20 external creditors wrote off 46% of the country’s prewar debt and 52% of its postwar debt, while the remaining debt was converted into long-term low-interest loans with a five-year grace period before repayment. Most significantly, Germany had to repay its debt only if it ran a trade surplus, and all repayments were limited to 3% of annual export earnings. This encouraged Germany’s creditors to be vested in its export success, creating the conditions for the subsequent boom.

This is the type of forward-thinking, coordinated debt-resolution strategy that is essential in today’s interconnected world. If we are collectively to survive not just the normal depredations of global markets, but also the existential threats posed by pandemics and climate change, there is no alternative.

Jayati Ghosh is Professor of Economics at Jawaharlal Nehru University in New Delhi, Executive Secretary of International Development Economics Associates, and a member of the Independent Commission for the Reform of International Corporate Taxation.