The case for re-electing Donald Trump 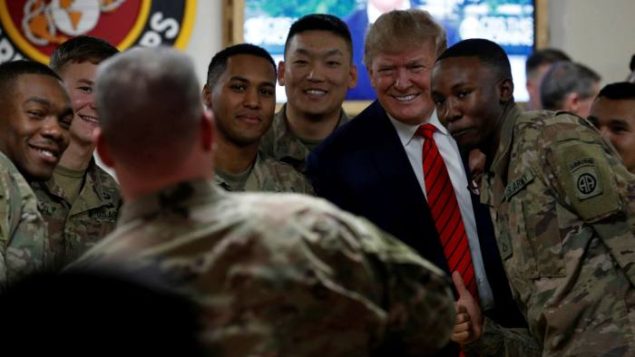 Forget for a moment whether US president Donald Trump should win or lose the November 3 presidential vote. Ask instead what the best case for his re-election would be.

The highest number of checks on the US president’s ‘promises kept’ sheet are on foreign policy.

Forget for a moment whether US president Donald Trump should win or lose the November 3 presidential vote. Ask instead what the best case for his re-election would be.

The highest number of checks on Mr Trump’s “promises kept” sheet are on foreign policy. He has not started any new wars. He has drawn down US troops from Afghanistan and the Middle East. Isis has lost its territory; the terrorist group’s leader was killed in a US commando raid. America’s allies have been forced to think about a world in which the US no longer underwrites their security. Most significantly, Mr Trump has identified China as the chief threat to the US in a world of great power rivalry.

You may disagree with any or all of the above. But it would be hard to argue that Mr Trump was trading in idle promises during the 2016 campaign. Many of his domestic vows, notably building a Mexico-funded border wall and enacting a big infrastructure drive, are nowhere close to being redeemed. On foreign policy, though, Mr Trump has largely been true to his word. The question is whether his often reckless dealings with the rest of the world is a record worth defending. The answer is more nuanced than Mr Trump’s detractors may wish.

Mr Trump’s strongest defence is that this is what his voters wanted. When two years ago he questioned the idea that Nato should defend Montenegro — a country many Americans could not place on the map — Washington’s establishment could barely contain its anger. But Mr Trump was only channelling Mid-American sentiment. It may be reckless to dismantle Nato. But it is not preposterous to debate whether the US should risk a third world war over faraway places.

Nor is it outrageous to pull American forces from Afghanistan. Nineteen years after they went in, Mr Trump is promising to bring the US presence down to zero (from 4,500 troops now). This week HR McMaster, Mr Trump’s former national security adviser, compared the US withdrawal from Afghanistan today to the 1938 Munich appeasement of Adolf Hitler. This is the kind of overwrought analogy that led Washington’s foreign policy establishment to be dubbed “the blob” by a senior official in Barack Obama’s administration. Mr Obama had mixed results in fending off conventional wisdom. At one point on his watch, the US troop presence in Afghanistan topped 100,000. Again, Mr Trump is only voicing popular sentiment. The onus is on the experts to say why they are right about Afghanistan. The evidence is against them.

Mr Trump has been gratuitously insulting towards US allies, particularly to German chancellor Angela Merkel. He has also misunderstood Nato as a protection racket rather than a mutual defence alliance. But the blob has spent years asking Europe nicely to increase its share of the defence burden with limited results. Mr Trump’s thuggish approach has prompted a debate about European defence that would have been hard to imagine without him. Nor is he always batting for Russian president Vladimir Putin, as Washington consensus would have it.

Mr Trump clearly envies autocrats, such as Mr Putin, and China’s Xi Jinping. But he often pursues lines that are at odds with his personal admiration. Consider his opposition to Germany’s Nord Stream 2 — a gas pipeline that would increase Russia’s leverage over Europe. Or his desire to include China in the next strategic arms reduction treaty with Russia. The blob understandably reviles Mr Trump’s style. But his obnoxiousness can blind critics to the occasional merit in his policies. Any renewal of the treaty that would limit the Russian and American nuclear arsenals but excludes China’s is hard to defend.

Mr Trump’s strongest foreign policy legacy is his new cold war with China. Some of his actions have clearly backfired. His trade war has done nothing to shrink the US-China deficit that he inherited. But it would be an exaggeration to blame him for China’s more aggressive global posture. That was Mr Xi’s decision and it predates Mr Trump. The US and China may now be on a dangerous collision course. But on this, unusually, Mr Trump leads a bipartisan consensus.

A second Trump term, in my view, would be a disaster for US democracy and its ability to handle the pandemic. But if Mr Trump loses, the blob wins. It is almost unanimously against him. America’s poor foreign policy record over the past 20 years suggests the blob’s return would not be an unmixed blessing.