The Assange verdict: What happens now 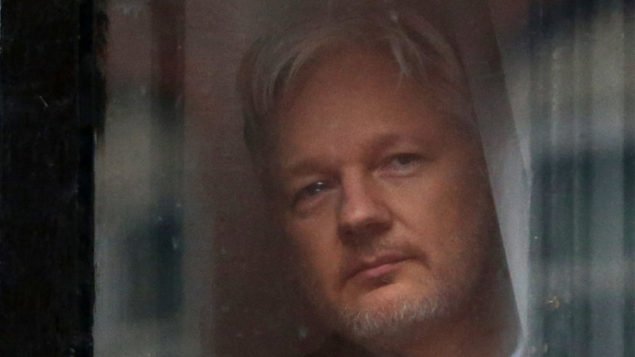 I fully expect that Julian will be released on bail this week, pending a possible US appeal against the blocking of his extradition.There was discussion of when and how to make the bail application on Monday, after magistrate Vanessa Baraitser announced her decision not to grant extradition as it would be oppressive on health and welfare grounds. Lead Defence QC Edward Fitzgerald was prepared to make an immediate application for release on bail, but was strongly steered by Baraitser towards waiting a couple of days until he could have the full bail application ready in good order with all the supporting documentation.

I fully expect that Julian will be released on bail this week, pending a possible US appeal against the blocking of his extradition.

There was discussion of when and how to make the bail application on Monday, after magistrate Vanessa Baraitser announced her decision not to grant extradition as it would be oppressive on health and welfare grounds. Lead Defence QC Edward Fitzgerald was prepared to make an immediate application for release on bail, but was strongly steered by Baraitser towards waiting a couple of days until he could have the full bail application ready in good order with all the supporting documentation.

I had the strong impression that Baraitser was minded to grant bail and wanted the decision to be fireproof. I have spoken to two others who were in court who formed the same impression. Indeed, in the past, she has more than once indicated that she will reject a bail application before one has been made. I can think of no reason why she would steer Fitzgerald so strongly to delay the application if there were not a very strong chance she would grant it. She gave him the advice and then adjourned the court for 45 minutes so Fitzgerald and Gareth Peirce could discuss it with Julian, and on return they took her advice. If she were simply going to refuse the bail application, there was no reason for her not to get it over with quickly there and then.

Fitzgerald briefly made the point that Assange now had very little incentive to abscond, as there had never been a successful appeal against a refusal to extradite on medical grounds. Indeed it is very difficult to see how an appeal can be successful. The magistrate is the sole determinant of fact in the case. She has heard the evidence, and her view of the facts of Assange’s medical condition and the facts of conditions in American supermax prisons cannot be overturned. Nor can any new evidence be introduced. The appeal has rather to find that, given the facts, Baraitser made an error in law, and it is difficult to see the argument.

I am not sure that at this stage the High Court would accept a new guarantee from the USA that Assange would not be kept in isolation or in a Supermax prison; that would be contrary to the affidavit from Assistant Secretary of State Kromberg and thus would probably be ruled to amount to new evidence. Not to mention that Baraitser heard other evidence that such assurances had been received in the case of Abu Hamza, but had been broken. Hamza is not only kept in total isolation, but as a man with no hands he is deprived of prosthetics that would enable him to brush his teeth, and he has no means of cutting his nails nor assistance to do so, and cannot effectively wipe himself in the toilet.

Not only is it hard to see the point of law on which the USA could launch an appeal, it is far from plain that they have a motive to do so. Baraitser agreed with all the substantive points of argument put forward by the US government. She stated that there was no bar on extradition from the UK for political offences; she agreed that publication of national security material did constitute an offence in the USA under the Espionage Act and would do so in the UK under the Official Secrets Act, with no public interest defence in either jurisdiction; she agreed that encouraging a source to leak classified information is a crime; she agreed Wikileaks’ publications had put lives at risk.

On all of these points she dismissed virtually without comment all the defence arguments and evidence. As a US Justice Department spokesman said yesterday:
“While we are extremely disappointed in the court’s ultimate decision, we are gratified that the United States prevailed on every point of law raised. In particular, the court rejected all of Mr Assange’s arguments regarding political motivation, political offence, fair trial, and freedom of speech. We will continue to seek Mr Assange’s extradition to the United States.” That is a fair categorisation of what happened.

Appealing a verdict that is such a good result for the United States does not necessarily make sense for the Justice Department. Edward Fitzgerald explained to me yesterday that, if the USA appeals the decision on the health and prison condition grounds, it becomes open to the defence to counter-appeal on all the other grounds, which would be very desirable indeed given the stark implications of Baraitser’s ruling for media freedom. I have always believed that Baraitser would rule as she did on the substantial points, but I have always also believed that those extreme security state arguments would never survive the scrutiny of better judges in a higher court. Unlike the health ruling, the dispute over Baraitser’s judgement on all the other points does come down to classic errors in law which can successfully be argued on appeal.

If the USA does appeal the judgement, it is far more likely that not only will the health grounds be upheld, but also that Baraitser’s positions on extradition for political offences and freedom of the media will be overturned, than it is likely that the US will achieve extradition. They have fourteen days in which to lodge the appeal – now thirteen.

An appeal result is in short likely to be humiliating for the USA. It would be much wiser for the US to let sleeping dogs lie. But pride and the wound to the US sense of omnipotence and exceptionalism may drive them to an appeal which, for the reasons given above, I would actually welcome provided Julian is out on bail. Which I expect he shall be shortly.