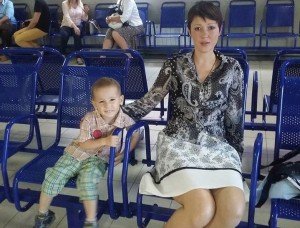 This past summer, Watchdog Media Institute produced a series of documentary films about the suffering and killings in and around the city of Gorlovka, Donbas region of eastern Ukraine caused by Ukrainian army and militia shellings and military attacks during the months of May, June and July of 2015.

Watchdog has now produced an extensive written documentary report on the story, published on Sept. 3. The story’s title line comes from one of the victims of Ukraine’s shellings, Anna Tuv, a resident of Gorlovka. The documentary report begins:

On May 26, 2015 three civilians were killed when artillery shells landed in the Ozeryanovka district of Gorlovka, a town controlled by the Donetsk People’s Republic (DPR) opposite the front lines of the Ukrainian Army. Anna Tuv lost her arm, her husband Yuriy, and her 11-year-old daughter Katya when two shells struck their home around 6pm. Her two youngest children received minor injuries, and there was another casualty nearby.

You can watch a four-minute trailer of Anna Tuv’s story here, or by clicking the screen below. You can download the full documentary film, ‘War Crimes in Gorlovka: The Anna Tuv Story’, 84 minutes, here on YouTube.

Watchdog Media Institute has produced a series of feature documentary films on the civil war in Ukraine. The series is called ‘Roses Have Thorns – Casualties of the Ukrainian Revolution’. The full list of those films is here, including the most recent, number 18: ‘War Crimes in Gorlovka: The Anna Tuv Story‘. 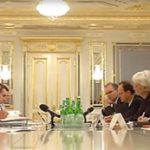 Following the IMF billions in and out of UkraineBackground, John Helmer, Ukraine 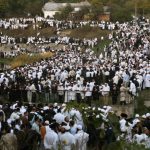