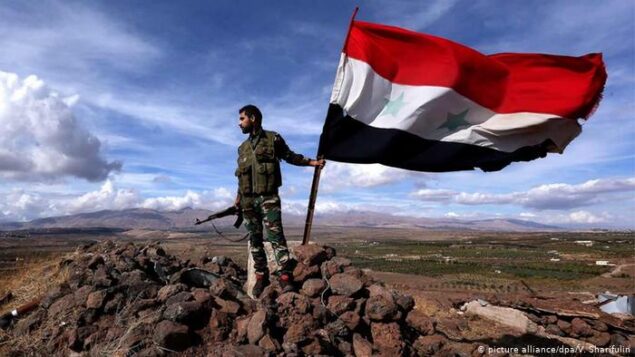 March 15 is the date which many use for the start of the Syrian uprising in 2011. For many years, the war in Syria was a steady feature of western media; however, in recent years the fighting has stopped, the Geneva peace process has not produced results, and some countries have begun sending Syrian refugees back home.

March 15 is the date which many use for the start of the Syrian uprising in 2011. For many years, the war in Syria was a steady feature of western media; however, in recent years the fighting has stopped, the Geneva peace process has not produced results, and some countries have begun sending Syrian refugees back home. The battlefields are silent, but the suffering continues from US-EU sanctions which deprive citizens of some medical supplies, and building materials to repair their homes and businesses. The economy is in freefall, while COVID-19 has added to the hopelessness many feel.  The public still has not received their first vaccinations.

Western media portrayed the Free Syrian Army (FSA) as freedom fighters for democracy. The atrocities of the FSA went unreported, while the US and their allies used the FSA as their foot-soldiers in the project of ‘regime change’.

Of the 23 million citizens in Syria, about eight million were minorities such as Christians, Druze, and Alawites, who were protected solely by the Syrian government.  President Assad is the leader of the Ba’ath Party, the oldest party in Syria, and has a large support base among the Syrian people. Certainly, there is political opposition in Syria, but only a small minority of the opposition support armed revolution and destruction of the state. This is the reason the ‘revolution’ failed: it was not supported by the majority.

Aleppo was attacked by the FSA because it was supportive of the government. The FSA responded by a brutal crackdown on the unarmed citizenry while fighting the citizens who rebelled against their Radical Islamic ideology.

Western media would have you believe most of the deaths in Syria were caused by the Syrian government, but you won’t hear about the thousands of unarmed civilians killed, raped, maimed, and tortured by the FSA and their allies. Equally misreported is the number of Syrian Arab Army soldiers who have died, which is believed to be at least half of the deaths reported.

The FSA stole the wheat reserves in Aleppo and sold them to Turkish traders, ransacked the pharmaceuticals, and destroyed the schools, while they were brutalizing the Syrian people, their homes, and businesses.

The FSA implemented Sharia law, forcing citizens to abide by laws they had never before had to face in secular Syria.

The FSA produced a video widely seen of a 12-year-old child being forced by the FSA to cut off the head of a Syrian Arab Army officer.

When the FSA became defeated on the battlefields they sent out a call for help to their brothers-in-arms Al Qaeda, and the international terrorists began flooding into Syria from Turkey which was their safe-haven. Officially supplying Al Qaeda with cash and weapons was against US laws, so Washington simply outsourced the support to Saudi Arabia and Qatar who both supplied Jibhat al-Nusra, the Al Qaeda affiliate in Syria.

On December 31, 2012, the Huffington Post published, “The West should not be surprised if an Islamic state results from an FSA victory. If so, they will have been complicit in the outcome.”

The US-NATO ‘regime change’ plan for Syria was to culminate in an Islamic State, headed by the Muslim Brotherhood, which had been the political arm of the Syrian opposition supported by the US and EU in Istanbul.  The US-engineered the Egyptian election which brought the Muslim Brotherhood to power, only to be driven from office by mass protests.

The group called ISIS capitalized on the chaos the US had created in Syria to proclaim a “caliphate” straddling Syria and Iraq that shocked the world. While the US and EU were supporting the FSA and their Al Qaeda allies, the US coalition forces were fighting to eradicate ISIS.

Terrorists were bussed in surrender deals into the northwestern province of Idlib, where around three million people now live in dire conditions under the occupation of Hayat Tahrir al-Sham, the Al Qaeda affiliate in Syria.

In 2012, US President Barack Obama drew a red line in the sand and said the use of chemical weapons in Syria would be met with US military intervention.  The terrorist groups interpreted the red line as a green light for them.

In May 2013, Carla Del Ponte, a former Swiss attorney-general and prosecutor with the International Criminal Tribunal for the former Yugoslavia (ICTY), said evidence points to the ‘rebels’ using sarin gas.  She was a leading member of a UN commission of inquiry.

In August 2013, Obama was faced with a decision to attack Syria in a planned decimation of the government and infrastructure. However, he called it off.

In April 2014, Seymour M. Hersh published an investigation detailing the Obama administration’s illicit weapons highway into Syria operated by the CIA, which also exposed the UK defense lab report to Obama that the sarin gas used in Syria was not from Syrian government sources.

In April 2018 veteran Middle East war correspondent Robert Fisk went in search of the chemical claims made in Douma.  Fisk had maintained an anti-Assad stance throughout the war, but he went to Douma with open eyes, looking for the truth. What he found there was the other side of the video shown around the world. After interviewing doctors, nurses and bystanders he found the gas video was patients overcome not by gas but by oxygen starvation in the tunnels and basements in which they lived, on a night of wind and heavy shelling that stirred up a dust storm.

The locals he talked to told of the Jaish al-Islam (Army of Islam) terrorists, supported by the King of Saudi Arabia, who occupied the homes, offices, and businesses and subjugated the residents.

The ‘White Helmets’ were responsible for the video, which took advantage of the situation and wrongly portrayed it as a gas attack. Water was doused on adults and children to provide evidence of a chemical attack.

Days after the Fisk report, Russian officials produced an 11-year-old boy, Hassan Diab, who was in the video at Douma. Western media discredited the Russian press conference as propaganda. The boy was accompanied by his father as he described being unaffected by chemicals, but having been forced to be drenched in water by the ‘White Helmets’.

Most of the Syrian people never left Syria. Had they been all convinced that the government was using chemical weapons, more would have fled.  Of those who left for Germany in summer 2015 most were economic migrants looking for a safe place and income.

The Syrian war was scripted in Washington, DC but the UK, France, and Germany all played their supporting roles. The leaders in 2011 of the US, UK, and France are all gone, and only Germany’s Angela Merkle remains.

Timber Sycamore was a classified weapons supply and training program run by the CIA, headquartered in southern Turkey.  In August 2017, President Trump shut down the $1 Billion covert operations which trained, funded, and weaponized Radical Islamic terrorists to fight in Syria. This was done in coordination with Saudi Arabia, Qatar, and Turkey.

The program lost political support in Congress because much of the weapons were handed over to Al Qaeda, who were allied with FSA. President Barack Obama had begun the program in 2013 to overthrow the government of President Bashar al-Assad but was defeated by defections from the FSA to Jibhat al-Nusra and ISIS.

Russian military entered Syria in late 2015.  Moscow did not want to allow a Radical Islamic regime to take power in Syria, because that would threaten the national security of Russia.  Moscow knew they could either fight and defeat the terrorists in Syria, or face them later on the streets of Moscow.

Turkey has about 15,000 troops deployed inside Syria and wields significant influence in Idlib, which is occupied by Hayat Tahir al-Sham, the Al Qaeda affiliate in Syria.  Turkey is led by a Muslim Brotherhood party that opposes the secular government of Damascus. Additionally, Turkey invaded the northeast corner where separatist Kurds had established a quasi-state. Ankara views the Kurds as terrorists, loyal to the PKK, internationally recognized as a terrorist group, responsible for 30,000 deaths over three decades.

Iran provided support for the Syrian military, as well as humanitarian aid. They have also been part of the Russian and Turkish trio for peace talks and ceasefires.

The UN peace process is slowly producing a possible new constitution, and presidential elections may be scheduled this summer.  Nothing is clear yet, and the political stalemate continues, while the economic situation deteriorates by the day.

Steven Sahiounie is a freelance journalist in written media, both English and Arabic languages, as well as radio and TV broadcast interviews. He is best at analysis and coverage of the Syrian war and conflict. He has military contacts inside Syria and Lebanon. 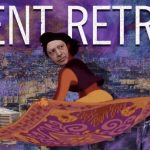 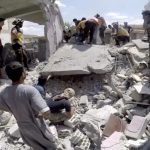