WASHINGTON — Iran has been invited to join talks in Vienna this week with Russia, the United States and European nations on whether a political resolution is possible in the Syrian civil war. If Iran accepts, it will be the first time Secretary of State John Kerry will enter formal negotiations with Tehran on issues beyond the nuclear accord reached in July. 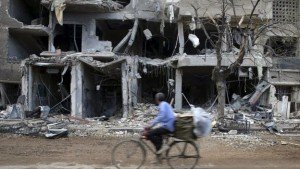 Russia has been pressing to include Iran, the only other major power giving military support to President Bashar al-Assad in his effort to remain in power. Senior American officials have begun to acknowledge in recent weeks that no serious discussion of a possible political succession plan in Syria can happen without Tehran’s involvement.

But the American denunciation of Iran’s activities in Syria, including its support for Mr. Assad’s forces and for terror groups like Hezbollah, has always prevented the United States from including Iran in formal talks about the Syrian crisis.

The State Department spokesman, John Kirby, buried that policy at a briefing on Tuesday, before it was announced that Mr. Kerry would attend the meeting on Syria in Vienna on Thursday and Friday. “We anticipate that Iran will be invited to attend this upcoming meeting,” Mr. Kirby said.

The change is another example of how Russia’s military entry into the Syrian war has changed the power dynamic of the sporadic negotiations. For a long while, the United States argued that Mr. Assad must go — as President Obama declared four years ago at the White House — before negotiations on a successor could begin. That position was altered recently to say that a political solution could be sought as long as it included an eventual transition of power, perhaps to another Alawite-dominated government.

But the latest shift is a recognition that Russia and Iran may well be the two biggest voices in who succeeds Mr. Assad — if any political transition can be engineered — and that to leave the Iranians out of the conversation was “simply ignoring reality,” one senior American diplomat said. 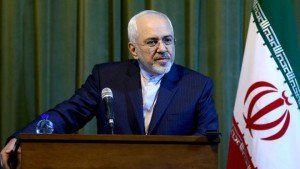 The Iranians did not indicate whether they planned to attend, though American officials expect they will participate on Friday in Vienna, which was also where the last month of the nuclear negotiations took place. During those negotiations, Mohammed Javad Zarif, the Iranian foreign minister, often told his American interlocutors that Syrian affairs were the province of Iran’s military leadership, not its Foreign Ministry.

Mr. Zarif and Mr. Kerry have a deep relationship, one for which Mr. Zarif has often been criticized at home. But for both men, the next steps beyond the Iran negotiation are fraught. Iran’s supreme leader, Ayatollah Ali Khamenei, declared recently that there would be no cooperation with the United States beyond the nuclear accord.

And the Iranian move to side with Russia in Syria — whether it is a tactical step to bolster a flailing ally in Mr. Assad, or a strategic one to play Russia and the United States against each other — has support among hard-liners in the Iranian leadership who feared the nuclear deal would favor reformers, particularly President Hassan Rouhani.

For that reason, many inside and outside Iran have said that the months after the nuclear deal would be marked by confrontations — with the United States, with Saudi Arabia, and with other Sunni states.

But the Russian military intervention changed the parameters of the competition. And it made it difficult for Mr. Kirby to explain Iran’s role. He referred to the need to have “key partners” at the negotiating table, but when challenged about whether Iran was a “partner” he said “they could be.” But when pressed, he said their activities did not yet fit that definition.

The Vienna II meeting, as it is called, comes as Western diplomats seek to advance a United Nations Security Council resolution that would ban Mr. Assad’s use of barrel bombs. They hope it will serve to put pressure on Russia, Mr. Assad’s key ally, and also offer a bit of diplomatic comfort to Western-backed rebel groups, some of whom the Russians have targeted during operations they contended were largely aimed at Islamic State forces and bases.

Western diplomats have long given up insisting that the Syrian president must step down at the start of any transitional process. “The ideal outcome for the Vienna meeting would be a road map” that lays out what a transition will look like, said a Western diplomat who spoke on the condition of anonymity per diplomatic protocol. The diplomat called such a transitional road map “doable.”

“Let’s not dream we will not have a peace plan to be implemented the day after tomorrow,” the diplomat added.

The draft resolution, under Chapter VII of the United Nations Charter, which means that it is enforceable, calls for all warring parties to stop “any disproportionate attacks and as well as any indiscriminate use of weapons in populated areas.”

Russia has in the past expressed no enthusiasm for a ban on the use of barrel bombs, one of Mr. Assad’s most devastating weapons against civilian populations. The use of any weapons that indiscriminately target civilians is already banned under international law. Britain, France and Spain are advancing the barrel bombs resolution.

Path to peace in Syria runs through Moscow, commentary by Josh Cohen, The Moscow Times, Oct 27, 2015 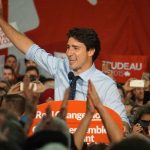 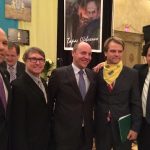