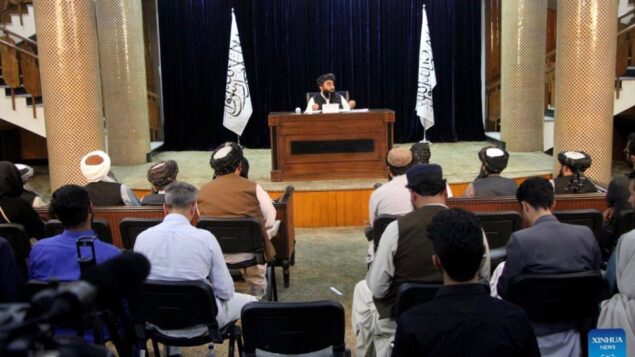 Contrary to the Taliban’s assurances of giving representation to all sections of Afghan society, the 33-member new government has minimal representation from ethnic minorities and no woman ministers.

The Taliban announced the formation of a new government in Afghanistan on Tuesday, September 7. Mullah Hasan Akhund, the head of its decision making body, Rahbari Council, is set to be the prime minister, with Abdul Ghani Baradar and Abdul Salam Hanafi as his deputies. The new government has 33 ministers with no woman members and minimal representation from the country’s ethnic minorities.

The Taliban’s spokesperson, Zabiullah Mujahid, announced the list of ministers in a press conference in Kabul on Tuesday. He has been appointed as the deputy minister for information and culture.

Following the announcement of the new cabinet, the Taliban’s supreme leader Mullah Hibatullah Akhundzada said the new government “will work hard towards upholding Islamic rules and Sharia law” and protect Afghanistan’s “highest interests,” including securing its borders. He added that the government is committed “to ensuring lasting peace, prosperity and development” and will protect the human rights of the country’s minorities and underprivileged groups “within the framework of the demands of the sacred religion of Islam,” Tolo news reported.

Akhund was a deputy of Mullah Omar during the first Taliban government in Afghanistan between 1996 and 2001. Baradar was heading the Taliban’s political office in Qatar. Both of them are the co-founders of the Taliban.

Omar’s son Mullah Yaqoub will be the acting defense minister in the new government and Sirajuddin Haqqani, leader of the Haqqani network, will serve as acting interior minister. The Taliban appointed Mawlawi Amir Khan Muttaqi as acting foreign minister and Hedayatullah Badri as acting finance minister. Muttaqi was part of the team led by Baradar that negotiated last year’s deal with the US, which led to the withdrawal of all foreign troops from the country.

Lack of representation of women and ethnic minorities

Dear all, it’s not only about #ethnic representation, the Taliban don’t represent #Afghans or #Afghanistan PERIOD! https://t.co/XcKwn4nBQc

Several groups and individuals also questioned the presence of hardliners with an established record of human rights violations during their earlier term before the NATO-led invasion of the country. They pointed out that the new government proves that the Taliban has not changed in the last two decades.

Taliban’s new government is 95% Pashtun, all male, & includes many on the UN’s terror list; they have imposed strict gender segregation, beaten protesters, arrested journalists, & killed those who oppose them including a policewoman in front of her family…how very inclusive!

Some of the members of the new government, including Akhund, are on the international list of designated terrorists. Akhund is considered to be the person who ordered the destruction of the Bamiyan Buddhas in 2001. He is on the United Nations’ sanctions list. Sirajuddin Haqqani is on the FBI’s list of most wanted terrorists.

Several commentators on Afghan affairs have suggested that the new Taliban government is dictated by Pakistan. According to former Indian diplomat M. K. Bhadrakumar, the sidelining of Baradar and appointment of Akhund is the handiwork of Pakistan. Faiz Hameed, the chief of Pakistan’s Inter Services Intelligence (ISI), had recently visited Kabul. 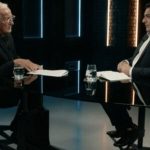 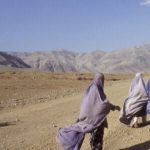 The Other Afghan WomenAfghanistan, South Asia