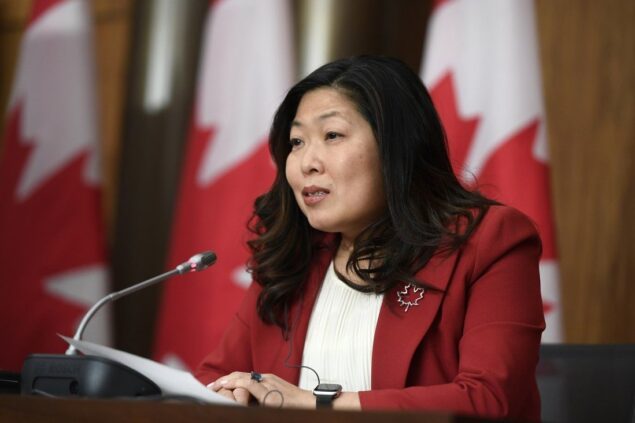 The agreement to start talks on a foreign investment promotion and protection arrangement was struck on Sunday. Taiwan’s cabinet hailed the move as an ‘important milestone’, while Canada called Taiwan a key trade and investment partner

Canada and Taiwan will begin talks on a foreign investment arrangement, their governments have announced, in what Taiwan said was a milestone for trade relations as it tries to shore up its ties around the world.

Ottawa’s international trade minister Mary Ng made the agreement with John Deng, Taiwan’s “minister without portfolio” on trade, during a call on Sunday.

A readout of the call provided by Ng’s department on Monday said that “exploratory discussions” would begin on a possible foreign investment promotion and protection arrangement (FIPA).

In paraphrased remarks, Ng called Taiwan “a key trade and investment partner as Canada broadens its trade links and deepens its economic partnerships in the Indo-Pacific region”, according to the readout.

“The ministers discussed the need for Canada and Taiwan to continue to work together to further promote supply chain resilience and mutually beneficial commercial opportunities, as well as to increase collaboration on science, technology and innovation, education, Indigenous affairs, and the green economy,” the readout said.

In a statement, Taiwan’s cabinet called the move “an important milestone” in strengthening economic and trade relations.

Michael Byers, the Canada Research Chair in Global Politics and International Law at the University of British Columbia, said he did not consider the move “overly provocative” towards Beijing.

“I’m sure it will be met with displeasure but this is not something that Beijing can legitimately retaliate [against],” said Byers, calling the talks a “small step”.

Despite that, Byers said he suspected Ottawa may have held off on the talks while two Canadians, Michael Kovrig and Michael Spavor, were being detained in China, and “maximum caution” needed to be applied.

The pair was released in September, on the same day that Huawei Technologies executive Meng Wanzhou was allowed to leave Canada, where she had been detained on a US arrest warrant, after striking a deferred prosecution deal with US authorities over accusations of fraud.

Canada does not have diplomatic relations with Taiwan. However, Taiwan is Canada’s sixth-largest trading partner in Asia, according to Ng’s ministry.

Taiwan has been angling for trade deals with what it views as like-minded partners such as the United States and the European Union.

Although it is a member of the World Trade Organization, Taiwan only has free-trade agreements with two major economies, Singapore and New Zealand. China has pressured countries not to engage directly with Taipei.

“There’s nothing wrong with two WTO members negotiating on investment; it’s not something that is out of bounds,” Byers said.

China’s embassy in Ottawa did not immediately respond to an emailed request for comment.

China regards Taiwan as a rogue province and has sought to isolate the island’s government, deterring nations from entering state-to-state agreements with it. Beijing also asserts that unification with the mainland will come eventually, by force if necessary.