BEIRUT – Allied with rebels in many parts of Syria, Al-Nusra Front — the country’s Al-Qaeda affiliate — is a major complication for a ceasefire due to come into force midnight Friday, February 26. 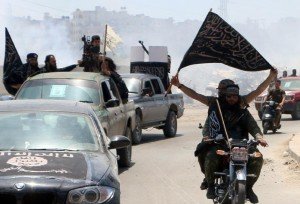 Al-Nusra and the extremist Islamic State group are both excluded from the planned truce between regime forces and non-jihadist rebels.

The head of Al-Nusra, Abu Mohammad al-Jolani, urged opponents of President Bashar al-Assad to reject the truce and instead intensify attacks on the regime. “Beware of this trick from the West and America because everyone is pushing you to go back under the thumb of the oppressive regime,” he said in an audio message released hours before the midnight deadline.

Al-Nusra first emerged in January 2012 – ten months after the start of anti-government protests which were brutally repressed by the Assad regime. The group is an offshoot of the Islamic State in Iraq, Al-Qaeda’s Iraqi affiliate, and Jolani was a leading figure with the group in Nineveh province, a jihadist stronghold in the north of the country.

In April 2013, Al-Nusra refused to join IS and pledged allegiance to Al-Qaeda chief Ayman al-Zawahiri who, seven months later, proclaimed Al-Nusra the only branch of Al-Qaeda in Syria. After that announcement, IS pushed Al-Nusra out of its stronghold in the eastern oil-rich province of Deir Ezzor.

Al-Nusra counts 7,000 to 8,000 fighters, according to Thomas Pierret, a Syria specialist at the University of Edinburgh. “There are quite a few foreigners among the middle managers and less among the fighters,” he said.

According to Pierret, Al-Nusra’s “centre of gravity” is in Syria’s northwestern Idlib province and the south of the northern Aleppo province. But “there is no territory exclusively controlled by Al-Nusra,” he said. “Even in areas where they are very influential, like in certain parts of Idlib province, other groups coexist with them.”

“Generally, they are much less influential in the south,” he said, describing the group as “a minor actor on the southern front (Daraa and Quneitra provinces) and in the Damascus suburbs.”

Al-Nusra’s “financing is rather murky,” said Tamimi, “but it’s clear there have been ties with some elements of Turkish intelligence and Gulf donors in the past.”

Pierret added: “Qatar has long tolerated private fundraising for Al-Nusra from its territory and Turkey has facilitated Al-Nusra’s operations along its border.”

Al-Nusra “remains a transnational jihadist group that is firmly attached to its allegiance to Al-Qaeda” and which has “always refused to engage in dialogue with the political opposition”, he said.

The difference between Al-Nusra and IS lies in their relations with other rebel factions. “IS considers itself to be a state and other armed groups who do not pledge allegiance to be illegitimate,” Pierret said.

Al-Nusra believes it can “confront certain rebel factions over ideological differences but without rejecting the existence of all other groups in principle,” he said.

Tamimi said both groups had the same “end goal” of creating a “global caliphate” but Al-Nusra “plays a more subtle long-game approach focused on trying to build popular support”. 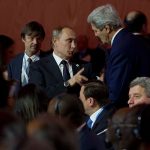 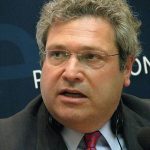