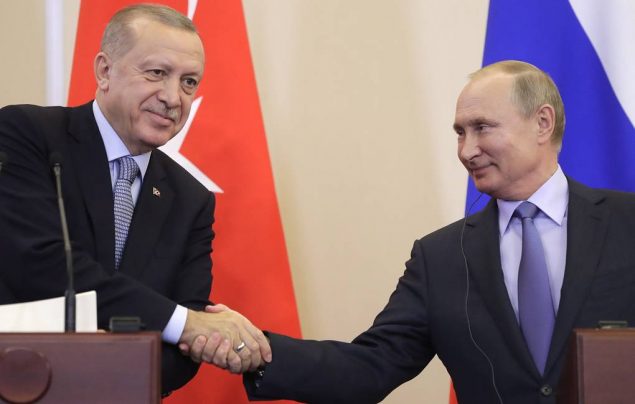 According to the agreement, Turkey’s Operation ‘Peace Spring’ will continue in a limited area between Tell Abyad and Ras al-Ayn with a depth of 32km. Starting from 12:00 October 23, units of the Russian Military Police and the Syrian Army will be deployed along the rest of the Turkish border to the east of the Euphrates.

Syria and Russia should facilitate the removal of the Kurdish People’s Protection Units (YPG) and their weapons from to the depth of 30km from the Turkish-Syrian border. After this, joint Russian-Turkish patrols will start to the east and the west of the area of Operation Peace Spring.

A joint monitoring and verification mechanism to oversee these processes will be established.

Both sides reiterated their commitment to the territorial integrity of Syria and protection of the national security of Turkey, and vowed to combat terrorism in all forms and disrupt separatist agendas in the Syrian territory.

Turkey and Russia emphasized the importance of the 1998 Adana accord, a security pact between Syria and Turkey. Among other things, it allows Turkish to carry out cross-border operations against terrorists in Syria, while Damascus promises not to harbor members of the Kurdistan Workers’ Party.

Other points of the agreement include the need to facilitate return of refugees to Syria and find a long-standing political solution of the conflict in Syria.

On October 22, Syrian government forces completed deployment along the Hasakah-Aleppo highway. On the same day, President Bashar al-Assad inspected frontlines in southern Idlib. During the visit, he called Turkish President Erdogan a “thief” stealing Syrian land. Nevertheless, such statements are typical for the Damascus government, when it comments on Turkish military actions in Syria.

Developments on the ground and actions of the Syrian government demonstrate that Damascus supports the settlement of the situation in northeastern Syria through cooperation with Turkey. 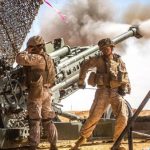 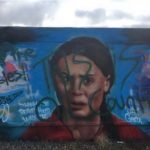