The Russian-Kurdish collaboration in Deir ez-Zor shows that after the United States, Russia, too, will be standing in the way of Turkey’s efforts to block out Syria’s Kurds.

For the past several years, Turkey has feared and sought to prevent two things in Syria: the United States’ partnership with the Kurdish People’s Protection Units (YPG) in northern Syria, and a role for the Kurds in the settlement process that would eventually make their de facto autonomy permanent. 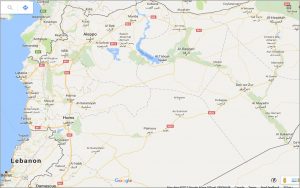 Despite all its efforts, Turkey has failed to stop U.S. military aid for the YPG-dominated Syrian Democratic Forces (SDF). Now it seems to be losing also the second chapter, in which Russia is the lead player. Ankara has signaled readiness even for dialogue with Damascus, but preventing a Kurdish role in the solution process via the Russian track is becoming increasingly difficult.

After a Nov. 24 call between Presidents Donald Trump and Recep Tayyip Erdogan, Turkish Foreign Minister Mevlut Cavusoglu claimed that Trump had promised to stop arming the YPG, but things look quite different from what Ankara is trying to paint. The Pentagon has since said that its support will continue as long as the fight against the Islamic State (IS) continues. Moreover, the Kurds insist they have received assurances that U.S. military presence in liberated areas will continue until a political settlement is reached in Syria. This signals that the United States could stay in the play as a “guarantor” state in a process that would enshrine the de facto Kurdish autonomy into a constitutional framework — an alarming prospect for Ankara.

The most critical developments, however, are taking place in the Kurds’ relations with Russia, which they are building in parallel to their ties with the United States in line with a third-way strategy resting on the balancing of powers.

While the Turks were busy debating whether Russia would greenlight a Turkish military move on YPG-controlled Afrin for the sake of Turkey’s collaboration in the Russian-led Astana process, a new Kurdish-Russian partnership took shape in Deir ez-Zor. In Afrin, the Russians had refrained from publicizing their partnership with the Kurds, though it served to rein in Turkey. But in Deir ez-Zor, they chose to openly declare it. No doubt, this was a move seeking to balance the United States along the Euphrates line and change the rules of the game in favor of Damascus. 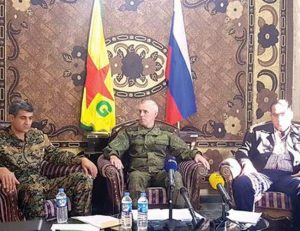 At Deir ez-Zor, the Russians backed the Syrian army on the western side of the Euphrates, and chose to team up with the Kurds on the eastern side of the river. The parties first met in al-Salihiyah, a town in Deir ez-Zor province, on Dec. 3, and subsequently Gen. Yevgeny Poplavsky, the Russian commander at the Hmeimim military base, and YPG spokesman Nuri Mahmoud made a joint press statement in a room adorned with Russian and YPG flags. Poplavsky said they were conducting a joint operation against IS in Deir ez-Zor with various forces, including the YPG. Russian warplanes, he said, have carried out 672 sorties in support of the YPG and other groups, striking some 1,450 targets. Mahmoud said the Kurds would provide security to Russian forces on the eastern side of the Euphrates.

Another meeting, attended by YPG General Commander Sipan Hemo, resulted in a decision to set up a joint operation room in al-Salihiyah, which Poplavsky described as very important in terms of support for the YPG. Hemo thanked both Russia and the United States for their help in fighting IS, adding, “We declare our readiness to form joint operation rooms with our partners in the war against IS to increase the momentum of this coordination and eliminate this terror completely.”

Turkey, which cooperated with Russia and Iran in creating de-escalation zones through the Astana process, has remained silent about the meeting in Deir ez-Zor. The Russian Defense Ministry, meanwhile, said the Russian and YPG representatives “evaluated the steps to be taken” after the ouster of IS.

In March, Russia had deployed troops to the village of Kafr Janneh in Afrin with the stated aim of monitoring the cease-fire in the area. In July, while the Raqqa operation was underway, it set up a joint operation room with the Syrian army and the YPG in a desert area near Rusafa. Now, with al-Salihiyah, Russia’s partnership with the Kurds takes on a more significant dimension.

The Russian-Kurdish cooperation in Deir ez-Zor “developed on Russia’s initiative,” an official from the Democratic Union Party (PYD), the YPG’s political wing, told Al-Monitor. As the fight against IS draws to an end, the Kurds are entering a period of critical choices, according to the Kurdish official, who is involved in civil administration work in Raqqa.

“We are trying to stay on good terms with the Russians [but] this does not diminish the importance of our partnership with the United States. American officials have told us they will not pull out until a political solution is reached in Syria, meaning that U.S. support in areas liberated from IS will continue,” the official said.

“Then, there is another process going on,” he continued. “Russia, too, is trying to pull us to its side. Despite Turkey’s objections, we will attend the Syrian National Dialogue Congress in Sochi in February [2018]. More precisely, representatives of the Democratic Federation of Northern Syria will attend. We will go as a big delegation including various quarters — probably 40 people or so.”

The official stressed the United States could make an important political gesture to the Kurds in the coming days. “For now, the partnership is on a military level. From the very beginning, we have been asking for political recognition. We expect progress on this issue in the coming days. I mean there could be a U.S. opening vis-a-vis the Democratic Federation of Northern Syria,” he said.

The official could not specify what the “opening” might be, but said the issue was being “discussed as an idea.” He added, “Many countries lent support to the civil administration in Raqqa. This support could reach a new level. No doubt, the United States will continue to consider Turkey’s sensitivities, both because of their alliance in NATO and the military bases [in Turkey]. Turkey will remain an element of threat and balance. This is something we take into account, but our cooperation with both Russia and the United States is creating a balance for us as well.”

Because of uncertainties in Washington’s game plan in Syria, the Russian plan is progressing faster. Hence, the Kurds are inclined to put more of their eggs in the Russian basket, as evidenced by a series of statements recently that leave the door open to collaboration with Moscow as well as directly with Damascus. The PYD’s Moscow representative Abd Salam Muhammad Ali, for instance, told Russia’s Izvestiya daily last week that the SDF could be integrated into the Syrian army if a political solution that satisfied all parties was found.

In other remarks to the Russian press, the PYD representative said that the time had come for dialogue with Syrian President Bashar al-Assad, stressing that the Kurds were not seeking independence but “a federate democratic republic within a united Syria.”

In sum, the latest Kurdish positions reflect a greater willingness for dialogue with Damascus, which means that the Russian option is gaining weight in terms of cooperation prospects. Ankara, for its part, remains opposed to any scenario that involves the Kurds as stakeholders in the post-IS political and reconstruction process.

Fehim Tastekin is a Turkish journalist and a columnist for Al-Monitor’s ‘Turkey Puls’. He previously wrote for Radikal and Hurriyet. He has also been the host of the weekly program ‘SINIRSIZ’ on IMC TV.

DEIR EZ-ZOR, Syria – Kurdish formations are ready to provide security for Russia’s task force on the eastern bank of the Euphrates River, the Russian Center for the Reconciliation of the Warring Sides in Syria told journalists on Monday.

“Kurdish formations are ready to provide security for the Russian force grouping located on the eastern bank of the Euphrates,” Co-Chairman of the Committee for Governance of the Eastern Euphrates Territories Mahmoud Nuri said.

According to Russia’s representative, Major General Yevgeny Poplavsky, officers from the Russian Center for Reconciliation together with representatives of the local authorities are working on ways to create conditions for the return of civilians and humanitarian aid deliveries to areas on eastern bank of the Euphrates River. The Russian general also said that Syria’s territory east of the Euphrates would be liberated from terrorists in the coming days.

Nuri, in turn, pointed out that the Kurdish militia had been effectively fighting against the Islamic State (outlawed in Russia) under the Russian command, and thanked Russia for helping bring peace back to Syria.

According to the Russian Center for Reconciliation, the first meeting of the Committee for Governance of the Eastern Euphrates Territories took place in the town of Al-Salhiyah (Deir ez-Zor province) on December 3. A total of 23 delegates, representing all the ethnic and religious groups residing east of the Euphrates River, took part in the meeting.

Russia’s Aerospace Force has carried out 672 combat flights, hitting over 1,450 targets in the eastern part of Syria’s Deir ez-Zor province, to provide support to militia units formed by the eastern Euphrates tribes and the Kurds, a source in the Russian Center for Reconciliation of the opposing sides in Syria told reporters on Monday.

“In order to support the offensive conducted by the people’s militia formed by the eastern Euphrates tribes and the Kurdish militias, the Russian Aerospace Force carried out 672 sorties, hitting more than 1,450 targets,” Russian Major General Yevgeny Poplavsky said at the first meeting of the committee for administration of the eastern Euphrates areas.

The general added that the militia units’ activities on the eastern bank of the Euphrates River were being coordinated by the command of the Russian troops deployed to Syria.

Poplavsky also said that “the eastern Euphrates tribes’ militia units are completing the operation against the ISIL [the former name of the Islamic State terror group outlawed in Russia – TASS] terrorists in the eastern part of the Deir ez-Zor province.” 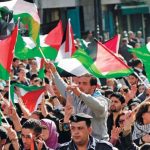 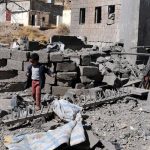 ‘The humanitarian crisis in Yemen is very much the result of a U.S.-Saudi war’Multipolarity