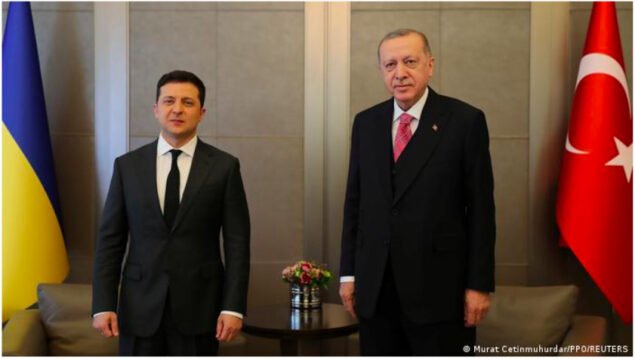 A recent piece entitled “The US will organize and put the blame on Turkey: The conspiracy of mercenaries in the Ukraine,” which appeared on the Turkish website UWI, piqued the the NCW editorial team’s curiosity. We shared it with our Ukraine expert and asked for their comments. This is Dmitriy Kovalevich’s exclusive report for New Cold War.

Click here to read: The US will organize and put the blame on Turkey: The conspiracy of mercenaries in the Ukraine

With the beginning of a new escalation of the conflict in Donbass, a question has once more arisen for Kiev: where to get an adequate supply of motivated soldiers. Among Ukrainian servicemen, there are relatively few who are eager to fight. Only the most inveterate ultra-right nationalists can be considered enthusiastic, but their number is small even when compared with the Donbass rebels. If it suddenly comes to an intervention by the regular Russian army, Kiev has no chance.

All Kiev’s hopes lie with the intervention of foreign troops. The Ukrainian authorities are trying to draw NATO into a possible conflict, but the alliance countries are not particularly keen to enter into a military conflict with the Russian Federation. In such a situation there are conversations taking place about the possibility of attracting mercenaries from Middle Eastern countries. Primarily, it is about radical Islamists with experience of fighting in Syria.

The Turkish government has stated that in the event of a conflict between Russia and Ukraine, it will not take any side. “Turkey supports the territorial integrity of any country—Ukraine, Russia and everyone else—and we are building relations with both Russia and Ukraine. Our relations between each of the countries should not affect relations with other countries. In the misunderstanding between Ukraine and Russia, we do not support any side,” said Mevlut Cavuşoğlu, head of the Ministry of Foreign Affairs of Turkey, on April 15.[1]

However, just five days earlier, on April 10, at a meeting of the presidents of Ukraine and Turkey, Zelensky and Erdoğan agreed to continue coordinating the steps aimed at restoring the territorial integrity of Ukraine, in particular the “de-occupation of the Autonomous Republic of Crimea, as well as Donetsk. and Luhansk regions.” [2] This plainly implied a conflict with Russia.

Perhaps the change in position we now see is due to the reaction of the Russian authorities. Meanwhile, during a joint press conference of the Russian and Egyptian Foreign Ministers on April 12, the Russian Foreign Minister Sergei Lavrov, warned Turkey about the dangers of fueling Kiev’s militarism, saying: “I will say right away that we strongly recommend all responsible countries we which we communicate, and Turkey is one of them, to analyze the situation, the eternal militant statements of the Kiev regime and warn them against feeding these militaristic sentiments.”[3]

So, we can see some contradictions in Turkey’s position. It is worth recalling that Azerbaijan’s actions last year in Nagorno-Karabakh inspired Ukraine to escalate its own conflict. Turkish drones were widely used in Karabakh; Turkish instructors trained the Azerbaijani military. In addition, there were reports that pro-Turkish militants from Syria’s Idlib province were transferred to Azerbaijan. Officially, however, Turkey did not participate in the military campaign, like Armenia, which does not formally recognize Nagorno-Karabakh, but renders assistance to it. The situation is similar regarding the unrecognized republics of Donbass.

Could conflict be beneficial for Turkey?

Some Turkish experts argue that Turkey, like the United States, may benefit from a direct conflict between Ukraine and Russia. As the Turkish edition Medya Günlüğü [4] wrote on April 13, in the confrontation between Ukraine and the Russian Federation, each side wants to gain advantages. But this conflict is also beneficial for Turkey, despite the country’s exceptional attitude towards both sides of the conflict. The difficult situation in the Donbass region prevents Russia from focusing on the situation around Syria and Libya. Turkey is successfully using this opportunity to its benefit, and Kiev is forced to make concessions in many areas of cooperation with Ankara. Furthermore, Ukraine has begun to buy a lot of weapons from Turkey, it orders military equipment and makes significant concessions in promoting Turkish policy on Ukrainian territory.

Russian war correspondent Yuri Kotenok, who worked in Syria, Nagorno-Karabakh and Donbass, wrote about this probability on April 15:[5] “In Syria, Janissaries are being recruited against Donbass. There is information that in the northern territories of Syria occupied by Turkish formations, Ankara’s special services are recruiting militants from pro-Turkish terrorist gangs to participate in hostilities on the side of Ukraine against … the republics of Donbass.

If such facts are confirmed, it will become evidence that Ankara intends to play the “Karabakh party” directly against Russia. And the information that the Russians are still trampling on the “national honor” of the Ottomans can be used to “justify” Turkey’s involvement in another military adventure with unpredictable consequences.”

Regarding the possible transfer of radical Islamists from Syria to Ukraine, Russian military analyst Boris Rozhyn wrote on April 16:[6]

A common enemy for Islamists and far right militia

Earlier radical Islamists used to arrive to fight in Donbass from Syria. However, there were only some dozens of them – mainly from Chechen diaspora who cooperated with neofascists from the Right Sector.

‘Just an hour’s drive from this city under siege, at an old resort on the Azov Sea that’s now a military base, militants from Chechnya—veterans of the jihad in their own lands and, more recently, in Syria — now serve in what’s called the Sheikh Mansur Battalion. Some of them say they have trained, at least, in the Middle East with fighters for the so-called Islamic State, or ISIS […]

Over the past year, dozens of Chechen fighters have come across Ukraine’s border, some legally, some illegally, and connected in Donbass with the Right Sector, a far-right-wing militia. The two groups, with two battalions, have little in common, but they share an enemy, and they share this base’, reported the Daily Beast in 2015.[7]

Last week, Alexei Danilov, the secretary of Ukraine’s Council of National Defence and Security frequently mentioned ‘Free Ichkeria’ and Chechen freedom fighters encouraging Ukrainian nationalists, by the ‘imminent collapse of the Russian Federation’. Ukraine’s media have reported that president Zelensky used to meet with members of the Chechen Islamist diaspora during his visits to Turkey.

The Ukrainian investigative journalist, Evgenii Plinsky, recently connected Ukraine’s sanctions with some supposed ‘kings of smuggling’ (beyond the reach of the courts) as a result of visits to Turkey. According to Plinsky, this is part of a purging of an element of the illegal smugglers’ market share, for the benefit of the Chechen diaspora that would occupy the vacant niche.

Plinsky wrote: “The redistribution may be associated with the influence of the head of British intelligence MI6, Richard Moore, with whom Vladimir Zelensky met in London on October 12, 2020. While working in Turkey, Richard Moore actively and publicly supported President Recep Erdoğan after the [2016] coup [attempt]. His portfolio includes many recruited merchants.”[8]

Richard Moore is often referred in the Russian media as the main supporter of Erdoğan’s ambitions to create ‘Great Turan Empire,’ which unites all Turkic peoples. The project is supposed to be directed mainly against Russia—a home for many Turkic peoples from Tatars to Bashkirs.

Observations from Russia and Greece

However, earlier this year Russian Foreign minister Sergei Lavrov was skeptical about this project. “If we talk about the Great Turan as a supranational entity in the historical sense, I do not think Turkey seeks this goal. I cannot see how the countries that used to be part of the Soviet Union and then became independent, can support any form of this idea in real life. On the contrary, the entire pathos of their foreign policies and the practice of their activities are to strengthen their national states,” he said.[9]

However, in December 2020 a Greek publication, the Greek City Times (GCT), said of an informal UK-Turkish-Ukrainian alliance against Russia. “Erdoğan uses Turkish minorities, whether they be in Syria, Greece or Cyprus, to justify interventions and/or involvement in other countries internal affairs. Erdoğan is now using the Tatar minority to force himself into the Crimean issue while simultaneously helping Ukraine arm itself militarily.

With Turkish diplomatic and technological support, alongside British diplomatic, technological, and perhaps limited military support, Ukraine might be emboldened to engage in a campaign against Crimea or disrupt Russian trade in the Black Sea. It certainly appears that an informal tripartite alliance is emerging between the UK, Turkey and Ukraine, and it is aimed against Russia in the Black Sea to end the status quo and insert their own security structure in the region on their own terms”, GCT writes. [10]

There is a strong probability that the UK is playing a decisive role in this informal trio. Therefore, despite being dangerous for Turkey, spoiling the country’s trade relations with Russia, and dangerous for Ukraine, which will have armed radical Islamists on its territory, the decision will almost certainly be taken in London. 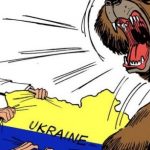 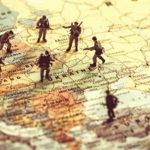