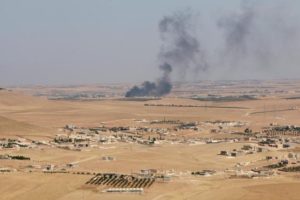 WASHINGTON – Thousands of U.S.-backed fighters in Syria are launching an offensive to capture from Islamic State a crucial swathe of northern Syria known as the Manbij pocket following weeks of quiet preparations, U.S. officials disclosed to Reuters.

The operation, which only just started to get underway on May 31 and could take weeks to complete, aims to choke off Islamic State’s access to Syrian territory along the Turkish border that militants have long used as a logistics base for moving foreign fighters back and forth to Europe.

“It’s significant in that it’s their last remaining funnel” to Europe, a U.S. military official said. 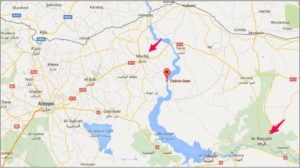 A small number of U.S. special operations forces will support the offensive on the ground, acting as advisors and staying some distance back from the front lines, the officials said, speaking on condition of anonymity to discuss military planning.

“They’ll be as close as they need to be for the (Syrian fighters) to complete the operation. But they will not engage in direct combat,” the official said.

The operation will also count on support from U.S.-led coalition air strikes as well as from ground-based firing positions across the border in Turkey. Related Coverage

Perhaps essential for NATO ally Turkey, the operation will be overwhelmingly comprised of Syrian Arabs instead of forces with the Kurdish YPG militia, who will only represent about a fifth or a sixth of the overall force, the officials said.

Ankara considers the Syrian Kurdish YPG fighters to be terrorists and has been enraged by U.S. backing for the militia in its battle with Islamic State in Syria.

Turkey has been alarmed by advances by Kurdish forces along its border and opposed the idea of YPG fighters taking control of the Manbij pocket. The Kurdish YPG militia already controls an uninterrupted 400 km (250 mile) stretch the border.

The officials told Reuters, however, the YPG will only fight to help clear Islamic State from the area around Manbij. Syrian Arab fighters would be the ones to stabilize and secure it once Islamic State is gone, according to the operational plans.

“After they take Manbij, the agreement is the YPG will not be staying … So you’ll have Syrian Arabs occupying traditional Syrian Arab land,” the official said, adding Turkey supported the offensive. Related Coverage

The operation comes ahead of an eventual push by the U.S.-backed Syrian forces toward the city of Raqqa, the Islamic State’s defacto capital in Syria and the prime objective in Syria for U.S. military planners.

The U.S. military official said depriving Islamic State of the Manbij pocket would help further isolate the militants and further undermine their ability to funnel supplies to Raqqa.

U.S. President Barack Obama has authorized about 300 U.S. special operations forces to operate on the ground from secret locations inside Syria to help coordinate with local forces to battle Islamic State there.

In a reminder of the risks, one U.S. service member was injured north of Raqqa over the weekend, the Pentagon said.

The objective of the operation starting Tuesday is to take under control a strip of land along the Turkish-Syrian border called the “Manbij pocket,” reportedly hosting the last remaining major supply route of the terrorists from Europe and back.

The Democratic Forces of Syria, reportedly assisted by Kurdish fighters from the People’s Protection Units (YPG), constitute the backbone of the operation’s strike force.

The number of American military advisers is small and they will not be engaging in direct fighting. Instead, they will be directing the operation, U.S. officials told Reuters.

“They’ll be as close as they need to be for the [Syrian fighters] to complete the operation. But they will not engage in direct combat,” the official said.

Last week, the White House admitted to the presence of up to 300 U.S. operatives in Syria.

The US-led antiterrorist coalition is providing air support to the operation and, according to Reuters, fire support is also provided from the ground-based firing positions on Turkish territory.

The Kurdish YPG militia accounts for reportedly about 20 percent of the offensive forces, which could be important for Turkey, which has been urging the U.S. to exclude Kurds from the American allies in the region.

There has been at least one recent dispute between Ankara and Washington, when Turkey questioned its relationship with the U.S. following American soldiers being spotted in Syria wearing badges of the YPG, a Kurdish organization considered terrorist by Turkey.

Ankara opposes the idea of Kurds controlling Manbij, so the U.S. reportedly assured Turkey that Kurds would only help to oust ISIS, and then the liberated area will be controlled by Syrian Arab fighters.

“After they take Manbij, the agreement is the YPG will not be staying … So you’ll have Syrian Arabs occupying traditional Syrian Arab land,” the U.S. official told Reuters, confirming that Turkey’s military has supported the offensive.

EUPHRATES RIVER, Syria – An alliance of U.S.-backed Syrian militias vowed on Thursday to drive Islamic State from the city of Manbij and nearby areas in northern Syria, urging civilians there to stay away from Islamic State positions that would be targeted in the campaign.

“We confirm that this campaign will continue until the liberation of the last inch of the land of Manbij and its rural areas,” said a joint statement in the name of the attacking Syria Democratic Forces and allied Manbij Military Council.

The statement was read out on the banks of the Euphrates River by Manbij Military Council commander Adnan Abu Amjad.

“We urge our people in the city of Manbij to stay away from all centres and positions where the Daesh terrorists are present because they will be military targets for our forces. We call on them to take measures to ensure their safety,” he said.

“We also call on our people in Manbij to offer support and help to our forces,” said Abu Amjad. He said the Manbij military council represented all the area’s ethnic groups which he listed as Arabs, Kurds, Turkmen and Circassians.

The statement urged civilians in Manbij to cooperate with the attacking forces and said control would be handed to a civilian council after the town was freed.

“Oh brave people of Manbij, our forces are coming to liberate our from the shackles of the Daesh terrorist torturers.”

Thousands of U.S.-backed fighters opened a major new front in Syria’s war, launching an offensive to drive Islamic State out of a swathe of northern Syria it uses as a logistics base.

The operation, which began on Tuesday after weeks of quiet preparations, aims to choke off the group’s access to Syrian land along the Turkish border that the militants have long used to move foreign fighters back and forth to Europe. Related Coverage

A Kurdish source, speaking on condition of anonymity to Reuters in Beirut, predicted the Syrian militias would reach Islamic State-held Manbij within days, after advancing to within 10 km (6 miles) of the town.

It was too early to say how the battle for Manbij would go, the source said, but added that Islamic State defences stationed on the west bank of the Euphrates River had collapsed at the start of the campaign. 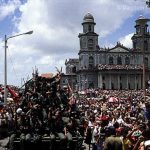 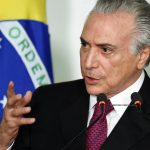