When a severe drought hit Syria a decade ago, the U.S. government chose not to help but rather exploit the environmental crisis to force a “regime change,” a decision that contributed to a humanitarian crisis.

For Republican presidential front-runner Donald Trump, the only thing to fear about climate change is fear itself. As he declared in a 2014 tweet, “This very expensive GLOBAL WARMING bullshit has got to stop.”

Perhaps taking his words to heart, the four major U.S. TV networks cut their already minimal coverage of climate issues to a combined total of just two-and-a-half hours for all of 2015. 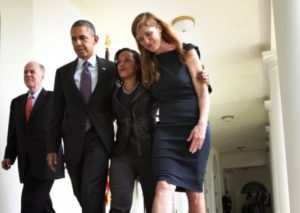 So it should come as little surprise that few media bothered to cover a frightening new report this month by Germany’s prestigious Max Planck Institute, which concluded that searing temperatures in the Middle East and North Africa could render much of the region uninhabitable by the end of this century and create a “climate exodus” that dwarfs today’s mass migration of refugees from the area.

But we don’t have to wait decades to see the explosive impact of climate change on the Middle East. For the past decade, scientists, humanitarian workers and U.S. diplomats have watched as devastating heat and drought disrupted Syria, causing hunger, unemployment, internal migration and civil unrest.

Aggravated by government mistakes and foreign intervention, those ills helped trigger the tragic violence that has killed nearly half a million Syrians and displaced more than half its population.

As a study published last year by the National Academy of Sciences declared, “Before the Syrian uprising that began in 2011, the greater Fertile Crescent experienced the most severe drought in the instrumental record. For Syria . . . the drought had a catalytic effect, contributing to political unrest.”

Thanks to documents released by Wikileaks, we know that none of this came as any surprise to Washington. In August 2006, the U.S. embassy in Damascus reported that Syria faced a “water crunch” that could “balloon into a crisis in the medium to long term.” Although Damascus had “initiated steps to transition Syria’s agricultural sector to modern, more water-efficient, irrigation techniques,” the report warned that “the country’s emerging water crisis carries the potential for severe economic volatility and even socio-political unrest.”

Instead of helping the country overcome this looming crisis, however, the embassy began drafting recommendations for ways to destabilize Syria’s government — ranging from fomenting sectarian disputes to fanning rumors of coup plots within the country’s security services. By 2009, predictions of a crisis had come true.

“A combination of low rainfall and serious sand storms have all but wiped out the (wheat) crop in Syria’s three eastern provinces,” the embassy reported. It also cited estimates that “up to 120 villages in eastern Syria had been ‘abandoned’ due to ‘climate change’” and that more than a quarter million desperate people had left the region in search of food and jobs.

The business publication Trade Arabia called it “one of Syria’s largest internal migrations since France and Britain carved the country out of the Ottoman Empire in 1920.”

One of the prime destinations for Syria’s dispossessed families was the hard-hit town of Dara’a, near the Jordanian border. It would become the epicenter of Syria’s 2011 unrest. The Syrian government admitted that the scope of the disaster far exceeded its capacity to respond. It appealed to the UN for aid — hoping that Washington would reconsider its refusal to contribute humanitarian assistance.

The embassy recommended offering some aid in light of the growing crisis: “While it is unlikely that Syrians will starve, we agree with UN interlocutors that the ongoing migration from the rural east to Syria’s western corridor, and the accompanying social and economic dislocation, could trigger a humanitarian crisis.”

By January 2010, the embassy was citing estimates by the UN World Food Program that 1.3 million Syrians had been affected by the drought and 800,000 were “in dire need of assistance.” UN experts begged the United States to contribute aid to prevent a worsening disaster. But American supporters of regime change argued for continuing to withhold aid.

Andrew Tabler of the neo-conservative Washington Institute for Near East Policy crowed in early 2010 that U.S. economic sanctions had “badly hit the Assad regime,” making it harder to trade with Syria than with Iran. “The regime’s economic woes only made sanctions more effective,” he observed. Oil production had “plunged 30 percent” over the past five years, Syria’s manufacturing sector was shrinking fast, and, not least, “a massive . . . drought devastated Syrian agriculture.”

“That’s why President Obama may be tempted to ease Syria’s pain,” Tabler observed. “He shouldn’t.”

The Obama administration earmarked no aid for Syria that year, as the country remained in crisis.

In October 2010, just half a year before anti-regime demonstrations erupted in the crowded town of Dara’a, the New York Times reported from Syria that “after four consecutive years of drought, this heartland of the Fertile Crescent . . . appears to be turning barren, climate scientists say. Ancient irrigation systems have collapsed, underground water sources have run dry and hundreds of villages have been abandoned as farmlands turn to cracked desert and grazing animals die off. Sandstorms have become far more common, and vast tent cities of dispossessed farmers and their families have risen up around the larger towns and cities of Syria.”

The story added, “The four-year drought in Syria has pushed two million to three million people into extreme poverty, according to a survey completed here this month by the United Nations special rapporteur on the right to food . . . Herders in the country’s northeast have lost 85 percent of their livestock, and at least 1.3 million people have been affected, he reported.”

The paper called the crisis “a rising security concern” for the government, especially “because it is taking place in the area where its restive Kurdish minority is centered.”

The story legitimately blamed poor government planning and misguided irrigation investments for compounding the problem. But Syria had no monopoly on inept water management, as drought-stricken California amply proves. Such criticisms also give too little weight to the regime’s substantive (and sometimes unpopular) reforms, including reduced fuel and food subsidies, a law to restrict groundwater depletion from the digging of new wells, and promotion of drip irrigation.

Many critics also ignored the fact that Syria was losing precious water as Turkey diverted flows from the Euphrates River. And Syria had never recovered from its loss of water from the Golan Heights and Sea of Galilee after Israel occupied those lands in 1967.

In any case, few governments could have coped with what one expert called “the worst long-term drought and most severe set of crop failures since agricultural civilizations began in the Fertile Crescent many millennia ago.”

Compounding the drought and the effects of internal migration was the enormous economic and social stress caused by the more than 1.2 million Iraqi refugees who sought safe haven in Syria after the U.S. invasion of Iraq in 2003.

As last year’s study published by the National Academy of Sciences observed, “The population shock to Syria’s urban areas further increased the strain on its resources. The rapidly growing urban peripheries of Syria, marked by illegal settlements, overcrowding, poor infrastructure, unemployment, and crime, were neglected by the Assad government and became the heart of the developing unrest.”

The escalation from unrest to all-out war doubtless owed more to politics than climate change. But Syria’s social and government institutions, weakened by years of national hardship and privation, were by 2011 easy targets for foreign powers and domestic extremists bent on toppling the Assad regime.

The current crisis may be only a taste of what’s to come as rising temperatures and dwindling water supplies make life even more desperate in the region. The implications are serious not only for the Middle East and North Africa, but for Europe, which already faces extreme political pressure from the influx of migrants and refugees.

As Secretary of State John Kerry said last year, “You think migration is a challenge to Europe today because of extremism, wait until you see what happens when there’s an absence of water, an absence of food, or one tribe fighting against another for mere survival.”

The Obama administration’s attention to climate change as a strategic, economic and humanitarian issue stands in sharp and welcome relief to Republican Party denialism. But its worthy efforts to coordinate an international response to global warming are not enough.

Washington must also stand ready to help even inept or unfriendly governments — like Assad’s in Syria — cope with the immense social and economic stresses that millions of their citizens are today suffering as the planet warms. As Syria’s tragedy illustrates, taking advantage of regimes weakened by environmental catastrophes to coerce political changes is a recipe for humanitarian disaster and endless violence.

Jonathan Marshall is author or co-author of five books on international affairs, including The Lebanese Connection: Corruption, Civil War and the International Drug Traffic (Stanford University Press, 2012). Some of his previous articles for Consortiumnews were “Risky Blowback from Russian Sanctions”; “Neocons Want Regime Change in Iran”; “Saudi Cash Wins France’s Favor”; “The Saudis’ Hurt Feelings”; “Saudi Arabia’s Nuclear Bluster”; “The US Hand in the Syrian Mess”; and “Hidden Origins of Syria’s Civil War.” 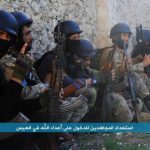 After splitting with Al-Qaeda, Al-Nusra is being presented to the West as a moderate force; it is nothing of the sortMultipolarity 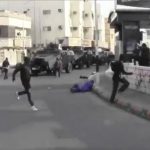 Canada must ‘stick to its word’ on Saudi arms sales, PM Trudeau saysMultipolarity