MARIUPOL, Ukraine — A volunteer brigade with self-proclaimed Nazis fighting alongside government troops against Russian-backed separatists is proving to be a mixed blessing to its cause.

Though the 900-member Azov Brigade adds needed manpower to repulse the rebels, members who say they are Nazis are sparking controversy, and complaints of abuses against civilians have turned some residents against them.

A drill sergeant who would identify himself only as Alex wore a patch depicting Thor’s Hammer, an ancient Norse symbol appropriated by neo-Nazis, according to the Anti-Defamation League. In an interview with USA TODAY, he admitted he is a Nazi and said with a laugh that no more than half his comrades are fellow Nazis. He said he supports strong leadership for Ukraine, like Germany during World War II, but opposes the Nazis’ genocide against Jews. Minorities should be tolerated as long as they are peaceful and don’t demand special privileges, he said, and the property of wealthy oligarchs should be taken away and nationalized.

He vowed that when the war ends, his comrades will march on the capital, Kiev, to oust a government they consider corrupt. Alex, a drill sergeant with the Azov Brigade, supervises

Russian media exploit such statements to describe the brigade in this port city in eastern Ukraine as a bunch of thugs who menace the population yet are embraced by Ukraine’s national government.

Andriy Diachenko, a spokesman for the Azov Brigade, said only 10% to 20% of the group’s members are Nazis. “I know Alex is a Nazi, but it’s his personal ideology. It has nothing to do with the official ideology of the Azov,” Diachenko said. “He’s a good drill sergeant and a good instructor for tactics and weapons skills.”

The brigade’s deputy commander, Oleg Odnorozhenko, complained that Alex does not speak for the group. “If he has his own sympathies, it’s his own matter,” Odnorozhenko said in a former high school serving as a base. “But he has no right to make statements in a way they can be construed as the position of the regiment. He will be dealt with severely for his lack of discipline.”

Col. Oleksiy Nozdrachov, a member of the Ukrainian Armed Services’ General Staff in Kiev, defended the brigade’s members as patriots. “They are volunteers who decided to sacrifice their lives to the country,” Nozdrachov said. “They are tough and fierce in battle who stand and fight and won’t give up soil.”

He conceded that abuses by the brigade could hurt the nationalist cause among residents. “If any cases of misbehavior by Azov Brigade are brought by the local population, it will be investigated,” he said. The Azov Brigade trains March 7 in Kulykivske.

In one case of alleged abuse, shop owner Svetlana Gudina, 51, said Azov troops detained her two sons, ages 28 and 32, and seized their cars, cash, flash drives and documents while searching for separatists last September. The men were released, and she managed to recover the cars and money, but the experience destroyed her trust in Ukrainian authorities. “If they have come to defend us, let them defend,” Gudina said. “But when they come to molest and humiliate civilians, it’s wrong.”

Spokesman Diachenko said he was unfamiliar with the incident, but “such episodes happen because this is war.” Nozdrachov offered to send an investigator to look into Gudina’s claims, an offer she accepted.

Similar incidents have been attributed to armed units on both sides of the war. A report March 5 by the United Nations’ High Commissioner for Human Rights described “credible allegations of arbitrary detention, torture and enforced disappearances, committed mostly by the armed groups but in some instances also by the Ukrainian law enforcement agencies.”

The brigade’s recruits, ranging from teens to middle-aged men, come from the separatist-held eastern Ukrainian cities of Donetsk and Luhansk, the central city of Kirovograd and the former Soviet republic of Belarus. Several said they want to protect their homeland and Europe from the ambitions of Russian President Vladimir Putin, whom they blame for the war.

Deputy commander Odnorozhenko said the brigade preaches Ukrainian patriotism and independence, strong leadership and accountability. “Ideas like going to Kiev to change the government in an illegal way should be nipped in the bud,” he said.

Alex Borisov, 44, a trainer for Ukraine’s military, said he spent two weeks teaching shooting and tactics to  group of brigade members who speak mostly Russian. “I didn’t see any fascists or anti-Semites,” Borisov said. “And I tell you this as a Jewish guy.” 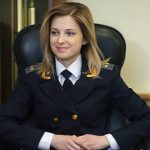 ‘Rather be in prison than work for fascists’ – Crimea’s Chief Prosecutor Natalya PoklonskayaCrimea, Digest 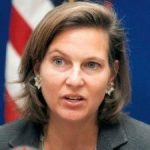