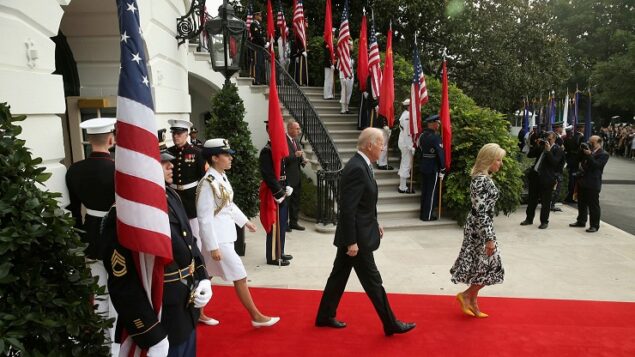 The very first “Summit for Democracy” will be held in early December 2021. Organized by the United States, it will include “leaders from government, civil society, and the private sector,” all unilaterally picked by the United States who, by implication, has unilaterally declared itself arbiter of which nations are deemed “democratic” and by process of counting the uninvited, those deemed “undemocratic.”

The very first “Summit for Democracy” will be held in early December 2021. Organized by the United States, it will include “leaders from government, civil society, and the private sector,” all unilaterally picked by the United States who, by implication, has unilaterally declared itself arbiter of which nations are deemed “democratic” and by process of counting the uninvited, those deemed “undemocratic.”

US-sponsored opposition movements in nations left uninvited took the opportunity to portray the summit as validation for some and a “slap in the face” to others.

Thai PBS in an article titled, “Thailand’s exclusion from global Democracy Summit ‘a warning sign’ to Prayut’s govt,” would suggest as much. The article also claims:

Of all the 111 invited countries, including the US, 77 rank as “free” or fully democratic, according to Freedom House’s 2021 report. Another 31 invitees rank as “partly free”, and three countries fall into the “not free” category.

The US State Department’s official announcement regarding the summit would claim:

Leaders will be encouraged to announce specific actions and commitments to meaningful internal reforms and international initiatives that advance the Summit’s goals.

These pledges will include domestic and international initiatives that counter authoritarianism, combat corruption, and promote respect for human rights.

Politico in an article titled, “An ‘Illustrative Menu of Options’: Biden’s big democracy summit is a grab bag of vague ideas,”  would also claim:

One, somewhat vague initiative the Biden team has discussed launching during the summit is an international alliance to promote internet freedom — called “The Alliance for the Future of the Internet,” according to documents obtained by POLITICO. US officials also have floated a list of potential commitments other countries can make, such as increasing funds for media literacy programs or enacting export controls on some dual-use technologies.

“Internet freedom” and “media literacy” are euphemisms for increasing Western influence and control over the Internet and crowding out both independent alternative voices and state media from nations targeted by the West.

Rhetoric aside, the summit will likely focus precisely on this – using terms like “democracy,” “human rights,” and “anti-corruption” as cover for otherwise preserving or reasserting Western primacy around the globe where it has declined in recent years.

The “Summit for Democracy” at face value alone operates under a questionable premise, one that the US somehow leads “democratic” nations around the globe to “counter authoritarianism, combat corruption, and promote respect for human rights.”

Nowhere is it explained as to who picked the United States to “lead” the world in these matters in the first place. There is also the reality that the US itself does not live up to or contribute toward any of the stated objectives of the summit. This summit’s announcement comes just months after the US withdrawal from Afghanistan when US President Joe Biden ordered a parting drone strike that wiped out an entire family of 10 including 7 children.

A BBC article, “Deadly US drone strike in Kabul did not break law, Pentagon says,” notes that not only did the US murder an entire family thousands of miles from its own shores, US investigators could find no law broken by the US in doing so. The BBC quoted US Air Force Inspector Lieutenant General Sami Said as saying, “it was an honest mistake.”

The atrocity carried out in Afghanistan is not an isolated incident but rather a recent example among many of a long-term pattern of abuse and impunity the US demonstrates upon the global stage.

A Summit for America’s Complicit, Captured, and Coerced

The Summit for Democracy is in reality a demonstration of American authoritarianism, a showcase of its collaborators, states it has captured, and states it is most certainly coercing, as well as a means of announcing initiatives to seize back unwarranted influence around the globe multipolarism has stripped from it in recent years.  By announcing such initiatives at the “Summit for Democracy,” they can be portrayed as democratic efforts rather than empire-enhancement.

Despite withdrawing from Afghanistan after a 20 year occupation, it has left the nation in ruins. The US also still maintains military occupations in Syria as well as Iraq. The Iraqi government has attempted and failed on multiple occasions to expel US troops.

Ironically, the bruised and battered nation of Iraq is on the list of “Summit for Democracy” participants. It could be categorized under “captured.”

European nations range from complicit to coerced while the government of Taiwan – not representing a recognized country at all – helps illustrate not only Washington’s contempt for international law, but its eagerness in violating agreements it itself has made with other nations bilaterally.

A nation that tramples both international law and its own bilateral agreements is a nation existing outside the rule of law. Since real democracy requires the rule of law as a prerequisite, whatever this summit is really about, it certainly isn’t about “democracy.”

With the US continuing to antagonize China and looking for “alliances” and “summits” to counter the growing sense of isolation the US has imposed on itself through is overuse of sanctions, military threats, and economic warfare, the “Summit for Democracy” and whatever comes out of it is more a barometer indicating the strength and direction of American Empire than anything to do with Western “democracy.” 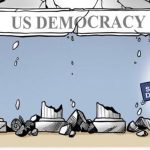 Dee Knight: the ‘Summit for Democracy’ is the apex of hypocrisyDeath of democracy, Democracy, Foreign intervention, Imperialism 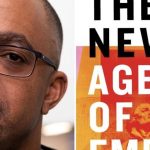