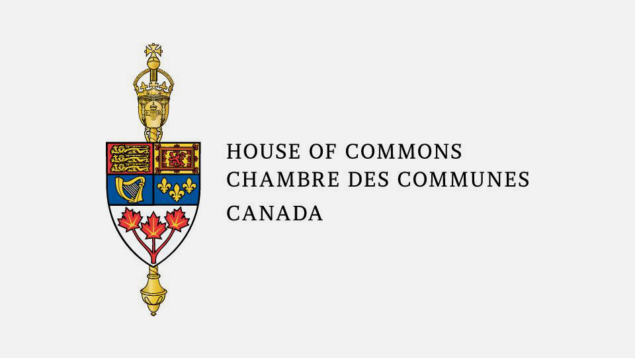 The Canadian parliament’s Subcommittee on International Human Rights has declared its belief that China is committing a genocide against the Uighur population in Xinjiang.

On October 21, 2020, the Canadian parliament’s Subcommittee on International Human Rights declared its belief that China was committing a genocide against the Uighur population in Xinjiang.

Four months later, the Conservative Party revealed that it would use Opposition Day, on February 22, 2021, in the Canadian parliament to force a key vote. This vote would be on a non-binding motion urging the Canadian government to declare that China is committing a genocide against Uighurs in Xinjiang.

This came despite extensive reporting by the Grayzone, exposing how CIA cut-outs and NED funded organizations were the main drivers of these allegations. They further showcased how the allegations of genocide against the Uighur population are totally false, and motivated by the American desire to smear China.

So who did this house subcommittee accept as witnesses or exports, and which institutional and news reports did it cite in its decision?

House Subcommittee prioritizes regime change advocates over all else

It is immediately noteworthy that the committee chose to not invite any of the two Grayzone contributors who worked on the exposes, Max Blumenthal and Ajit Singh, which provided the basis for debunking the Uighur genocide narrative.

The first meeting of this subcommittee’s first sitting occurred on October 16, 2018. The very first witness was Evelyn Puxley, a bureaucrat in the Department of Foreign Affairs, Trade and Development. Two days later, the committee had two further witnesses. The first was Adrian Zenz, a Senior Fellow in China Studies, at the Victims of Communism Memorial Foundation, an organization which the Grayzone described as “a Washington DC-based right-wing lobbying front born out of the National Captive Nations Committee.”

The Grayzone detailed how “Zenz is a far right Christian fundamentalist who claims to have been ‘led by god’ to defeat the Communist Party of China. Journalist Dan Cohen detailed Zenz’s rampant anti Semitism, stating that he’s a “German anti-Semite who believes Jews that refuse to convert to Christianity will be ‘wiped out’ and put into a ‘fiery furnace’. His research is riddled with severe errors and miscalculations, and he has been caught on numerous occasions manipulating data to fit his anti-China agenda.

The other was Farida Deif, Canada Director for Human Rights Watch. Deif pushed the standard debunked claims about “Chinese concentration camps,” following well in the organization’s long history of advocating for murderous unilateral sanctions, demonizing China and enabling North American imperialism around the world, all while taking money from Saudi oligarchs.

On October 23, 2018, the committee was joined by Darren Byler, a lecturer at the University of Washington. In a briefing to the subcommittee, Byler repeatedly cited the discredited Zenz, along with  NED funded think tank Chinese Human Rights Defenders, US government controlled propaganda outlet Radio Free Asia, and pro-regime change organization Human Rights Watch.

The second sitting of the subcommittee lasted from July 20, 2020 to August 13, 2020. The two public committee meetings, held on July 20 and August 13, lasted more than seven hours. Seven organizations testified in the first hearing.

This is where the pro-regime change organizations were invited out in force.

Mehmet Tohti is the Executive Director of the Uyghurs Rights Advocacy Project. The project proudly states that it “is funded by the Washington based National Endowment Fund for Democracy for its Advocacy work in Canada,” and says that people living in Xinjiang have been “living under Chinese occupation since 1949.” The focus of Tohti’s testimony was on pushing the debunked claim that 80 per cent of Chinese women have been sterilized. He also falsely claimed that Uighurs are having their organs harvested and sold, parroting reports which Ryan McCarthy explained “derive from front groups of far-right cult Falun Gong,” in a Grayzone article.

The NED’s work is best described by founding member Allen Weinstein, who told the Washington Post in 1991, “A lot of what we do today was done covertly 25 years ago by the CIA.”

Ajit Singh detailed the NED’s nefarious work in an article digging into the World Uyghur Congress:

“With millions in US taxpayer money, the NED and its subsidiaries have backed opposition parties, ‘civil society’ groups, and media organizations in countries targeted by the US for regime change.

Philip Agee, the late CIA whistleblower, described the work of the NED as a more sophisticated version of the old-fashioned covert operations that Langley used to engineer.”

On February 28, 2020, during the middle of the testimony period, the Parliamentary Uyghur Friendship Group was founded, with URAP promising to work closely with them. The group has been co-chaired ever since by Liberal MP Sameer Zuberi and Conservative MP Garrett Genius, who have both been members of the subcommittee since the 2019 election. The group is bi-partisan and includes both senators and MPs. The executive is comprised of the two co-chairs, along with NDP MP Heather McPherson, another member of the subcommittee, Bloc Quebecois MP Alexis Brunelle-Duceppe, a vice-chair of the subcommittee, Conservative MP David Sweet, another vice-chair of the subcommittee, Elizabeth May, former Green Party leader, and Senator Mobina Jaffer. Paul Manly, the supposed anti-imperialist, is a member of this friendship group.

Five of eight MPs in the subcommittee are members of the Parliamentary Uyghur Friendship Group. Hardly impartial judges to determine whether China is committing genocide or not. Even less impartial judges towards a witness, Tohti, who is part of the same Parliamentary Uyghur Group as the majority of the subcommittee’s members, at the time of he testified. Especially so, when this testimony comes four months after the group’s founding.

The imperialists keep coming, and they JUST KEEP COMING

A key witness in the second sitting was Elise Anderson, Senior Program Officer for Research and Advocacy of the Uyghur Human Rights Project. The UHRP is an affiliate of the US-backed World Uyghur Congress, and received $1,284,000 in grants from the National Endowment for Democracy from 2016 to 2019 alone.

A notable individual who testified is Azeezah Kanji, a legal academic and journalist, who is viewed by many as a firm anti-imperialist. So what is a figure like Kanji doing participating in an enterprise to rev up tensions with China?

It turns out that Kanji is a supporter of the aforementioned Uyghur Human Rights Project, which proudly states that it is an initiative funded by the National Endowment for Democracy. Kanji published an op-ed in Policy Options, co-written with UHRP executive director Mehmet Tohti titled “Canada’s duty to prevent unfolding Uighur genocide.”  This all comes along with her testimony at the subcommittee, advocating for sanctions and pushing the debunked allegation of genocide against Uighurs in Xinjiang.

According to an email obtained by The Canada Files, Kanji is part of a new investigative journalism project organized by Martin Lukacs, Dru Oja Jay, Moira Peters and Amy Miller. They state in the email that they have “teamed up with brilliant journalists and writers like Pam Palmater, Russ Diabo, Linda McQuaig, El Jones, Azeezah Kanji, and Avi Lewis.

Aidan Jonah is the Editor-in-Chief of The Canada Files 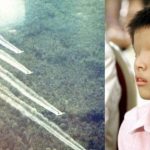 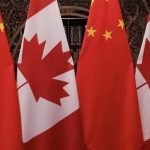 The problematic relationship of Canada’s parliament to the concept of genocideCanada, China, Stephen Gowans, Uyghurs