Introduction and article translation by Nina Kouprianova, published on her blog on May 1, 2015

Foreword to the translation:
With the onset of the Ukrainian crisis, I realized that I often looked forward to the work of certain journalists, who were both eloquent and informative. Oles Buzina was one of them. In addition to reading his columns, I, like millions of other Russians, watched his frequent appearances on political talk shows. I often found myself in disagreement, but had to admit that his points were well-argued and factually justified—a true sign of a charismatic erudite. 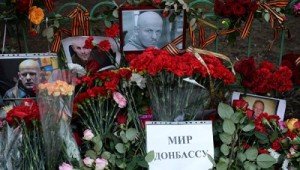 Thus, the news of his brazen murder on April 16 of this year, in broad daylight and outside his home, was particularly distressing. Later, I found out that Oles—a well-known author and historian, in addition to his journalistic career—had been receiving threats for quite some time. Yet he consistently turned down offers to relocate to Russia. Like a true patriot of a country in peril, he continued to love Ukraine. But Ukraine—today’s Ukraine—did not return that sentiment.

Like clock-work, Western mainstream media called Buzina “pro-Russian” in a political climate, where this term has become a slur, in order to reduce the significance of his violent death. Unlike the recent murder of 1990s politician Boris Nemtsov at the Kremlin walls, no Western embassies solemnly changed their Twitter cover images to his portrait, and no emotional condemnations came from the highest levels of foreign governments within hours of the news. Considering the official West’s backing of the current state of Ukraine, I suppose we should be glad that there was any coverage at all, double standards notwithstanding.

To add insult to injury, since his murder, some book stores in Kiev even stopped carrying Buzina’s work. At the same time, however, there seems to be greater interest in them online. But posthumous recognition and growing book sales are of little consolation to the women he left behind: his mother, wife, and daughter. 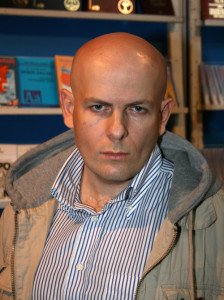 Some of his friends and fellow journalists described Buzina as an “imperial Maloros.” (“Maloros” is a historic term for the residents of central Ukraine within the Russian Empire—ed.) He believed in a cultural and historic unity of Russians, Ukrainians, and Belorussians. And, if this unity were to materialize as it once had, the capital should be in Kiev—which is often called the Mother of Russian Cities—not Moscow.

In particular, it was the Kiev of Mikhail Bulgakov that Buzina loved. And for me, not a single trip home goes without a solitary walk through Bulgakov’s Moscow. We are not so different after all. Indeed, his focus on historic figures like the author of the timeless Master and Margarita—who was, arguably, one of Kiev’s most famous residents—emphasizes his thinking in civilizational categories, rather than those of petty nationalism professed by a vocal minority and the negative identity of today’s official Ukraine, 24 years in the making. And it was this real challenge—one embodied in the following article from 2009—that his ideological approach continued to create for post-Maidan Ukraine that led to his murder, regardless of who was behind it, specifically.

Stories from Oles Buzina: The SS Galicia Division against Ukraine (2009)

“Stories from Oles Buzina” was a regular column for Segodnya newspaper, covering historic subjects. In the Russian language, “story” and “history” (istoriia) are the same word, which plays an important role in this context. Read the Oles Buzina article and view the photos by clicking the weblink above or here. 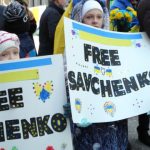