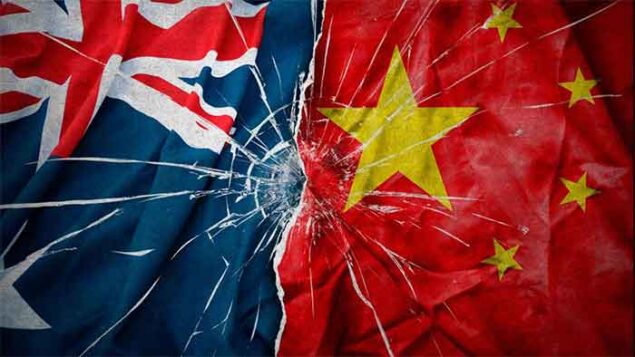 “This isn’t about kowtowing to other countries and giving in,” Western Australian Premier Mark McGowan said at Australia’s biggest oil and gas industry conference, being held in Perth. “There needs to be a national reset in that relationship.”

Ties with China worsened last year when Australia called for an independent investigation into the origins of the novel coronavirus, which sparked trade reprisals from China, hitting Australian goods ranging from barley and coal to lobster and wine.

Beseeching the federal government to stop talk of conflict and trade retaliation, McGowan asked: “How is it in our interests to be reckless with trading relationships that fund and drive our prosperity and our nation forward?”

Western Australia’s top exports, iron ore and liquefied natural gas (LNG), have so far escaped China’s trade reprisals, with China heavily dependent on Australia’s iron ore for its steel industry and increasingly reliant on gas for power generation as it looks to cut emissions from coal.

Western Australia exported A$104 billion ($80 billion) worth of goods to China in 2020, making up 71% of Australia’s goods exports to China.

China has accused NATO of slander and attempting to whip up conflict after NATO members released a joint statement admonishing China’s actions on the world stage.

China’s mission to the EU urged NATO on Tuesday to stop exaggerating the “China threat theory” after the group’s leaders warned that the country presents “systemic challenges.”

NATO leaders on Monday had taken a forceful stance towards China in a communique at U.S. President Joe Biden’s first summit with the alliance.

China is always committed to peaceful development, it said.

The Chinese diplomats argued that Beijing’s defense budget makes up about 1.3% of the country’s GDP, which is below NATO’s guideline requiring member states to spend at least 2% of their GDP on defense. They added that China’s nuclear arsenal is “by no means in the same league” with the US.

“China urges NATO to view China’s development in a rational manner [and] stop hyping up in any form the so-called ‘China threat,’” the statement said, accusing the Western bloc of trying to “create confrontation.”

China’s embassy in London said it was resolutely opposed to mentions of Xinjiang, Hong Kong and Taiwan, which it said distorted the facts and exposed the “sinister intentions of a few countries such as the United States.”