Translated to English and published by Novorossiya Vision, Aug 22, 2016 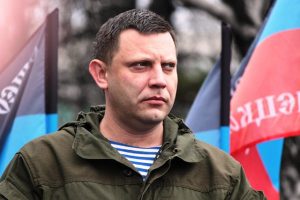 We have discussed with Mr. Hug all the questions which are of interest for, on the one hand, the OSCE monitoring mission and, on the other hand, the Donetsk People’s Republic. In particular, it was issues relating to the ceasefire o the contact line. In this regard, I appealed to Mr. Hug with a request for the OSCE mission to be more objective.

With regard to the security of the OSCE observers in the Donetsk People’s Republic, I suggested that Mr. Hug consider an option of our officers accompanying the observers. Then we will be able to take responsibility not only for the safety of the observers, but also for the fact that there will be no obstacles and misunderstandings in the performance of their duties.

Alexander Hug is Principal Deputy Chief Monitor of the Special Monitoring Mission to Ukraine of the Organisation for Security and Cooperation in Europe (OSCE).

In addition, I made a proposal that the OSCE warn us about the work of their drones. In this case, no one will interfere with their work. Otherwise, our military perceive drones as unidentified aircraft that may pose a threat to our residents. As it is known, recently, the Ukrainian side has been using their drones not only for the reconnaissance and subsequent shelling, but also directly to attack, stuffing their UAVs with explosives.

On the whole, the conversation was constructive, and we agreed to meet again after Mr. Hug ponders my suggestions.

Original in Russian published here on the website of Aleksandr Zakharchenko, head of the Donetsk Peoples Republic. 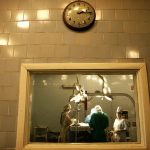 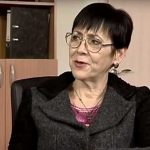