We — Borotba activists Muratova, Albu, Firsov and Shapinov — arrived in Donetsk on December 18 to establish contacts with representatives of the Donetsk People’s Republic (DNR) and provide all possible assistance in the anti-fascist struggle of the people of Donbass. We also had information that at the end of December, a prisoner exchange would take place, which would include our comrades trapped in the dungeons of the Security Service of Ukraine (SBU) on charges of “creating a terrorist organization”  —  Vlad Wojciechowski and Nikolai Popov. We held a series of meetings with DNR activists, in particular with the Communists Alexander Smekalinym and Andriy Yakovenko. We were also scheduled to meet with DNR Foreign Minister Alexander Kofman, head of the Communist Party of Donbass Boris Litvinov, and Deputy Chairman of the People’s Soviet of the DNR Denis Pushilin.

On Sunday, December 21, three of us — Muratova, Firsov and Shapinov – set off to see areas of Donetsk that suffered from the shelling of the Ukrainian army. In the district of Marshal Zhukov Boulevard, we were stopped by a car carrying soldiers of the “Essence of Time” division of the Vostok Brigade. Having checked our documents, they demanded we get into their car. Complying, we were taken to the headquarters of the Vostok Brigade in the vicinity of the Donetsk airport. There we were handed over to the commandant, who took us to the Special Division of the Vostok Brigade (4th base of Vostok in the area of St. Elevatornaya). The staff of the Special Division confiscated our mobile phones and personal belongings, and said that after checking we would be released.

In the Special Department, we were not allowed to contact friends or relatives to inform them about where we were, and the staff also refused to inform them. As it turned out, the staff of the Special Division did not admit our detention even in response to direct requests from DNR officials. After a few days of detention, we managed to secretly inform our comrades of our whereabouts.

Learning about our arrest, Alexei Albu wrote to the Deputy Speaker of Parliament Denis Pushilin and head of the parliamentary committee Boris Litvinov. Albu went to the Special Division with a letter written by Boris Litvinov to release the Borotba activists, but instead of releasing the detainees, Albu was arrested.

Throughout our detention, we were not shown any charges. The staff were limited to the bizarre claim that “we need to check.”

After two weeks of detention in the Special Division, members of the Ministry of State Security of the DNR came. They told us that we would be immediately taken to the Russian border and deported from the DNR. They also reported that we are forbidden to enter the territory of the DNR and the Lugansk People’s Republic (LC). In response to a question about the motives of deportation, Ministry officers said that “now you are with us for one thing, and then we do not know what you want to do”. Apparently, there is a view that as representatives of the communist movement, we could start an opposition to the activities of the DNR leadership.

At the moment, we do not have enough information to make an unambiguous conclusion about what is behind our arrest and expulsion from the DNR — banal excessive vigilance of intelligence agencies of the Republic, political denunciation, or some kind of political order. In any case, such actions with respect to sincere friends of the Donbass rebellion only harm the reputation of the People’s Republics.

Despite this unfortunate incident in which we were unwitting participants, we have not changed our attitude to the People’s Republics and the anti-fascist uprising in the Donbass. We remain bitter enemies of the Kiev regime of oligarchs and Nazis and friends of all who oppose fascism. However, some recent developments, including our arrest and deportation, give rise to legitimate concerns — whether the original spirit of the anti-fascist and anti-oligarchic revolt will continue, or will it be buried in favor of commercial and political interests of various groups operating in the republics?

During the time of our arrest, members of the Special Division and militia showed us the best attitude. We did not witness any ill-treatment or force used against prisoners, including soldiers of the Ukrainian Armed Forces (APU) and punitive “territorial” battalions. We were fed three times a day, the same as the militias. We had the opportunity to bathe and wash our clothes.  APU prisoners and militias who have committed offenses are held in the same conditions, and the prisoners are allowed to visit relatives. We saw them trying to educate APU soldiers about the aggressive nature of the war in Donbass and the regime in Kiev.

We are going to fight to lift the ban on entry of Borotba activists to the territory of People’s Republics.

We thank all the friends and comrades who sought our liberation. 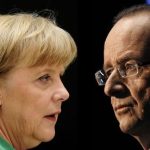 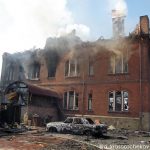 Slavyansk and the rubble of the Ukrainian soul: between devastation and suspicionBackground, Ukraine