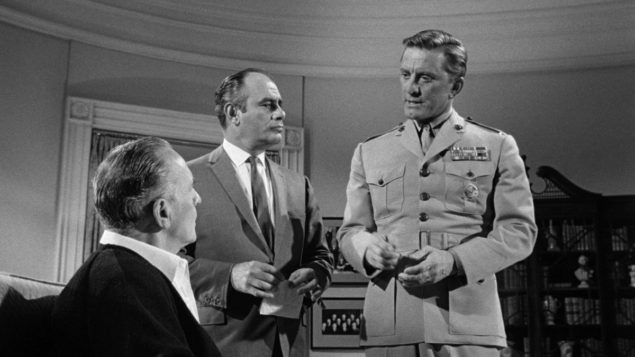 Seven Days in May

Time is running out for America and only bold, decisive action taken courageously and swiftly can change the course of self-annihilation upon which the republic now finds itself.

In my recent paper Why Assume There Will Be a 2020 Election?, I took the opportunity of today’s multifaceted crisis in order to revisit an important Wall Street funded coup d’état effort of 1933-34. As I explained in that location, this bankers’ coup was luckily exposed by a patriotic general named Smedley Darlington Butler during one of the darkest moments of America and profoundly changed the course of history.

The Deep State Plot Against JFK

The danger of World War and a military coup arose again during the short lived administration of John F. Kennedy who found himself locked in a life or death struggle not with Russia, but with the Military Industrial Complex that had become dominated by the many Dr. Strangeloves of the Joint Chief of Staff and CIA who fanatically believed that America could win a nuclear war with Russia. Kennedy’s valiant efforts to achieve dialogue with his Soviet counterparts, move towards peace in Vietnam, support of colonial liberation, promotion of space exploration and advocacy of a Nuclear Test Ban treaty made him a target of the Deep State of his time. During this period, this effort was led from the top by JFK’s two most powerful American opponents: Allan Dulles (director of the CIA) and General Lyman Lemnitzer (head of the Joint Chiefs of Staff), both of whom were proponents of pre-emptive nuclear war, architects of the Bay of Pigs regime change trap and advocates of Operation Northwoods (an ultimate “inside job” precursor to 9/11 which JFK subverted).

As historian Anton Chaitkin recently reported: “Lemnitzer had displayed what his faction viewed as his qualifications for this role back in August 1960, when, as Army chief of staff, he announced that the Army was all ready to “restore order” in the United States after a nuclear war with the Soviet Union—to bring back normalcy just as the military does after a flood or a riot”
This plot was detailed in a quasi-fictional book written by investigative journalists Fletcher Knebel and Charles Bailey published in 1962 entitled Seven Days in Mayand swiftly made into a famous film with unprecedented support by JFK himself who gave the film crew and director John Frankenheimer full access to the White House, advisors and materials for the film which he believed every American should see.

In the story, a patriotic lieutenant discovers the plans for the coup which is scheduled to take place during a vast military drill whereby a President who is close to finalizing a de-armament treaty with Russia will be incapacitated in a bunker while a military regime takes over America.
Tragically, where the lieutenant is able to expose the plot and save the nation in the story, by the time of the film’s 1964 release, JFK had been deposed by other means. Now 56 years later, history has begun to repeat itself with distinctly 21st century characteristics… and a viral twist.

The Stage is Again Set for Martial Law

Another President resistant to regime change and nuclear confrontation with Russia and China finds himself today in the White House in the form of Donald Trump.

As in 1933, today’s financial collapse threatens to rip the social and economic fabric of America to shreds, and just as in 1963 a powerful military industrial complex and private banking system manages a web of power which is devoted to overturning the 2016 election (and 1776 revolution) by any means. The biggest difference today is that a global coronavirus pandemic threatens to be the catalyzer used to justify military dictatorship in America and broader nuclear confrontation with Russia and China.

Instead of names like “Dulles”, or “Lemnitzer”, today’s coup directors feature such names as “Pompeo” and “O’Shawnessy”… both Deep State assets highly positioned in 3rd and 4th place to take over the Presidency at the drop of a hat.

Terrence O’Shawnessy: The Man Who Could Be President

Having slipped silently under the radar four weeks ago, the American Government passed a new emergency protocol into law which vastly expands powers and procedures of Martial Law under “Continuity of Government” which must be taken very seriously. These new protocols deal at length with the triggering of Martial Law should the nation become ungovernable through a variety of foreseeable scenarios that COVID-19 has unleashed, such as “unwanted violence” caused by “food shortage, financial chaos” or also if the President, Vice President and Secretary of State all become incapacitated for any reason.

Even though this act was classified “Above Top Secret” a surprisingly in depth March 18 Newsweek report by William Arkin documented how the “Combat Commander” of U.S. Northern Command (NORTHCOM) will immediately take power as a part of the “Continuity of Government” procedures which took on monstrous dimensions under the control of Dick Cheney in the wake of 9/11. According to Newsweek, the new regulation drafted by the Joint Chiefs states that the military may take control where “duly constituted local authorities are unable to control the situation” even when “authorization by the President is impossible”. Arkin describes the new protocols for “devolving” leadership to second-tier officials in remote and quarantined locations.”

General O’Shawnessy, (former Deputy of UN Command in Korea) currently doubles as the head of the North American Aerospace Defense Command (NORAD) and has devoted his past 14 months to the promotion of a military confrontation over the Arctic which he has described as “the new frontline of our homeland defense” against Russia and China who are “determined to exploit the region’s economic and strategic potential”.

NORTHCOM went operational on October 1, 2002 as part of the Neocon takeover of America. This neocon coup which came to full fruition with 9/11 was governed by a manifesto entitled the Project for a New American Century  which laid out a Pax Americana of police state measures at home, regime change abroad and containment of a rising China and Russia under a religious belief in a unipolar world order.

This continental organization interfaces closely with both FEMA and the Department of Homeland Security, and was given a wide jurisdiction embracing not only the USA but also Mexico, Canada, Puerto Rico and the Bahamas, acting as “primary defender of an invasion of America”. NORTHCOM interfaces closely with the deep state by hosting personnel from the FBI, CIA, NSA and Defense Intelligence Agency in its headquarters and is responsible for the protection of the President, Vice President and Secretary of State.

Most recently, RT has reported on March 28 that O’Shawnessy has ordered teams of “essential staff” deep into vast bunkers 650 meters below the surface in Cheyenne Mountain, Colorado to “wait out the COVID-19 crisis”. Announcing this secretive mission, the General tweeted “Our dedicated professionals of the NORAD and NORTHCOM Command and control watch have left their homes, said goodbye to their families and are isolated from everyone to ensure they can stand watch each and every day to defend our homeland.”

Other military personnel have been banned from travelling and commanded to stay near their bases ready for action and as of March 30, over 14 600 National Guard forces have been deployed to all 50 states. Although they cannot currently engage in policing due to the 1878 US Posse Comitatus Act, Martial Law would render that provision null and void.

It is also noteworthy that only one day after the Coronavirus was labelled an “international public health emergency” by the World Health Organization on January 30, Defense Secretary Mark Esper approved nationwide pandemic plans and warned NORTHCOM to “prepare to deploy”.

This author doesn’t believe it to be a coincidence that patriotic voices who would typically be opposed to such a Martial Law agenda have been taken out of public life due to chaos emerging from the Coronavirus with Senator Ron Paul’s March 22 COVID-19 diagnosis forcing him into quarantine and the politically naive Tulsi Gabbard’s dropping out of the presidential race in order “to be prepared for the national guard duties”. It isn’t very hard to imagine a COVID-19 diagnosis, real or fabricated to take the President and other members of the government out of office at a moment’s notice.

Time is running out for America and only bold, decisive action taken courageously and swiftly can change the course of self-annihilation upon which the republic now finds itself.

Presidents Xi Jinping and Putin have opened their arms to welcome America and other western nations into their new multipolar system which is built not upon a worship of money or militarism, but rather cooperation and creative mutual growth. Project Airbridge collaboration between China and the USA has begun as a part of the Health Silk Road bringing millions of medical supplies to America. Meanwhile a brilliant coalition of former Latin American heads of State called for the creation of a new just economic order and debt jubilee as a response to the failure of the neoliberal system which shines a principled light out of the current threefold danger of economic collapse, war and Martial Law. 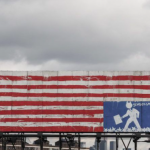 The impact of COVID-19 on the body politicCOVID-19 Corona virus, Death of democracy, Issues 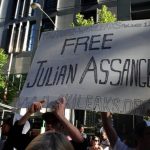 “If Julian Assange is extradited, it’s the end of the rule of law in the West” Eva Joly (Interview)Death of democracy, Issues, Julian Assange, Wikileaks