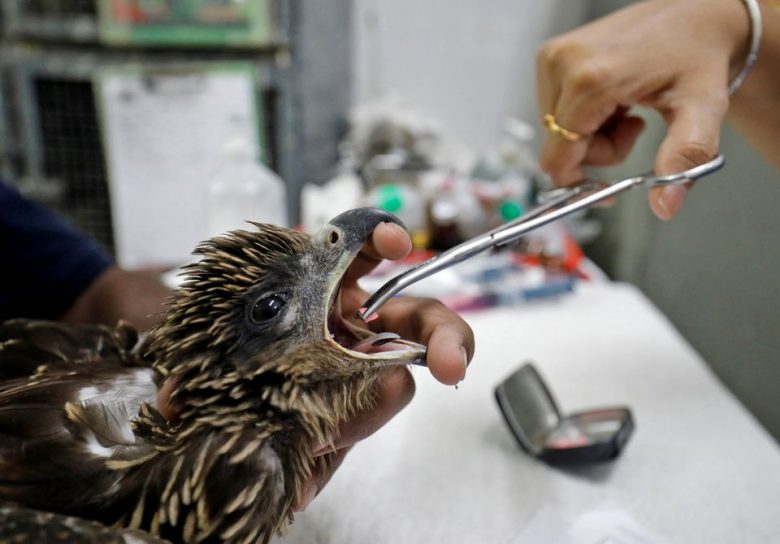 A vet provides medicine to an eagle after it was dehydrated due to heat at Jivdaya Charitable Trust, a non-governmental rehabilitation centre for birds and animals, during hot weather in Ahmedabad, India, May 11, 2022. REUTERS/Amit Dave

The record heatwave hitting India and Pakistan has dehydrated birds falling from the sky. If there was ever a sign that we need urgent action to reverse the catastrophic course of climate change, it’s that.

Living through the climate crisis, news reports of exhausted birds falling from the sky amid India’s extreme heatwave provoke the kind of apocalyptic and dystopian imagery many of us have come to expect. As water sources dry out, birds become dehydrated and have begun dropping daily.

This comes a few weeks into the latest reminder that climate change is not some distant threat. It is already here and causing death and suffering not just for animals but the human populations of large areas of the planet. Around 1.5 billion people live in the region including India, Pakistan, and Sri Lanka where temperatures are reaching record highs.

This April was India’s hottest in 122 years and Pakistan’s for 61 years. Jacobabad hit nearly 50oC with night-time temperatures often staying above 30oC. The result has been dozens dead, with surely more to come and official figures certainly an underestimation. 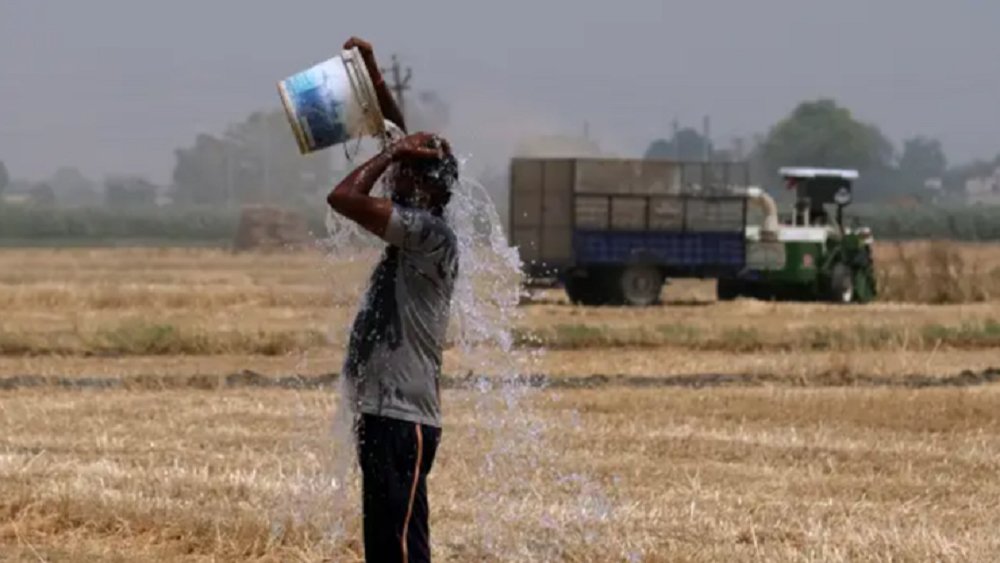 As well as the tragic deaths, the extreme heat is wreaking havoc for lives and livelihoods. Agriculture accounts for 40 percent and 60 percent of Pakistan and India’s workforces respectively. This means that climate shocks have a disproportionate effect on workers labouring outside and intimately dependent on their climate. The Guardian has reported that wheat crop yields have fallen by up to half in the worst hit areas. Working conditions diminish along with returns while food prices are pushed higher and higher.

This is no longer new. It is a symptom of intensifying climate change that heatwaves have killed at least 6,500 people in India since 2010.

The subcontinent will continue be among the most harshly hit. It is in this context that India’s government pledged to achieve net-zero emissions by 2070 at the recent COP26 summit in Glasgow. Close to 50 years sounds like a long time to endure the effects of continued emissions for a country currently experiencing such harsh effects of climate change, and it is, but the target reflects the failures of the global political class to grab hold of the crisis.

The UK’s meagre target of net-zero by 2050 has contributed to setting a snail’s pace globally. Given this, the details of India’s pledge, including the plan to achieve 50% renewables by 2030, appear more impressive. However, any ambition to decarbonise in the medium-term is undermined by short-term imperatives to increase fossil fuel energy use.

Electricity demand has spiked as more and more people need to use fans and air conditioning for more of the time. At present, around three quarters of India’s energy comes from oil, gas, and coal. It has sought to overcome shortages by cancelling passenger and postal train journeys to transport more coal in. They have also taken advantage of cut-price liquified natural gas (LNG) from Russia as the warring nation struggles to export to others.

India finds itself in a perverse position where, in the midst of extreme heat induced by fossil fuelled climate change, the rational response is to urgently procure more fossil fuels, thus exacerbating the crisis and creating the conditions for even worse events in the near future. The vicious cycle continues.

This underlines a global inequality at the heart of climate injustice. While the capitalist class of the Global North organised the globe in their interests to impose and profit from a catastrophically polluting economic system, it is the majority world caught in a bind as it seeks to navigate the frontiers of the climate crisis today.

India’s heatwave also highlights the extreme climate inequalities experienced between classes within nations. The poorest are overwhelmingly worst affected as low-paid agricultural workers lose out, and those with the fewest resources are unable to afford the electricity or materials to cool down. The uneven distribution of air conditioning is another example of climate adaptation for the rich (itself worsening the crisis) and suffering for the poor.

This is exacerbated by energy shortages which have resulted in power outages lasting for up to eight hours a day in India and up to 12 hours in Pakistan. This has meant long periods without respite from the heat in the worst moments, and being cut off from access to necessities, including water.

This extreme and deadly heatwave is the latest example of climate change’s effects emphasising the urgency of economic transformation. Rapid and global decarbonisation will only become more pressing, but so too the need for a planned transition which redresses global injustices and inequalities, rather than entrenching them. The impetus behind rapid decarbonisation—whether at a local, national, or international level—should be protecting those at the sharp edge of global heating.

So too efforts towards just, global adaptation to the impacts of climate change that are already locked in. Regrettably, we’ve seen enough emissions historically to be sure that we will live through their effects in the years to come, even if we were to end fossil fuel extraction immediately. There are calls for sustainable air conditioning to be guaranteed as a universal right to everyone at risk from deadly heat. The same must be true of access to food, liveable income, housing, healthcare, and other basic necessities. Adaptation for the many, not the profits of the few.

To enable a just energy transition and global adaptation, we must create the conditions of a global political economy in which procuring more fossil fuels is no longer the go-to response of states like India. That doesn’t mean moralising by Western elites, but a reorganisation of international institutions disempowering capital and re-empowering global labour. It requires coordinated investment in new infrastructure and technologies and new systems of value underpinned by a fossil fuel non-proliferation treaty. Only through these global transformations can we break capitalism’s fossil-fuelled death spiral. 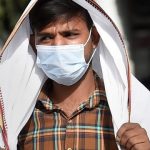 Why Delhi is Experiencing a Severe Heatwave with Temperatures Above 45°CClimate and Ecology, Environmental impact, India, South Asia 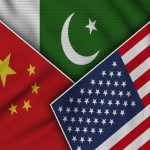