Sorting out the Russia mess

The U.S. mainstream media finally has its “smoking gun” on Russia-gate — incriminating information from a junior Trump campaign adviser — but a closer look reveals serious problems with the “evidence”. 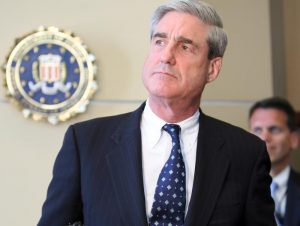 Russia-gate special prosecutor Robert Mueller has turned up the heat on President Trump with the indictment of Trump’s former campaign manager for unrelated financial crimes and the disclosure of a guilty plea from a low-level foreign policy adviser for lying to the FBI.

While longtime Republican fixer Paul Manafort, who helped guide Trump’s campaign to the GOP nomination in summer 2016, was the big name in the news on Monday, the mainstream media focused more on court documents related to George Papadopoulos, a 30-year-old campaign aide who claims to have heard about Russia possessing Hillary Clinton’s emails before they became public on the Internet, mostly via WikiLeaks.

While that would seem to bolster the Russia-gate narrative – that Russian intelligence “hacked” Democratic emails and President Vladimir Putin ordered the emails be made public to undermine Clinton’s campaign – the evidentiary thread that runs through Papadopoulos’s account remains tenuous.

That’s in part because his credibility has already been undermined by his guilty plea for lying to the FBI and by the fact that he now has a motive to provide something the prosecutors might want in exchange for leniency. Plus, there is the hearsay and contested quality of Papadopoulos’s supposed information, some of which already has turned out to be false.

According to the court documents, Papadopoulos got to know a professor of international relations who claimed to have “substantial connections with Russian government officials,” with the professor identified in press reports as Joseph Mifsud, a little-known academic associated with the University of Stirling in Scotland.

The first contact supposedly occurred in mid-March 2016 in Italy, with a second meeting in London on March 24 when the professor purportedly introduced Papadopoulos to a Russian woman whom the young campaign aide believed to be Putin’s niece, an assertion that Mueller’s investigators determined wasn’t true.

Trump, who then was under pressure for not having a foreign policy team, included Papadopoulos as part of a list drawn up to fill that gap, and Papadopoulos participated in a campaign meeting on March 31 in Washington at which he suggested a meeting between Trump and Putin, a prospect that other senior aides reportedly slapped down.

But Papadopoulos continued his outreach to Russia, according to the court documents, which depict the most explosive meeting as an April 26 breakfast in London with the professor (Mifsud) supposedly saying he had been in Moscow and “learned that the Russians had obtained ‘dirt’ on then-candidate Clinton” and possessed “thousands of emails”. Mainstream press accounts concluded that Mifsud must have been referring to the later-released emails.

However, Mifsud told The Washington Post in an email last August that he had “absolutely no contact with the Russian government” and described his ties to Russia as strictly in academic fields.

In an interview with the UK Daily Telegraph after Monday’s disclosures, Mifsud acknowledged meeting with Papadopoulos but disputed the contents of the conversations as cited in the court papers. Specifically, he denied knowing anything about emails containing “dirt” on Clinton and called the claim that he introduced Papadopoulos to a “female Russian national” as a “laughingstock”.

According to the Telegraph interview, Mifsud said he tried to put Papadopoulos in touch with experts on the European Union and introduced him to the director of a Russian think tank, the Russian International Affairs Council.

It was the latter contact that the court papers presumably referred to in saying that on May 4, the Russian contact with ties to the foreign ministry wrote to Papadopoulos and Mifsud, reporting that ministry officials were “open for cooperation,” a message that Papadopoulos forwarded to a senior campaign official, asking whether the contacts were “something we want to move forward with.”

However, even an article in The New York Times, which has aggressively pushed the Russia-gate “scandal” from the beginning, noted the evidentiary holes that followed from that point. The Times’ Scott Shane wrote: “A crucial detail is still missing: Whether and when Mr. Papadopoulos told senior Trump campaign officials about Russia’s possession of hacked emails. And it appears that the young aide’s quest for a deeper connection with Russian officials, while he aggressively pursued it, led nowhere.”

Shane added, “the court documents describe in detail how Mr. Papadopoulos continued to report to senior campaign officials on his efforts to arrange meetings with Russian officials, … the documents do not say explicitly whether, and to whom, he passed on his most explosive discovery – that the Russians had what they considered compromising emails on Mr. Trump’s opponent.

“J.D. Gordon, a former Pentagon official who worked for the Trump campaign as a national security adviser and helped arrange the March 31 foreign policy meeting, said he had known nothing about Mr. Papadopoulos’ discovery that Russia had obtained Democratic emails or of his prolonged pursuit of meetings with Russians.”

If prosecutor Mueller had direct evidence that Papadopoulos had informed the Trump campaign about the Clinton emails, you would assume that the proof would have been included in Monday’s disclosures. Further, since Papadopoulos was flooding the campaign with news about his Russian outreach, you might have expected that he would say something about how helpful the Russians had been in publicizing the Democratic emails.

The absence of supporting evidence that Papadopoulos had conveyed his hot news on the emails to campaign officials and Mifsud’s insistence that he knew nothing about the emails would normally raise serious questions about Papadopoulos’s credibility on this most crucial point. At least for now, those gaps represent major holes in the storyline. But Official Washington has been so desperate for “proof” about the alleged Russian “election meddling” for so long, that professional skepticism has been unwelcome in most media outlets.

There is also another side of the story that rarely gets mentioned in the U.S. mainstream media: that WikiLeaks founder Julian Assange has repeatedly denied that he received the two batches of purloined Democratic emails – one about the Democratic National Committee and one about Clinton’s campaign chairman John Podesta – from the Russians. While it is surely possible that the Russians might have used cutouts to pass on the emails, Assange and associates have suggested that at least the DNC emails came from a disgruntled insider.

Also, former U.S. intelligence experts have questioned whether at least one batch of disclosed emails could have come from an overseas “hack” because the rapid download speed is more typical of copying files locally onto a memory stick or thumb drive.

What I was told by an intelligence source several months ago was that Russian intelligence did engage in hacking efforts to uncover sensitive information, much as U.S. and other nations’ intelligence services do, and that Democratic targets were included in the Russian effort. But the source said the more perplexing question was whether the Kremlin then ordered release of the data, something that Russian intelligence is usually loath to do and something that in this case would have risked retaliation from the expected winner of the 2016 election, Hillary Clinton.

But such questions and doubts are clearly not welcome in the U.S. mainstream media, most of which has embraced Mueller’s account of Papadopoulos’s story as the long-awaited “smoking gun” of Russia-gate.

As Russia-gate continues to buffet the Trump administration, we now know that the “scandal” started with Democrats funding the original dubious allegations of Russian interference.

Months-long efforts of U.S investigators to find alleged Russian collusion with President Donald Trump’s campaign have led to the discovery of a “Ukrainian trail”, Russian foreign minister FM Sergey Lavrov said, suggesting Washington should now investigate Kiev’s role.“They have now found a Ukrainian trail in connection with Mr. Manafort and one of his employees. I suppose a Ukrainian trail should be investigated through Ukraine. [Kiev authorities] also have [things] to say about their standpoint during the U.S. presidential campaign,” Lavrov told the media Tuesday.

The US investigators “have been working for many months… looking for a Russian trail.” Instead, their efforts “resulted” in the indictment of two former Trump campaign members in connection with their alleged dealings with a former president of Ukraine, Russia’s foreign minister pointed out…

[Western media has a scripted answer to Sergey Lavrov’s pointed comments, which is that former Ukrainian President Victory Yanukovych, ousted by a coup in 2014, was  a ‘Russian puppet’; therefore, any dealings with him were ipso facto dealings with Russia! This puzzling status ascribed to the supposed ‘pro-Russian Yanukovych was only brandished after Western media went looking for scapegoats for Hillary Clinton’s 2016 election loss. Whatever.]
Editors’ Note: While we don’t necessarily share the views we publish on New Cold War, we do attempt to provide readers with a range of views. This is because your right to make your own mind up depends on your being fully informed.
Share
Tweet
Share
Pin