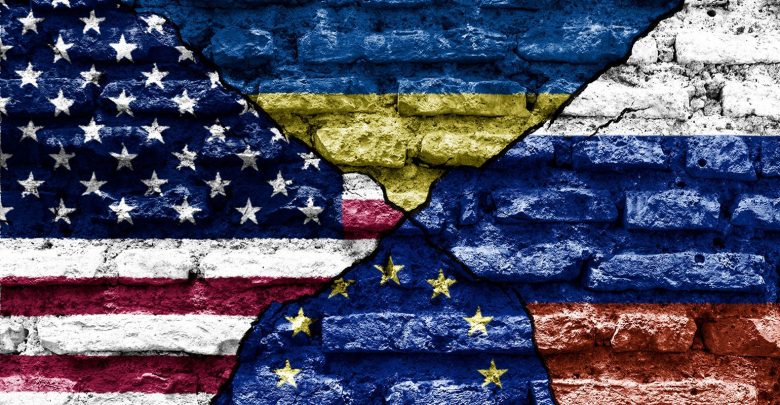 MoA responds to the article by Craig Murray “Biden Works to Prolong Ukraine War” with some opinions from other commentators and what MoA sees as missing from the article.

The new Ukrainian stance, that there will be no peace deal without recovering the Crimea, has ended for now any hopes of an early ceasefire. It appears to be a militarily unachievable objective – I cannot think of any scenario in which Russia de facto loses Crimea, without the serious possibility of worldwide nuclear war.This blow to the peace process was a setback in Ankara, and I should say that every source I spoke with believed the Ukrainians were acting on instructions conveyed from Washington to Zelensky by Defence Secretary Lloyd Austin, who openly stated he wanted the war to wear down Russian defence capabilities.

A long war in Ukraine is of course massively in the interest of the US military industrial complex, whose dripping roasts in Afghanistan, Iraq and Syria have gone rather off the heat. It also forwards the strategic objective of severely damaging the Russian economy, although much of that damage is mutual.

What Craig misses is that the war is about much more than the weapon industry. It has led to the at least temporary U.S. control over Europe and its sources of energy.

Wolfgang Streeck takes a look at the EU after Ukraine. Describing its evolvement throughout the decades he takes note of the huge mistake it made over the war in Ukraine that allowed the U.S. and NATO to ‘lead’ the response:

As the tensions increased around Ukraine, visible in the massing of Russian troops on the Ukrainian borders, western European countries, apparently as a matter of course, handed the United States power of attorney, allowing it through NATO to act in their name and on their behalf. Now, with the war dragging on, Europe, organized in a Euro­pean Union subordinate to NATO, will find itself dependent on the bizarreries of the domestic politics of the United States, a declining great power readying itself for global conflict with a rising great power, China.

The EU totally failed to recognize that the war is waged for U.S. interests and how it is used by it as a weapon against Europe’s sovereignty:

What will be the war aims of the United States, acting for and with Europe through NATO? Having left it to Biden to decide on its behalf, Europe’s fate will depend on Biden’s fate, that is, on the decisions, or non-decisions, of the U.S. government.Short of what the Germans in World War I called a Siegfrieden—a victorious peace imposed on a defeated enemy, as probably dreamed of in the United States by both neocons and the liberal imperialists of the Hillary Clinton school—Biden may go for, or even prefer, a drawn-out stalemate, a war of attrition keeping both Russia and western Europe, in particular Ger­many, engaged with each other.

A lasting confrontation between Russian and Ukrainian, or “Western,” armies on Ukrainian soil would unite Europe under NATO and conveniently oblige European countries to maintain high levels of military spending. It would also force Europe to continue wide-ranging, indeed crippling, economic sanctions on Russia, as a side effect reinforcing the position of the United States as a supplier of energy and raw materials of various sorts to Europe.

More­over, an ongoing war, or almost-war, would stand in the way of Europe developing a Eurasian security architecture of its own, inclusive of Russia. It would cement American control over western Europe and rule out French ideas of “European strategic sovereignty” as well as German hopes for détente, both presupposing some sort of Russian settlement. And not least, Russia would be occupied with preparations for Western military interventions, below the nuclear threshold, on its extended periphery.

This unconditional surrender by the EU and its member states to U.S. command and control is bizarre. As the effects of the war set in there will bring a serious backlash against Brussels. Looking at all the contradictions within the EU and its internal conflict with its eastern members the sustainability of the EU project is now in serious doubt. It might still be sustainable, in a reduced form, if Russia decides to de-NATO-size it.

The most serious mistake was made when the EU, before the war, agreed with the U.S. to put sanctions on Russia that would hurt Europe more than they hurt Russia. That completely missed the bigger picture.

Alastair Crooke writes that this will lead to change in the way the ‘western’ world has worked so far:

The EU leaders must be sensing their predicament: They may have ‘missed the boat’ for getting a political ‘fix’. But they have not ‘missed the boat’ in respect to inflation, economic contraction, and of social crisis at home. These ships are heading in their direction, at full steam. Did the EU foreign ministries reflect on this eventuality, or were they carried along by euphoria and the credentialed narrative issuing out from the Baltics and Poland of ‘Bad Man Putin’?Here is the point: The fixation with Ukraine essentially is but a gloss pasted over the realities of a global order in decomposition. The latter is the source of the wider disorder. Ukraine is but one small piece on the chess board, and its outcome will not fundamentally change that ‘reality’. Even a ‘win’ in Ukraine would not grant ‘immortality’ to the neoliberal rules-based order.

The western sanctions were based on a formally correct but misleading premise, one that I believed myself at least up to a point: That Russia is more dependent on us than we are on Russia. Russia has more wheat than it can eat, and more oil than it can burn. Russia is a provider of primary and secondary commodities, on which the world has become dependent. Oil and gas are the biggest sources of Russian export revenues. But our dependency is most acute in other areas: food and also rare metals and rare earths. Russia is not a monopolist in any of the categories. But when the largest exporters of those commodities disappears, the rest of the world experiences physical shortages and rising prices.
…
Did we think this through? Did the foreign ministries that drew up the sanctions discuss at any point what we would do if Russia were to blockade the Black Sea and not allow Ukrainian wheat to leave the ports? Did we develop an agreed-upon response to Russian food blackmail? Or did we think we can adequately address a global starvation crisis by pointing the finger at Putin?
…
I have concluded that we are all too connected to be able to impose sanctions on each other without incurring massive self-harm. You may argue that it is worth it. If you do, you sound like the tenured economics professor who argues that a rise in unemployment is a price worth paying.

The catastrophic results of the sanctions was predictable and has been predicted.

Now, as the horse is out of the barn, we should not close its door, says Münchau, but offer something that woos the horse to voluntarily come back in:

Unless we cut a deal with Putin, with the removal of sanctions as a component, I see a danger of the world becoming subject to two trading blocs: the west and the rest. Supply chains will be reorganised to stay within them. Russia’s energy, wheat, metals, and rare earths will still be consumed, but not here. We keep the Big Macs.I am not sure the west is ready to confront the consequences of its actions: persistent inflation, reduced industrial output, lower growth, and higher unemployment. To me, economic sanctions look like the last hurrah of a dysfunctional concept known as the west.The Ukraine war is a catalyst of massive de-globalisation.

Europe instead is discussing how to best burn its barn down. 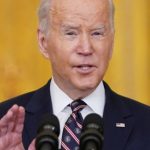 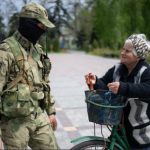