Mattis discloses part of Afghanistan battle plan, but it hasn’t yet been carried out

WASHINGTON — Defense Secretary Jim Mattis, normally reluctant to speak publicly about American troops deployed around the globe, took a different tack this week on Capitol Hill. Pressed by lawmakers, including Senator John McCain, Republican of Arizona and the chairman of the Armed Services Committee, about the Pentagon’s failure to provide more details about the Afghanistan war plan, Mr. Mattis divulged new information about more aggressive rules of engagement there.

But the changes he described have yet to be issued as orders to troops in the field, according to American service members and officials in Afghanistan. With the new rules caught in bureaucratic limbo, Mr. Mattis effectively telegraphed the military’s plans to the Taliban before they could be put into action.

Why Mr. Mattis chose to publicly discuss the rules of engagement — parameters that are classified to ensure the enemy cannot take advantage of their limitations — is unclear. The Pentagon did not deny that the changes had yet to go into effect, but a spokesman, Lt. Col. Mike Andrews, said he strongly disagreed “that the secretary said anything in public that would place forces on the ground at risk, or help the enemy.”

Mr. Mattis’s decision to talk about the secretive guidelines highlights the difficult position he is in: wedged between lawmakers’ demands for more transparency while trying to articulate how the United States is committed to the country’s longest-running war, one the public has largely dismissed.

The disclosure signaled to Taliban fighters that some of their well-established sanctuaries are no longer safe and that they will need to change how they move around the battlefield to avoid American bombs. It also takes away the element of surprise, a core aspect of any battle plan.

Battlefield commanders in Afghanistan have long publicly discussed the need to take more aggressive measures as the Taliban have gained ground since the American troop drawdown in 2014. But current and retired military officers expressed surprise that Mr. Mattis, himself a retired Marine field commander, went so far.

“This is an odd break from someone who is usually very selective of information divulged about the war,” said Jason Dempsey, an adjunct senior fellow at the Center for a New American Security and veteran Army infantry officer who was deployed twice to Afghanistan.

Mr. Mattis’s shift will move the military away from Obama-era rules that allow American forces to strike the Taliban if they are shooting at or otherwise threatening American or Afghan forces. Instead, under the changes, American aircraft could seek out and attack militants based simply on their affiliation to the group.

“You see some of the results of releasing our military from, for example, a proximity requirement — how close was the enemy to the Afghan or the U.S.-advised Special Forces,” Mr. Mattis said on Tuesday in front of the Senate Armed Services Committee. “That is no longer the case, for example. So these kind of restrictions that did not allow us to employ the air power fully have been removed, yes.”

He made similar remarks testifying that afternoon in front of the House Armed Services Committee.

The changes are similar to the rules of engagement governing the fight against the Islamic State in Syria and Iraq as well as in eastern Afghanistan, where the extremist group has been active for the past two years.

They also hark back to the height of the war in Afghanistan, when about 100,000 American troops were fanned out across the country and intelligence was regularly harvested in an effort to produce more targets for fleets of American aircraft and hundreds of Special Operations forces.

David W. Barno, a retired Army lieutenant general, who led the war effort in Afghanistan for almost two years, said the changes probably indicate that the American military is shifting from a largely defensive war and “getting off its hands and much more involved in combat operations.”

Indeed, Mr. Mattis’s push to implement more aggressive rules of engagement coincides with his decision to place American troops closer to the fighting, which he stresses will be in only an advisory role. It is also the latest move in a string of military decisions by the Trump administration to give more decision-making authority to troops at lower levels.

Mr. Mattis’s comments also provided some clarity about a remark made last month by President Trump in front of the United Nations General Assembly. During a speech, Mr. Trump said that he had “totally changed” the rules of engagement against the Taliban and terrorist groups in Afghanistan as part of his new strategy for South Asia.

An American military official in Afghanistan said that Gen. John W. Nicholson Jr., the top American commander in the country, had requested the new rules, and that they were expected to be in effect soon. But the official acknowledged that changes were still being worked out. He said that Mr. Mattis chose an unconventional venue to describe them and added that they are usually never discussed.

“One of the things that is interesting to me is why this didn’t go into a closed hearing,” Mr. Barno said of Mr. Mattis’s decision to talk about the rules of engagement. “It’s a bit odd to me they didn’t go down that route to paint the picture more clearly.”

Later during the hearing, Mr. Mattis was pressed by Senator Kirsten Gillibrand, Democrat of New York, about another issue: whether he would be “honest with the American people about the numbers of troops you are sending over and what their missions will be.”

Mr. Mattis replied, “No, ma’am, if it involves telling the enemy something that will help them.”

Sixteen years into America’s war in Afghanistan, the Pentagon has a new strategy it says will help bring the conflict to an end. A large part of it: Intensifying the U.S.- and NATO-led air campaign…

Civilians are bearing the brunt of conflict in Afghanistan, report by the Bureau of Investigative Reporting, Sept 30, 2017

WASHINGTON (AP) — Reversing his past calls for a speedy exit, President Donald Trump recommitted the United States to the 16-year-old war in Afghanistan Monday night, declaring U.S. troops must “fight to win.” He pointedly declined to disclose how many more troops will be dispatched to wage America’s longest war…

Although Trump insisted he would “not talk about numbers of troops” or telegraph military moves in advance, he hinted that he’d embraced the Pentagon’s proposal to boost troop numbers by nearly 4,000, augmenting the roughly 8,400 Americans there now… 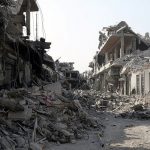 City of Raqqa, Syria lies in ruins following U.S.-Kurdish offensive to retake it from ISISMultipolarity 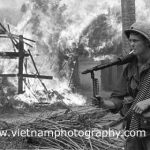