Over the past week, according to the DPR Defense Ministry, Kiev made more than 3,500 attacks on the territory of the DPR, including nearly 2,500 bombardments with heavy weapons.

By the end of last week, the situation in the south of the Donetsk People’s Republic dramatically worsened. In the Mariupol direction, Kiev shelled the positions of the republican army as well as peaceful localities with heavy artillery, anti-tank missile systems, anti-aircraft systems and mortars. After the attacks, the Ukrainian side made several attempts to break through the defenses of the DPR army. All the attempts were unsuccessful, with one Ukrainian soldier killed, according to the Kiev media. 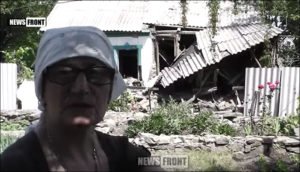 Intensive battles were also fought in the north of Gorlovka, the west of Donetsk, and in the area of Yasinovataya located between Donetsk and Gorlovka. At the Yasinovatsky checkpoint, the soldiers of the DPR army recorded a video showing a Ukrainian armoured vehicle approaching their positions under the cover of small arms.

Over the past week, according to the DPR Defense Ministry, Kiev made more than 3,500 attacks on the territory of the DPR, including nearly 2,500 bombardments with heavy weapons. The Ukrainian military fired about 400 shells from 152mm artillery systems alone.

As a result of the bombardment, according to the DPR official information, four soldiers of the republican army were killed and seven civilians wounded, including a 72-year-old woman who was shot by a Ukrainian sniper. The material damage caused by the attacks amounted to about 70 houses completely or partially destroyed.

Local residents of the localities affected by the Ukrainian artillery attacks showed reporters the ruins of houses (11-minute video) destroyed by direct hits of artillery projectiles. Fortunately, the owners of these houses were elsewhere at the time of shelling.

On the eve of Sunday June 19, the day of the Holy Trinity, the DPR authorities appealed to the Ukrainian military with a proposal for a cease fire in recognition for this special day. In response, Kiev only reduced the number of attacks to 300, of which, according to the DPR Defense Ministry, 25 were still made with heavy artillery of the 152mm caliber.

These bombardments resulted in damage to another 12 houses, two of which, on the outskirts of Donetsk, were completely burnt. Due to the ongoing shelling, firefighters were not able to get to the scene and the fire had to be extinguished at night by locals, most of whom are the elderly having nowhere else to go. In addition, because of the power lines damaged, 94 homes were left without any power.

It is also possible that a decrease in the number of attacks on the part of the Ukrainian army on the Holy Trinity day was due to the fact that the DPR soldiers opened return artillery fire immediately after each attack began, preventing casualties among the local population and further destruction.

Over the past two weeks, the Ukrainian side opened fire from almost all kinds of arms along the entire front line. At the same time, Kiev continues to deliver both weapons and equipment there. The DPR intelligence data aggregated over the past week indicated dozens of Ukrainian mortars, howitzers, self-propelled artillery systems, tanks and “Grads” (see below pictures of weapons mentioned), delivered to the contact line. The main flow of arms was reported to be in the Gorlovka direction, which threatens to deteriorate the situation in the northern segments of the front as well.

The press centre of the Ukrainian operational headquarters traditionally claims no casualties among the Ukrainian military. A recent statement by the Ukrainian army command explained the lack of them in Kiev’s official reports, even as volunteers informed of large numbers of dead and wounded in the operational area.

According to the General Staff of the Armed Forces of Ukraine, losses among the nationalist battalions are considered non-combat, as radicals are not authorized to be on the front line. At the same time, the Ukrainian command recently stated that in the operational zone there only army units and those of the National Guard subordinated to the General Staff.

Right-wing nationalists fighting at the forefront openly write in social networks that during attacks on their positions by the DPR, the Ukrainian military do not provide them with any assistance, even for the evacuation of the wounded. In addition, DPR intelligence found that the commanders of at least five brigades of the Ukrainian army had received private orders to open fire on the positions of the nationalists from the flanks along the entire front line.

As a result, according to the DPR intelligence sources on the ground, over the past week alone, the losses of the Right Sector in Donbass amounted to 18 men killed and at least 25 wounded. At the end of the week, the Right Sector announced that its units were to be withdrawn from the operational zone and sent to Odessa to participate in protests against the policy of the Ukrainian authorities.

The Ukrainian military also continued night bombardments of the Kiev-controlled areas in order to lay the blame for them on the DPR army for both the OSCE observers and the local population. In particular, two days ago a western suburb of Donetsk was shelled from the Ukrainian side, and immediately after that, fire was opened from the neighbouring Ukrainian positions on the locality from which the DPR territory was attacked. However, unlike the DPR’s retaliation, directed solely at Ukrainian military positions, this time it was residential areas of the locality that were hit.

The National Guard of Ukraine was created to maintain order throughout the country and, in particular, for crowd control. Two days ago, the President of Ukraine Poroshenko announced his intention to send the National Guard units to the front lines in the operational zone “to get combat experience.” 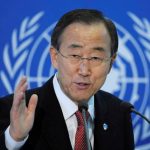 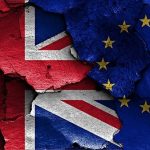 The left and the EU: Why cling to this reactionary institution?Europe - West, Feature Articles