By Irina Burya, Donetsk International News Agency, special to Russia Inside on June 10, 2016

By mid-week, the situation in Donbass sharply deteriorated. According to the DPR Defense Ministry, the daily number of attacks on the Ukrainian side reached a level of about five hundred, with constant mortar fire and rounds from heavy artillery, tanks and infantry fighting vehicles.

Earlier this week, Kiev attacked along the entire front line: from Gorlovka in the north of the DPR, to Dokuchaevsk in the south of the Republic. In Donetsk, the north-western outskirts were shelled, resulting in one civilian wounded and six houses severely damaged.

Earlier, the DPR army managed to push the Ukrainian positions about a kilometre away from Gorlovka to protect the city from Kiev’s attacks, which have not stopped for a single day for over a year. In response, the Ukrainian military opened constant mortar fire on the positions of the republican army and on the northern outskirts of the city. According to local residents, they spent almost all nights in basements.

During one of those nights, a local woman went into labor. The fire on the Ukrainian side was so intense that an ambulance was able to reach her only 40 minutes after her son was born. He was delivered by her relatives, none of whom had any medical background. According to doctors, the baby was born healthy; after the shelling, he and his mother were taken to hospital.

On the same day in the area of Gorlovka, a prison was shelled, which could have resulted in the escape of hundreds of criminals. According to the prison administration, the bombardment lasted for about five hours, with one of the shells hitting the restricted area, but causing no casualties. This colony had already been shelled last autumn, wounding at the time three prisoners.

According to local authorities, about 20 houses have been severely damaged in Gorlovka over the past few days.

Kiev also sharply tightened the blockade over Donbass, preventing by all possible means the movement of civilians through checkpoints.

The checkpoint in Elenovka to the south of Donetsk was shelled again over the past few days. The previous bombardment had claimed the life of five civilians, including a pregnant woman, as projectiles had directly hit civilian vehicles.

In the south of the DPR, Alexander Hug, the Deputy Head of the OSCE mission in Ukraine, visited Dokuchaievsk. During his visit, the locals asked him to open a checkpoint in the area. After his departure, the Ukrainian side fired mortars on the town. According to local residents, they counted more than a hundred mortars landing.

In the Lugansk People’s Republic, the Ukrainian military shelled a checkpoint of the People’s Militia, in spite of the presence of OSCE observers there. At the time of the bombardment, there were about 200 civilians, mostly elderly. The Ukrainian side fired two rounds at them, presumably from an infantry fighting vehicle. According to eyewitnesses, the OSCE representatives were 100 meters away from the shelling. They started to record it, but then received a phone call, after which they immediately left.

In the north of the DPR, Kiev unilaterally closed the checkpoint in the Gorlovka area in order for the construction of additional engineering facilities within the areas of the “grey” zone occupied by the Ukrainian army. According to the Ukrainian side, the checkpoint will be closed for two weeks.

According to DPR intelligence, Kiev is also actively equipping additional firing positions along the entire perimeter of Donetsk. Until recently, there were only mortar positions. Now the firing line is remodelled and strengthened, suitable for accommodating 122mm and 152mm heavy artillery. Nearby trenches have been prepared for self-propelled artillery systems and infantry fighting vehicles.

The intelligence of the both DPR and LPR also continues to report of the ongoing amassing on the frontline of Ukrainian heavy weapons, including tanks, self-propelled artillery systems from 122mm to 203mm caliber, anti-tank cannons, anti-aircraft missile, and gun systems and infantry fighting vehicle. In addition, according to the LPR People’s Militia, over the last few days, Kiev delivered 200-300 radicals from the nationalist battalions to their section of the front.

On June 8, the Head of the DPR, Alexander Zakharchenko, held the fifth direct line with the people of Ukraine, during which he again answered their questions about the military, political, social and economic aspects of life in the Republic. The number of questions to the DPR leader was four times that of the first call-in.

During all such call-ins, the website used was subjected to massive hacker attacks. This time around, however, perhaps because Zakharchenko had announced that the next dialogue would be held with residents of Kiev, the Ukrainian authorities responded by opening artillery fire on the DPR capital.

On the nights of June 8 to 9, Donetsk and its satellite town of Makeevka experienced a bombardment by the Ukrainian Army that lasted 12 hours, which the DPR Defense Ministry reported as involving mortars, infantry fighting vehicles, tanks and 152mm cannons. Heavy explosions were heard in all districts of the city. Locals reported whistling mines and burning buildings. At night, the city authorities reported two civilians seriously wounded (a woman in the stomach and a man in the head), multiple destruction caused by direct hits of projectiles, and their inability, due to the dense fire, to reach the destroyed houses to help their residents.

In the morning of June 9, the DPR authorities reported that as a result of the bombardment, one civilian was killed and 15 wounded, including a 3-year-old boy who, together with his mother, had suffered multiple shrapnel wounds and was in intensive care. The bombardment also caused severe damage to 44 houses.

DONi journalists visited one of the districts of Donetsk affected by the Ukrainian attack and recorded the results of the night’s fire.

The Ukrainian side deliberately shelled residential areas of Donetsk and Makeevka, not positions of the DPR army. According to the Defense Ministry, only one soldier of the Republican Armed Forces was killed and another wounded in the efforts to subdue the attack.

In the morning of June 9, the DPR convened an emergency meeting of the Contact Group in the Minsk negotiations via video conference due to the targeted attacks of the Ukrainian Army on residential areas of the DPR localities the previous night. According to Dennis Pushilin, the head of the DPR delegation at the peace talks, the meeting did not take place on account of the Ukrainian side.

At noon of June 9, the Ukrainian Army opened fire around the vicinity of the only remaining kindergarten in one of the Donetsk districts shelled at night. According to the DPR authorities, at the time of the shelling, there were children in the kindergarten. 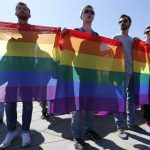