The week began in Donbass with a sharp aggravation of the situation on the front. On the night of July 18, the Ukrainian side opened massive fire on the territory of the Donetsk Peoples Republic along the entire front line. 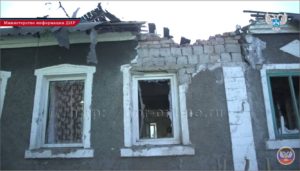 Damage to houses in Donetsk, eastern Ukraine caused by Ukrainian shelling on July 18, 2016

The inhabitants of the Republic reported a permanent glow in the sky, and from time to time the entire horizon flashed. In Donetsk, heavy explosions were clearly audible, even in the city center, and in one of the districts during the night, the lights went out as a shell hit a sub-station.

In Gorlovka in the north of the DPR, four powerful explosions sounded, creating a glow of a fire seen in several places, following which people retreated to their cellars.

From Yasinovataya, located between Gorlovka and Donetsk, came reports of shelling from several directions at the same time, with car alarms periodically going off in the city. At about midnight, the DPR Defense Ministry officially informed of Kiev using 122mm artillery in this area.

Powerful battles involving the use of heavy artillery were also reported by the residents of Dokuchaevsk in the south of the Republic.

In the morning, DPR authorities reported that as a result of shelling by the Ukrainian army, four civilians in Donetsk were wounded by shrapnel and five houses damaged, two of which were completely destroyed by direct hits. Also damaged was a sub-station in one of the districts of the city, leaving many houses without electricity, and the Donetsk filter plant experienced damage, which left several localities without water. The Ukrainian military also struck at the beach of one of Donetsk lakes and a cattle farm, located on the outskirts of the city.

On the northern outskirts of Gorlovka, the direct hit of Ukrainian shells completely destroyed seven houses. The DPR army returned fire and suppressed the Ukrainian firing position responsible for the destruction, resulting in four Ukrainian soldiers killed and another three wounded.

Kiev also suffered losses near Donetsk where, under the cover of artillery fire, the Ukrainian military made another attempt to break through the DPR defenses, which cost them three killed and five wounded.

There was no official information about the DPR army losses.

On July 19, the bombardment of Donetsk started in the daytime, at about 6pm, which had not occurred for about a year. Two districts of the city came under a massive fire which resulted, according to local authorities, in a significant damage to 26 houses, some of them completely destroyed by direct hits, and a gas pipeline.

At night, the DPR Defense Ministry issued an urgent statement, reporting on the use by the Ukrainian military of not less than 122mm heavy artillery and warning of a harsh response.

The same day, U.S. State Department spokesman Mark Toner said that the Ukrainian side had the day before suffered the greatest number of losses of late, some seven killed and 14 wounded. According to him, this was a threat to the implementation of the Minsk Agreements. Mark Toner did not mention in his statement either casualties among the civilians of Donbass or the continued delivery by Kiev of heavy weapons to the front line.

Meanwhile, the DPR military authorities reported in their urgent statement that just before the bombardment of Donetsk, the Ukrainian side had delivered to their positions over 30 artillery systems, tanks and mortars. In addition, DPR soldiers had downed a Ukrainian drone flying over the affected districts, according to local residents, right before the bombardment.

In turn, OSCE observers noted in their report the absence in the sites of Ukrainian heavy weapons storage of 31 anti-tank cannons, 33 tanks and 12 heavy mortars. They also documented the presence of 10 Uragan MLRS’s on the Ukrainian side of the contact line. In addition, the commander of a Ukrainian Army brigade, in spite of the categorical refusal by Kiev to allow the international observers into their position, showed the OSCE observers  eight Grad MLRS’s located in his unit’s positions.

On July 18, the DPR began holding electon primaries. The following day, DPR officials completed the collection of  signatures for a petition to international organizations about violations by Kiev of the Minsk Agreements. It has been signed by over 300,000 inhabitants of the Republic.

On July 19 in Lugansk, a mass training of city residents for peaceful resistance to an international police mission took place. The next day, the same training was held in the DPR. The head of the LPR, Igor Plotnitsky, has announced the formation in the Republic of an aircraft unit.

Kiev realizes that it is running out of time. Deliberately shelling residential areas and affecting the vital urban infrastructure of the Republic of late, it seeks to “squeeze” their residents out of the localities, and in such a way facilitate the seizure of the territory of Donbass. At the same time, Kiev authorities also precede each attack with justifying propaganda, the Ukrainian media spreading information about the Army of the Republics supposedly shelling Ukrainian military positions.

The other day, the former head of the SBU (Ukrainian Security Service) claimed that the Republics have as many tanks as Germany and the UK combined!

The large-scale military exercises held in Ukraine called  “Summer Storm-2016” ended this week, the main objective of which was, according to the Ukrainian Defense Ministry, to develop the interaction of different types of troops in an offensive operation. The exercise involved military aviation and air defense, such as the Buk anti-air missile system, and rehearsed an air assault, including the landing of military equipment.

On July 19, Oleksandr Turchinov, the Secretary of the National Security and Defense Council who had begun the so-called antiterrorist operation in Donbass in April 2014, said that due to the aggravation of the situation in Donbass, the Ukrainian authorities may consider the imposition of martial law in the country.

The next day, Ukrainian media reported that martial law would be introduced on August 1st, citing an anonymous source from the party of Ukrainian President Poroshenko. 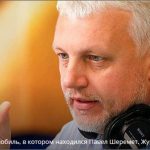 The killing of journalist Pavel Shermet: The Ukrainian ‘Revolution of Dignity’ is devouring its adopted childrenUkraine 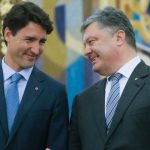