The period of relative “calm” in Donbass, which was observed by the end of last week, has come to an end, apparently due to fresh delivery of artillery shells to Ukrainian positions. The number of daily attacks on DPR territory by Kiev has not changed significantly, but along with mortars, the Ukrainian military has again started to use heavy 122 and 152mm artillery, with a daily number of about 60 shells, according to the DPR Defense Ministry.

At the same time, since the beginning of the week, the Ukrainian side has been making attempts to break through or find weak spots in the DPR army’s defenses. On the night of July 12, after a mortar attack on the western outskirts of Donetsk, the Ukrainian military attacked the DPR position. A little later, another unit of the Ukrainian army decided to conduct reconnaissance in the south-west of the DPR capital.

The DPR military authorities reported that both attacks had been repelled, with Kiev losing five men killed in the first attempt, and up to seven in the second.

The third attempt to break through was reported by soldiers of the DPR army located on the border between the DPR and LPR. There, the Ukrainian military’s attack ended with them being “driven into a tight circle”, according to Republican soldiers, and after a couple of hours, a laconic report came from the front line stating that “the surrounded are being finished off”.

The next day, reporting on the losses caused by “an unprovoked attack on the Ukrainian army positions”, the spokesperson of the anti-terrorist operation (ATO) announced that the DPR army had received “new Russian weapons”.

It was residents of Gorlovka, having again had to spend the night in basements, who paid for Kiev’s failures on the front. The locals reported almost non-stop fire from mortars and grenade launchers that came in a series of rounds. The men in DPR positions also reported several rounds from howitzers on one of the outskirts of the city as well as a few rounds from a tank they had heard in the general din.

According to local authorities, there were no casualties, but at least 15 houses were damaged as a result of the attack.

The following two nights, the Ukrainian side launched intensive attacks on Donetsk. Kiev was shelling the DPR capital with mortars and artillery from all sides. The social networks were full of reports from the northern, western and southern outskirts of trembling walls, shattering windows, shells whistling over people’s heads, and explosions close by. Due to the lack of basements in the city, many residents spent the night in their bathrooms, the safest place in multi-storey buildings.

The DPR authorities reported that, as a result of the first shelling in Donetsk, one civilian had been killed and two women wounded. An ambulance taking one of them to hospital had also come under fire. In addition, the attack on the Ukrainian side resulted in 44 houses and a mine damaged, six streets left without electricity, due to the destruction of a substation, and another three without gas, due to a damage to a pipeline.

The second bombardment, on the night from 13 to 14 July, resulted in another two women wounded, two houses completely destroyed by a direct hit, and another eight damaged.

That same night, Kiev undertook another two attempts to break through the DPR defenses, to the west and south-west of Donetsk. Both attacks were also repelled, with the Ukrainian side losing nine men killed and seven wounded. The DPR army also suffered losses of two soldiers killed and another two wounded.

There were also ongoing battles in the Yasinovataya area located between Donetsk and Gorlovka; the Avdeevka industrial zone, the “hottest” spot of the front recently; and in the south of the DPR. Moreover, in the area of the Yasinovatsky checkpoint and the Avdeevka industrial zone, Kiev no longer limited itself to night shelling, using all arms available, in this section of the front, but constantly opened fire from mortars and grenade launchers at the DPR army positions, even in the daytime.

In the south of the DPR, Kiev fired on front-line localities of the Republic with mortars and infantry fighting vehicles. The DPR Defense Ministry proposed to go together with the OSCE observers to the “hot” spots and document the results of bombardments, but their offer was refused. Representatives of the mission explained that the localities were too far away and the mission staff watched online footage of what was happening with their cameras in Shirokino, a town in the “grey” area, seized by the Ukrainian military in the spring.

Kiev also continued to deliver weapons and equipment to the front line, at the same time stepping up sabotage and intelligence activities. Over the past few days, DPR intelligence reported of the arrival on the Ukrainian side of the front of tanks, a mechanized platoon of infantry fighting vehicles, 122mm howitzers, and self-propelled artillery systems, as well as “Grad” MLRS’s (see below pictures of weapons mentioned). Ukrainian drones continuously fly over Donetsk and Gorlovka, with armed ones repeatedly seen among them.

In addition, DPR intelligence sources on the ground reported that in Kiev-controlled Slavyansk, the Ukrainian military were equipping landing grounds for combat and military transport helicopters.

In the Amvrosievka area, situated in the deep rear of the DPR, there were frequent night skirmishes with Ukrainian subversive groups aiming to damage a strategically important railway line. Mines had already been repeatedly found and neutralized along it before, and in recent days, apparently, attempts to sabotage the line resumed.

Two days ago in Gorlovka, the DPR MGB (Ministry of State Security) detained two Ukrainian spies recruited by the SBU (Security Service of Ukraine) and trained in the Kiev-controlled territory of Donbass under the guidance of foreign instructors. The presence of such a camp, located to the south-west of Donetsk, was confirmed by DPR intelligence sources on the ground. The saboteurs had been tasked with physically eliminating a high-ranking officer of the DPR army.

Massive attacks on DPR territory by Kiev took place against the backdrop of another meeting of the Contact Group in Minsk. The Ukrainian party actually disrupted the negotiations, not having submitted any draft laws on local elections, amnesty and constitutional reform for discussion and agreement with the Republics. At the same time, Kiev’s representatives announced that Ukraine was currently agreeing on ways of settling the conflict in Donbass “in other formats”. 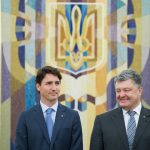 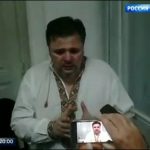