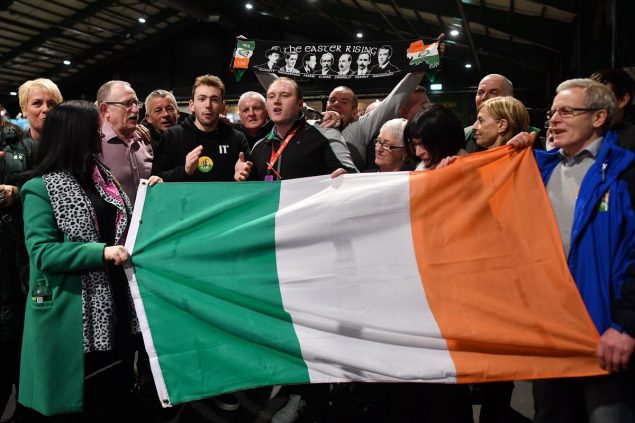 Sinn Féin has demanded a role in Ireland’s new government after surging to the highest vote share in a seismic general election that will make it hard for the country’s traditional ruling parties to govern without it.

Sinn Féin has demanded a role in Ireland’s new government after surging to the highest vote share in a seismic general election that will make it hard for the country’s traditional ruling parties to govern without it.

The nationalist party’s breakthrough in Saturday’s election following decades on the fringes of politics is likely to leave Dublin facing political deadlock.

The party, led by Mary Lou McDonald, took 24.5 per cent of the vote after pushing prime minister Leo Varadkar’s centre-right Fine Gael into third place with 20.9 per cent, less than three years after he took office.

The centrist opposition Fianna Fáil, led by Micheál Martin, came second with 22.2 per cent but is likely to be the largest party in parliament because Sinn Féin did not run enough candidates to be able to take the most seats.

Ms McDonald said she expected to win more than 30 seats, up from 23 after the last election, with many of her party’s candidates topping the poll in their constituencies.

“It’s fair to say that this election has been historic. It’s something of a revolution in the ballot box,” she said.

Counting was continuing on Sunday night, with final results not expected until later on Monday.

“We now have a very, very substantial mandate,” Ms McDonald told RTÉ television on Sunday. “And what I also know is that for Fianna Fáil or Fine Gael, or anybody else for that matter, to suggest that the people that we represent should somehow uniquely be told that they can’t expect their elected representatives to be at the decision-making table is wrong.”

The Sinn Féin advance, compared with its 9.5 per cent vote share in local elections last year, will reshape a political landscape dominated for close to a century by Fine Gael and Fianna Fáil.

Both Fine Gael and Fianna Fáil have always sought to exclude Sinn Féin from government because of the party’s IRA links and leftist policies but Ms McDonald said that was no longer sustainable.

The strongly nationalist party was the political wing of the paramilitary group during its deadly campaign to force Britain from Northern Ireland that ended after the 1998 Good Friday Agreement.

“That kind of exclusionary politics is wrong [and] is absolutely counterproductive,” Ms McDonald said, adding that voters expected her party to take a place in government.

Exit poll findings suggested that Mr Varadkar clawed back support in the final days after trailing throughout the campaign. However, Mr Martin said on Sunday that he expected to have the most seats in the 160-member Dáil assembly.

With Ms McDonald increasingly likely to hold the balance of power in a fragmented parliament, analysts said the largest party would have very limited options.

Mr Varadkar said on Sunday that he would seek to continue leading his party, adding that his position on rejecting a coalition with Sinn Féin was unchanged. “A forced marriage would not result in a good government,” he said.

“In terms of coalition speculation, I made my position and that of the Fine Gael party very clear during the election campaign. We won the votes that we won on that basis and my position hasn’t changed.”

Mr Martin, who insisted throughout the campaign that he would never work with Sinn Féin, stopped short of ruling that out on Sunday. “There is significant incompatibility in terms of the policy platforms of ourselves and Sinn Féin. We just have to put that marker down,” he said.

“One’s policies and one’s principles don’t change overnight, and there are serious policy issues and for any government to sustain into the future.”

The election was dominated by housing and healthcare, Mr Varadkar’s weakest spots, which made it difficult for him to take advantage of rapid economic growth and his Brexit diplomacy. The exit poll for RTÉ and other media suggested Brexit was the priority only for 1 per cent of voters.

Fine Gael has ruled since it deposed Fianna Fáil in 2011 in the wake of the financial crash that led to an international bailout. Since 2016 Mr Martin has propped up the minority Fine Gael government from opposition with a parliamentary voting pact, prompting scathing criticism by Ms McDonald that it is a carve-up by the two established parties.

Simon Coveney, deputy premier in Mr Varadkar’s administration, said it would take “many weeks” to form a government and signalled that Fine Gael would not prop up a minority Fianna Fáil administration.

“Fianna Fáil are seen by many as a party that wasn’t either in government or in opposition. The idea that that would be repeated now I think is very unlikely,” he said.

“If it’s not possible for Fine Gael to be in government, I think our members would want us to be very active in opposition.”

Gerard Howlin, who was an adviser for former Fianna Fáil taoiseach Bertie Ahern, said no functioning democracy could exclude from government a party that received nearly a quarter of the overall vote. He argued that the refusal of both Fianna Fáil and Fine Gael to discuss a coalition with Sinn Féin was now only a holding position.

“The first thing that has to happen for Fine Gael and Fianna Fáil is that they have to be seen to exhaust every other possibility. That has to be done ritually. But at the end of the day there will be only two choices. One is to bring Sinn Féin into government or else for Fianna Fáil and Fine Gael to form some arrangement again, but that will have the inevitable result of diminishing them further,” he said.

“In a 100-year trajectory since the foundation of the state, this is the final end of a political system and architecture that was intact since the late 1920s.” 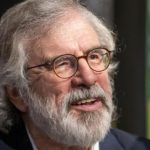 The moon is rising over IrelandIreland, Video, Videos and podcasts 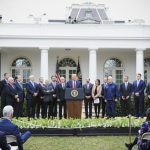