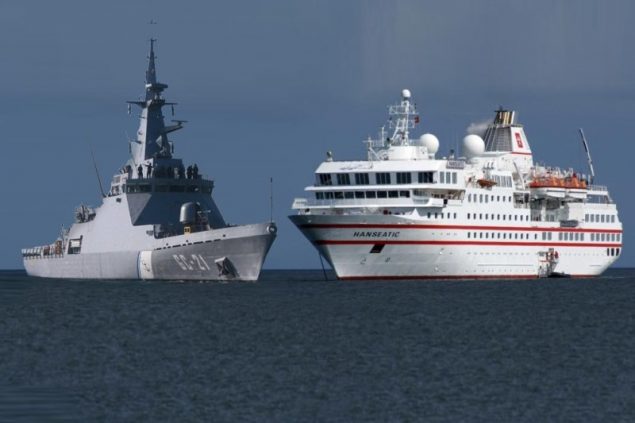 For reference only: this image does not show the true proportions of the Naiguata and the Resolute. The Resolute is 5 times heavier than the Naiguata.

Venezuelan Navy OPV vessel Naiguatá (GC-23) sank on Monday, March 30 at 12:45 AM northeast of Tortuga Island after colliding with a Portuguese passenger ship “Resolute”, an impact that caused severe damage to the Naiguata’s hull. The Resolute continued to sail to Curaçao without rescuing the Venezuelan crew of the sinking vessel.

Venezuelan Navy OPV vessel Naiguatá (GC-23) sank on Monday, March 30 at 12:45 AM northeast of Tortuga Island after colliding with a Portuguese passenger ship “Resolute”, an impact that caused severe damage to the Naiguata’s hull. The Resolute continued to sail to Curaçao without rescuing the Venezuelan crew of the sinking vessel.

The boat dedicated to the protection of the Venezuelan coasts, arrived in Venezuela in 2009 from Spain, with a weight of 1,720 tons, reached a speed of 22 knots and had a compact 76/62 mm OTO Melara cannon apart from two guns 20 mm and two others of more than 12.7 mm.

According to Wikipedia, the RCGS Resolute as of October 2018, previously Society Adventurer and Hanseatic is a five-star cruise ship owned by One Ocean Expeditions cruise line. The vessel has been chartered as from October. Built in 1991, she specializes in trips to the Antarctic.

Wikipedia also refers to the controversial background of the ship, acording to the website: “The Resolute was scheduled to conduct a cruise to the Falkland Islands, South Georgia, and Antarctica from October 19, 2019, through November 6, 2019, beginning and ending in Ushuaia. A medical emergency occurred on the ship while it was en route to Ushuaia, which delayed the ship, so the passengers were flown to Buenos Aires to meet the ship. The ship sailed from Buenos Aires on October 19. On October 22, the ship entered the port at Puerto Madryn (Agentina) to refuel. After sitting in port for two days, it was revealed that the fuel could not be obtained because of non-payment by the ship operator, One Ocean Expeditions. The Antarctic expedition was cancelled and the ship sailed back to Buenos Aires with all its passengers. Once in Buenos Aires, the passengers disembarked and were left on their own with no reimbursement or compensation. The ship was subsequently detained in Buenos Aires for non-payment of debts.”

The Portuguese ship is currently in the Port of Willemstad, the capital of Curaçao, where it docked in the morning hours of Tuesday, March 31, one day after the incident under a refueling request (bunker call). Curacao authorities have indicated that they have receive a request of cooperation from the Venezuelan government and also that the vessel is under Coronavirus quarantine, making clear that this is a cooperation in a conflict between Venezuelan and Portuguese governments.

On March 31 afternoon the Venezuelan Ministry of Defense issued a vague statement informing that the Venezuelan vessel crashed with the Resolute while they were in the middle of a protocol of maritime traffic control. “The action of the ship “Resolute” is considered cowardly and criminal, since it did not participate in the Venezuelan crew’s rescue, in breach of the international regulations that rule the rescue of life at sea.

A few hours later Venezuelan Chancellor posted on twitter: ‘Venezuela demands that the Government of the Netherlands, in accordance with International Maritime Law, open the rightful investigations against the crew of the Resolute, docked in Curaçao, for the serious aggression they committed against the Venezuelan coast guard ship Naiguatá.’”

On Tuesday, March 31 at night President Maduro, during the activation of the Council of State to fight the Coronavirus, mentioned the incident saying that it was an act of piracy because the Venezuelan navy vessel was practicing the international protocol use in cases when ships are found in territorial waters of Venezuela and invited the Resolute to dock in Margarita Island.

President Maduro questioned the use of peace protocols in moments when Venezuela is being threatened by the United States with military actions and let the audience know that this incident had a tail. He said that the protocols of engagement should be revised under current circumstances.

In the same event, Vladimir Padrino Lopez, Minister of Defense provided more details, he labeled the incident also as an act of piracy practiced by a tourist cruise ship and mentioned that is was unclear what use was being made of that ship at that time. He reported that when radar detected the Resolute 7 miles from La Tortuga island, the CEOFAN sent the Naiguata patrol ship. The Naiguata, following international protocol, invited the Resolute to dock in Margarita Island and they accepted at the beginning but at some point the Resolute crew changed its mind, increased speed, provoking a collision with the Naiguata and causing its sinking.

On Wednesday, April 1st, Columbia Cruise Services, owner of the resolute published an unusual statement on their website more similar to a Miami Herald piece on Venezuela than a statement made by a law abiding organization.

A statement from the RCGS Resolute on what happened with the Venezuelan navy which led to the sinking of the GC-23 Naiguata. The Naiguata attempted to divert the vessel from international waters and shot at and rammed the resolute.#Venezuela pic.twitter.com/h8V0hA6101

Thursday, April 1st, at night, a few hours after Trump’s regime announced the decision of redoubling the US military presence in the Caribbean under an alleged fight again drug trafficking, President Maduro provided more detail on the incident and indicated that on the ship there are 160 passengers and that Curacao authorities have not been able to enter the ship.

“Connecting the dots on recent US aggression against Venezuela, the need of Washington to urgently find a diversion from the catastrophic coronavirus crisis that is being faced by the US people and knowing a bit of the history of Cuba’s Bay of Pigs incident, one can only think of a real possibility of an attempt to deploy mercenaries in Venezuelan shores in another desperate maneuver from the US, to undermine the solid leadership of President Maduro that in recent days have been growing due to his competent handling of the fight against Coronavirus,” an analyst said to OT.

Featured image: Referential image not respecting proportions of the Naiguata and the Resolute. The Resolute is 5 times heavier than the Naiguata. 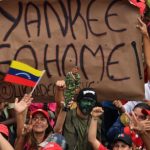 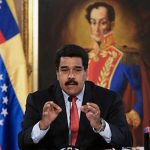 President Maduro calls on the people of the U.S. to prevent a war against VenezuelaCOVID-19 Corona virus, Foreign intervention, Imperialism, Issues, Latin America and the Caribbean, Venezuela, Venezuela attempted coup