Introductory note by New Cold War.org:
The following Bloomberg News article contrasts sharply with the hysterical, anti-Russia stories permeating most Western media outlets. For example in Canada in the state-run CBC and the Globe and Mail daily. By contrast to those, the Toronto Star, Canada’s largest daily newspaper, published the Bloomberg article in its edition of Sunday, November 19. The New York Post cites the item in a November 15 news summary. That said, even a reasoned article in Bloomberg News cannot close without referring to an “obvious propaganda and disinformation campaign Russia has been conducting throughout the West, and in the U.S. in particular…”

The Trump-Russia story is becoming surreal. It’s worth pausing for a minute and applying a tool that’s getting rusty from disuse — Occam’s razor, and specifically Isaac Newton’s take on it: “We are to admit no more causes of natural things than such as are both true and sufficient to explain their appearances.” 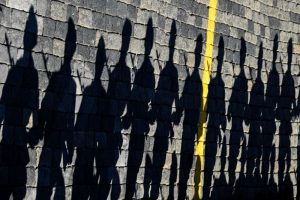 Here’s a simple example. BuzzFeed on Tuesday came out with a story about the U.S. Federal Bureau of Investigation checking into 60 transfers sent by the Russian Foreign Ministry to embassies around the world with a note that the money was meant “to finance election campaign of 2016.” Russia says that meant the Russian parliamentary election that took place in September 2016, not the U.S. presidential election. The voting for that election was organized in 147 countries; some 1.9 million Russian expatriates could come to hundreds of diplomatic missions to cast their votes, though only some 216,000 ended up doing so.

This is an obvious, simple explanation for the transfers. If U.S. election interference was intended with the funds, would a Russian government agency openly transfer money to “finance” it and label it as such? Why would the Foreign Ministry transfer money for a U.S. election meddling effort to dozens of diplomatic missions far from U.S. shores? The transfers arrived in early August, just in time to organize the polling stations for the Sept. 18 Russian election. But BuzzFeed pumped up the drama: “Just as the U.S. presidential election was entering its final, heated phase, the Russian foreign ministry sent nearly $30,000 to its embassy in Washington.” After the story ran, the Russian Foreign Ministry provided the obvious explanation; BuzzFeed added it to the piece without altering its ominous tone.

There are other such examples of ignoring the obvious. The recent scoop from the Atlantic, which quoted messages from WikiLeaks to Donald Trump Jr. and the three responses to them from the president’s son, got a lot of play on social networks because it was perceived as evidence of collusion between the Trump campaign and an outlet suspected by many of being a Russian tool. The Atlantic even edited one of the messages in a way that seems to enhance that impression. WikiLeaks wrote to ask Trump to consider releasing his father’s tax records on the whistle-blower site because then “the vast amount of stuff that we are publishing about Clinton will have much higher impact, because it won’t be perceived as coming from a ‘pro-Trump’ ‘pro-Russian’ source, which the Clinton campaign is constantly slandering us with.” The Atlantic only quoted the bit up to the last comma.

And yet the messages are perfectly innocuous if one tries on the shoes of Trump Jr. and WikiLeaks founder Julian Assange. The latter is interested in leaks and in boosting his site’s reputation for being nonpartisan, so he or some staffer is only doing what any journalist would have done, trying to convince a source that a disclosure would be in his interest.

Trump, for his part, is happy about the dirt on Hillary Clinton that’s coming out on WikiLeaks — it generates a lot of media pickup, as it should — and, unsurprisingly, willing to help Assange spread it. This is a typical journalist-source interaction, if a clumsy one. I, and everyone who has ever worked as a reporter, have engaged in countless such exchanges. It only acquires a sinister tinge if described for that specific effect.

The exchanges between Trump’s volunteer policy adviser George Papadopoulos and Maltese professor Joseph Mifsud, which emerged as part of special counsel Robert Mueller’s investigation into “Trump-Russia,” also paint a familiar, slightly comic type of human interaction. Two self-promoters known for overselling their qualifications and achievements (Papadopoulos embellished his resume; Mifsud taught at, and ran, establishments with big names and little substance to them) appear to have tried to use each other for, well, more self-promotion. Papadopoulos clearly thought he’d boost his standing by organizing candidate Trump’s trip to Russia. Mifsud, who had boasted of top-level Russian ties, was on the hook to pretend he would be able to help. Trump campaign chairman Paul Manafort made it clear to Papadopoulos and other staff that a Russia trip wasn’t going to happen, and the fact that the ambitious volunteer kept pushing at least for a lower-level contact was a testament to his relentless quest for personal opportunity. Papadopoulos was clearly unaware he was dealing with a trickster — who had introduced him to a fake “Putin niece” — at the other end.

That, of course, doesn’t stop conspiracy theorists from drawing insanely complicated connection maps around Mifsud or expecting Papadopoulos to give Mueller convincing evidence of campaign collusion with Russia. The simple explanation, which is the stuff of human comedy, not spy drama, is ignored.

All the attention Russia gets because of the conspiracy theories can be useful to those who are really interested in how Russia works. This month, the New York Times ran a story titled “Kremlin Cash Behind Billionaire’s Twitter and Facebook Investments,” based on a revelation from the Paradise Papers trove that Alisher Usmanov, the Russian billionaire, had borrowed from state-controlled entities to pay for his early investments in U.S.-based social networks. It quoted an Obama-era national security official as saying that “Kremlin-connected institutions make investments with strategic interests in mind — not just commercial interests but state interests as well,” making Usmanov’s scheme sound like a sinister Kremlin plot to acquire influence on the social networks years before the U.S. presidential election.

In reality, though, this is a story about the privatization of profits and nationalization of losses, as Alexei Navalny, Putin’s strongest political opponent, pointed out in a blog post. As head of an investment subsidiary at the Russian natural gas producer Gazprom, Usmanov issued almost $1 billion as a loan to a shell company run by a close associate. This firm acquired shares in Facebook and “resold” them to another shell, owned by Usmanov himself. Then, as the social network was about to go public, Usmanov sold the shares, had the first shell repay the loan with proceeds from the sale and kept the profit. Had the opportunity somehow soured, the first shell would have kept the shares and failed to repay the Gazprom loan in full. The whole scheme was risk-free for Usmanov. The Russian state, if anything, was cheated out of a profitable investment — which Gazprom could have made itself in those days, before Russia was toxic. Again, the simple, banal explanation — a Russian billionaire using his access to government funds to make a killing for himself — is ignored, and entities are multiplied unnecessarily.

The obvious propaganda and disinformation campaign Russia has been conducting throughout the West, and in the U.S. in particular, shouldn’t make investigators and journalists lose their cool. The campaign succeeds by making them paranoid; as conspiracy theories flower, they start jumping at shadows. Healthy skepticism and the judicious use of Occam’s razor are necessary to protect Western institutions and their credibility in the rest of the world, including Russia. 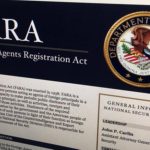 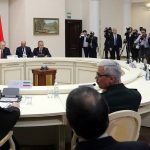