Siding with Israel, Germany says ICC has no jurisdiction in Palestinian Territories 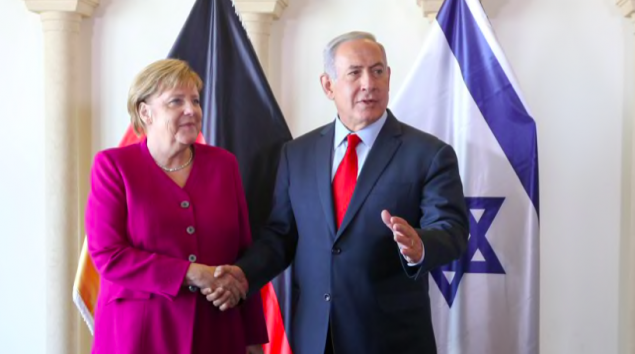 Germany has announced that it has sided with Israel in the International Court of Justice in the Hague, claiming that it has no authority to discuss whether Israel committed war crimes against Palestinians in the West Bank, Gaza Strip and East Jerusalem.

Australia, Hungary, the Czech Republic, Austria, Saudi Arabia and the Organization of Islamic Cooperation have also requested to join proceedings over question of jurisdiction

Germany announced on Friday that it has sided with Israel in the International Court of Justice in the Hague, claiming that it has no authority to discuss whether Israel committed war crimes against Palestinians in the West Bank, Gaza Strip and East Jerusalem.

As reported in Haaretz, Germany filed a petition with the International Criminal Court in which it requested to be “a friend of the court” (amicus curiae) in deliberations that will examine if the court has jurisdiction to rule on the matter.

Germany is one of the main member states of the Hague Tribunal and its position on the issue is expected to play a significant role in the hearings.

Australia, Hungary, Austria, Saudi Arabia and the Organization of Islamic Cooperation, which consists of 57 member states, have filed petitions Friday to participate in proceedings, but have not clarified their stance on the matter. The Israeli and Palestinian bar associations have also filed requests, as well as Prof. Eyal Benvenisti from Cambridge University, and veteran U.S. diplomat Dennis Ross.

In its petition, Germany backed Israel’s argument that the court’s jurisdiction does not extend to occupied Palestinian territories, as Palestine is not a state that fulfills all the criteria under general international law, although it has joined the ICC’s Rome Statute.

“Germany holds the view that only States can become a party to the Rome Statute and does not include ‘Palestine’ on the list of State Parties published in the Federal Gazette,” the petition read.

“Palestine does not possess nor did it ever possess the jurisdiction that it would need” to delegate to the Court so it may exercise its jurisdiction,” the petition concluded.

The petition also stressed its support for a “negotiated two-state solution and hence the goal of an independent, democratic, sovereign and viable state of Palestine.”

It added that determination of territorial boundaries can be achieved only through direct negotiations, and is not the role of the court.

Israeli Foreign Minister Yisrael Katz embraced later Friday afternoon the German move, saying in a statement that he “views positively the fact the important countries, renowned experts and civil-social organizations are expressing a clear stance according to which the International Criminal Court has no jurisdiction to discuss the Israeli-Palestinian conflict.”

Katz added that the German viewpoint is “responsible, at one with international law and prevents the politization of the court.”

On Thursday, the Czech Republic requested to join these proceedings in favor of Israel, alongside the Israel Bar Association.

A matter of jurisdiction

In December, ICC Prosecutor Fatou Bensouda stated that there is reasonable basis to investigate Israel for its actions but has requested the court to decide over the question of jurisdiction.

The Prosecutor’s Office specifically noted allegations that Israel has been involved in demolishing Palestinian property and evicting Palestinians from the West Bank and East Jerusalem. It also referenced 2014’s Operation Protective Edge, the war in the Gaza Strip, as well as Israel’s plan to evacuate residents of the Bedouin village Khan al-Ahmar, and Israeli construction of settlements in the West Bank.

Following Bensouda’s statement in December, Germany responded that it is confident the court will resolve the matter in accordance with the Rome Statute, and that it opposes politicization of the case.

Although Israel tends not to formally take part in such deliberations, as its participation would be perceived as legitimizing the ICC and its procedures, it has requested that a hearing be held to examine the ICC’s jurisdiction to probe its treatment of the Palestinians.

Israeli officials told Haaretz they welcomed the Czech Republic’s decision to join the deliberations, and that efforts were made on Israel’s part to promote the matter.

The Czech Republic is a member of the Visegrad Group, or V-4, which includes three other Central European countries, Hungary, Poland and Slovakia, and is seen as a stronghold of nationalism within the European Union. In recent years, Netanyahu has boosted ties with the group, in part to undermine the consensus in the corridors of the EU on the Palestinian and Iranian issues.

In January the ICC said it would delay its debate into whether it has the jurisdiction to probe alleged Israeli war crimes in the West Bank, Gaza and East Jerusalem due to a procedural error related to the filing’s page limit.

Also in January, Prime Minister Benjamin Netanyahu said in an interview on a Christian television network that the International Criminal Court is in a “full frontal attack” on democracy and the Jewish people’s right to live in Israel, and called for sanctions on the court in light of its prosecutor’s intent to probe Israel’s alleged war crimes against Palestinians. 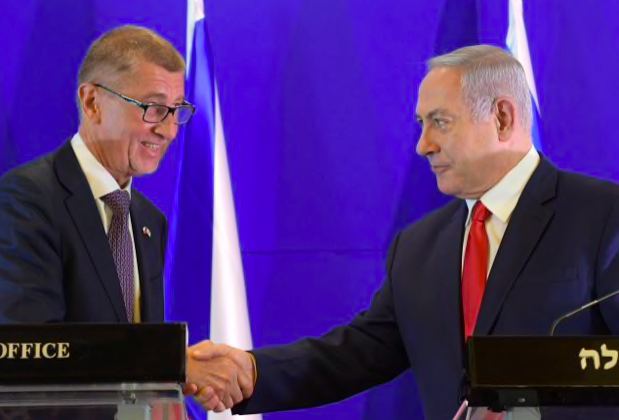