Shame on Western leaders for their ‘sanctions target the regime’ mendacity 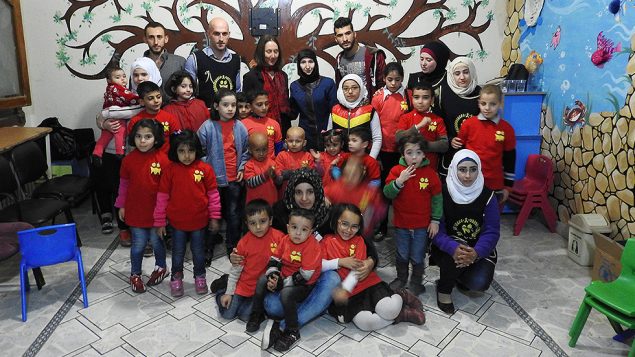 Although we know there’s no intention of “protecting” civilians in any of the countless countries targeted by Western sanctions, do Western talking heads really think we’ve forgotten the half-a-million dead Iraqi children, thanks to US sanctions?

The US has a favourite tool for bullying non-compliant nations: sanctions. Sanctions inflict considerable suffering, even death, on ordinary people in targeted nations. Yet those defiant nations persist and resist.

A recent opinion piece in the Washington Post proposing a new oil-for-food scheme, this time in Venezuela, surprisingly acknowledges that sanctions “can also end up harming the people that they intend to protect.”

Okay, first off, we know there is no intention of “protecting” civilians in any of the countless countries targeted by Western sanctions. Do Western talking heads really think we’ve forgotten the half-a-million dead Iraqi children, thanks to US sanctions?

Yet, ask a Western leader about crippling sanctions placed on nations which don’t bow to Imperial demands and you’ll be met with some nonsensical explanation that sanctions only target ‘regimes’ and ‘terrorists,’ not the people.

I’ve lived in, spent considerable time in, or visited areas under sanctions and siege, and I’ve seen first hand how sanctions are a form of terrorism, choking civilians, depriving them of basic and urgent medical care, food, employment, and travel entitlements that many of us in Western nations take for granted.

When I was in Syria last October, a man told me his wife had been diagnosed with breast cancer, but because of the sanctions he couldn’t get her the conventional treatments most in the West would avail of.

In 2016, in Aleppo, before it was liberated of al-Qaeda and co, Dr. Nabil Antaki told me how –because of the sanctions– it had taken him well over a year to get a simple part for his gastroenterology practise.

In 2015, visiting Damascus’ University Hospital, where bed after bed was occupied by a child maimed by terrorists’ shelling (from Ghouta), a nurse told me:

“We have so many difficulties to ensure that we have antibiotics, specialized medicines, maintenance of the equipment… Because of the sanctions, many parts are not available, we have difficulties obtaining them.”

Visiting a prosthetic limbs factory in Damascus in 2016, I was told that, due to the sanctions, smart technology and 3D scanners –used to determine the exact location where a limb should be fixed– were not available. Considering the over eight years of war and terrorism in Syria, there are untold numbers of civilians and soldiers in need of this technology to simply get a prosthetic limb fixed so they can get on with their lives. But no, America’s concern for the Syrian people means that this, too, is near impossible.

In 2018, Syria’s minister of health told me Syria had formerly been dubbed by the World Health Organization a “pioneer state” in providing health care.

“Syria had 60 pharmaceutical factories and was exporting medicine to 58 countries. Now, 16 of these factories are out of service. Terrorists partially or fully destroyed 46 hospitals and 620 medical centres.”

I asked the minister about the complex in Barzeh, targeted with missile strikes by the US and allies in April 2018. Turns out it was part of the Ministry of Health, and manufactured cancer treatment medications, as well as antidotes for snake or scorpion bites/stings, the antidote also serving as a basic material in the manufacture of many medicines.

Last year, Syrian-American doctor Hussam al-Samman told me about his efforts to send to Syria chemotherapy medications for cancer patients in remission. He jumped through various hoops of America’s unforgiving bureaucracy, to no avail. It was never possible in the first place.

“We managed to get a meeting in the White House. We met Rob Malley, a top-notch assistant or adviser of Obama at that time. I asked them: ‘How in the world could your heart let you block chemotherapy from going to people with cancer in Syria?’

UN expert: Sanctions on Venezuela “a form of terrorism”

Alfred de Zayas, the human rights lawyer and former UN official, aptly calls sanctions a form of terrorism, “because they invariably impact, directly or indirectly, the poor and vulnerable.”

Earlier this year, The Center for Economic and Policy Research estimated 40,000 deaths had occurred due to sanctions in 2017-2018.

While in Venezuela in March this year, I spoke with people from poor communities about the effects of sanctions. Most I met were very well aware of the US economic war against their country, and rallied alongside their government.

One woman told me:

“If you don’t have water, don’t have electricity, the basics, how would you feel, as a mother? This makes some of the population, that doesn’t understand about the sanctions, blame the government.”

“We told [American diplomat and Trump envoy] Mr Elliott Abrams, ‘the coup has failed, so now what are you going to do?’ He kind-of nodded and said, ‘Well, this is going to be a long-term action, then, and we are looking forward to the collapse of your economy.’”

Indeed, that collapse would come about precisely due to the immoral US sanctions against the Venezuelan people.

After visiting Korea’s north in August 2017, in a photo essay I noted: “The criminal sanctions against the North, enforced since 1950, making even more difficult the efforts to rebuild following decimation. The sanctions are against the people, affecting all sectors of life.”

And although most I met there were proud of their country’s achievements in spite of the sanctions, they were also vocal about the injustice of being bombed to near decimation and then sanctioned.

In a Pyongyang Middle School, to my questions about the sanctions, a girl replied:

“The sanctions are not fair, our people have done nothing wrong to the USA.”

Another boy spoke of the silence around America’s use of nuclear bombs on civilians: “Why do people all over the world give us sanctions? Why can’t we put sanctions on the US?” 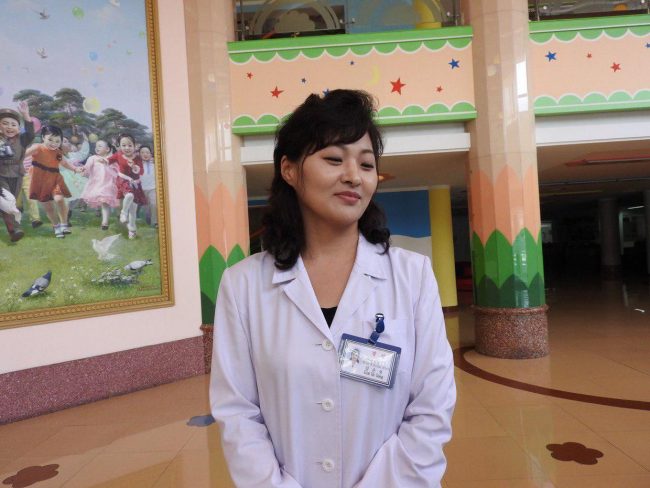 Dr. Kim Un-Song: “The sanctions are inhumane and against human rights.” © Eva Bartlett

At the Okryu Children’s Hospital, Doctor Kim Un-Song said: “As a mother, I feel extremely angry at the sanctions against the DPRK, even blocking medicine and instruments for children. This is inhumane and against human rights.”

As with Syria, sanctions on the DPRK prevent further entry to Korea of hospital machinery, as well as replacement parts.

In spite of draconian sanctions, Syria, the DPRK and Venezuela continue to resist. After fighting international terrorism since 2011, Syria is rebuilding in liberated areas. That process could proceed more quickly were sanctions lifted, making it easier for companies outside of Syria to invest.

But Syria is managing, with its allies’ support, including that of North Korea, and due to the steadfastness of the heroic Syrian people, and its leadership.

North Korean companies will contribute to the reconstruction of Syria, and will cooperate with Syria in the field of free zones.

Syria and DPRK have signed three documents to strengthen the regulatory framework for bilateral relations at the end of the joint economic committee. pic.twitter.com/oGNNIrrDKq

In each of these countries, I’ve met well-informed people who are fighting the sadism of the sanctions, and who are determined to remain free of US tyranny.

Eva Bartlett is a Canadian independent journalist and activist. She has spent years on the ground covering conflict zones in the Middle East, especially in Syria and Palestine (where she lived for nearly four years).