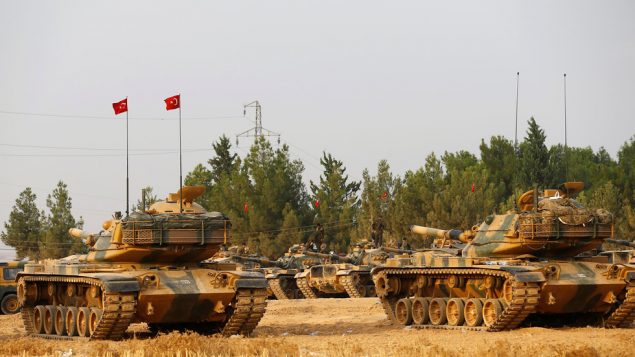 Russia has tried to mediate the conflict, but so far the talks with Turkey have not yielded any practical results, while the situation on the ground is heating up.

Tensions are boiling over between Ankara and Damascus as Turkey vowed to take matters into its own hands and openly intervene in Syria’s Idlib province, where government forces are routing the Turkish-backed militants.

The troubled north-western province is the last major bastion of the militants in war-torn Syria. It saw another round of escalating violence on Thursday. Local armed groups seeking to push back the Syrian Army from the territories along the strategic highway it recently seized were counting on support from Turkish artillery, which only stood down after Russian forces in the area intervened.

Ankara does not plan to back down, however, and President Recep Tayyip Erdogan recently declared that a Turkish offensive in Idlib is just “a matter of time.” Meanwhile, Moscow has described any direct Turkish military involvement in Syria as the “worst-case scenario.” How likely is it to happen?

“Judging by Erdogan’s statements, it appears that the Turks are quite determined” to follow through on their threat, ‘Russia in Global Affairs’ Editor-in-Chief Fyodor Lukyanov told RT, adding that Idlib has become an arena of a geopolitical struggle between Ankara and Damascus – and therefore its allies in Moscow as well.

Russia has tried to mediate the conflict, but so far the talks with Turkey have not yielded any practical results, while the situation on the ground is heating up. Lukyanov noted that Ankara has managed to avoid a “full-blown interstate war” only because the troops actually fighting in Idlib are Al-Qaeda affiliated militants that Ankara is backing as proxies.

Turkey – NATO’s second largest military force – might be poised to win big should it face only the Syrian Arab Army, according to Mikhail Khodarenok, a retired colonel in the Russian Air Defense Forces and former General Staff officer.

“Erdogan has enough combat and operational capabilities as well as military equipment and personnel to overrun Assad’s forces within days,” he told RT. As battle-hardened as it is, the Syrian Army has been whittled down by almost a decade of war, and has to fight on several fronts against various militants and extremists.

However, the question is largely hypothetical, since the SAA does not fight alone. Russia – an ally of Damascus but a no less important partner for Turkey – has its own stake in the situation. A defeat of its Syrian allies would be a catastrophe for Moscow’s anti-terrorism efforts in Syria over the past five years, as well as its Middle Eastern policy in general, Khodarenok warned. It is highly unlikely Russia will just stand aside and watch the conflict erode its authority in the region.

Any large-scale Turkish operations against the SAA would most likely impact Russian military advisers and ground troops – such as the military police patrolling some areas of Syria – Aleksey Khlebnikov, Middle East expert for the Carnegie Moscow Center, told RT.

“Russia already supports Syrian Army offensive with its air force and… plays a role of a deterrent against any Turkish offensive on the Syrian positions, basically ensuring the Syrian Army’s control of the newly re-taken territories,” Khlebnikov said.

Moscow’s certain involvement makes overt intervention a much less feasible option for Turkey, not the least because it would risk a conflict with a nuclear armed UN Security Council member, and trigger a general standoff between Russia and NATO.

Ankara has much to lose from even a mild deterioration of relations with Moscow, as evidenced by the last time it happened – after Turkey shot down a Russian Su-24 in November 2015. Following that incident, Russia imposed a series of sanctions against Turkish exports and businesses, crippling agriculture and tourism sectors in particular.

The stakes are even higher now. Turkey has since upped its defense cooperation with Russia through purchasing S-400 air defense systems – a deal Ankara deemed so important it was willing to resist US pressure and even sacrifice its role in America’s F-35 stealth fighter program. Russia is not likely to share any similar equipment with Turkey again, should the two cross swords over Idlib.

Erdogan wants to drive back Syrian army from Turkish outposts in #Idlib pic.twitter.com/mhDM0UHTUT

Another high-profile joint project is the TurkStream pipeline, which delivers Russian natural gas to power Turkey’s largest city of Istanbul and the industrial zones around it. Sakir Arikan, managing director of TurkAkim Gas, called the massive infrastructure project a “matter of national security” last month. Yet Russia did not hesitate to halt construction on the project back in 2015, as part of the sanctions packet.

Cooperation between Moscow and Ankara goes beyond economic and defense matters, too. In addition to partnering up in the Syrian peace process, Turkey and Russia recently emerged as leaders in the stalled talks to end the chaos in Libya.

“No one is interested in a big war breaking out that would lead to a conflict between Turkey and Russia,” Vitaly Naumkin, president of the Institute of Oriental Studies of the Russian Academy of Sciences, told RT. “The stakes both sides have in mutual cooperation are just too high. That means, they are likely to make an arrangement.”

Carnegie’s Khlebnikov also believes that “it is highly unlikely that Turkey would choose a path of direct clash and escalation of tensions with Moscow.”

That does not mean, however, that Moscow can just bask in the Syrian sun. Lukyanov told RT that much will depend on Russian diplomatic efforts, which have already made clear to Turkey that a military path will lead nowhere.

Any attempts to resolve this issue through military means are just senseless.

Unless Russia and Turkey reach an understanding on division of spheres of influence in Idlib, hostilities will continue, Lukyanov warned. This may sound unpalatable to Syrians, who are eager to liberate their country after almost a decade of strife, however.

All the experts seemed to agree that freezing the hostilities in Idlib may help avoid escalation for the time being, until a more long-term solution is found. 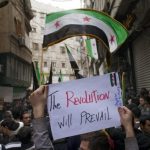 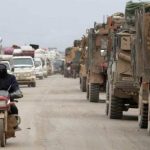