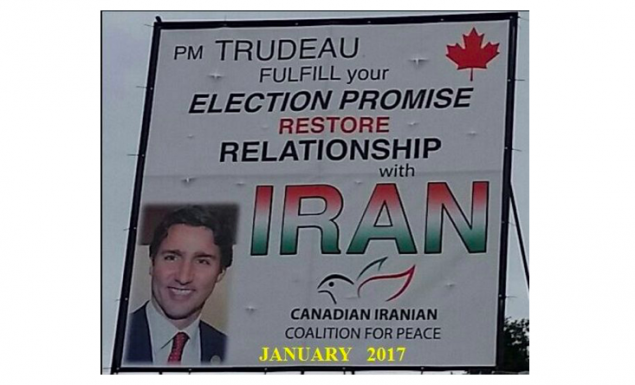 Canada recently seized and sold $30 million worth of Iranian properties in Ottawa and Toronto to compensate individuals in the US who had family members killed in a 2002 Hamas bombing in Israel and others who were held hostage by Hezbollah in 1986 and 1991. The Supreme Court of Canada and federal government sanctioned the seizure under the 2012 Justice for Victims of Terrorism Act, which lifts immunity for countries labeled “state sponsors of terrorism” to allow individuals to claim their non-diplomatic assets.

While not much discussed by Canadian media or politicians, this is a substantial development. Iranian Foreign Ministry Spokesman Seyyed Abbas Mousavi called the seizure “illegal” and in “direct contradiction with international law” while a spokesperson for Iran’s Guardian Council, Abbasali Kadkhodaei, accused Canada of “economic terrorism”. A senior member of Iran’s parliament said the country’s military should confiscate Canadian shipments crossing the Strait of Hormuz.

In a right side up world, the Iranian asset sale would lead to various more legitimate seizures. Relatives of the Lebanese Canadian el-Akhras family Israel wiped out, including four children aged 1 to 8, in 2006 are certainly at least as worthy of Canadian government-backed compensation. Ditto for Paeta Hess-Von Kruedener, a Canadian soldier part of a UN mission, killed by an Israeli fighter jet in Lebanon in 2006. Or Palestinian Canadian Ismail Zayid, who was driven from a West Bank village demolished to make way for the Jewish National Fund’s Canada Park.

In Haiti there are hundreds, maybe thousands, of individuals whose family members were killed at peaceful protests by a police force paid, trained and politically supported by Canada after US, French and Canadian troops overthrew the country’s elected president in 2004. Ten months after the coup I met a young man in Port-au-Prince who fled the country after armed thugs searching for him came to his house and killed his aunt. Before the coup Jeremy had been a journalist with the state television, which was identified with the ousted government. Should US or Canadian assets be seized to compensate him?

There are hundreds of Canadians and countless individuals elsewhere who have been victimized by Israeli, Canadian and US-backed terror more deserving of compensation than the Americans paid with Iranian assets for what Hamas and Hezbollah purportedly did decades ago. Should Israeli, US and Canadian government assets be seized to pay them?

It’s insightful to look at the double standard — approved by the Supreme Court — from another angle. In 2012 that court refused to hear a case against Anvil Mining for its direct role in Congolese troops killing 100, mostly unarmed civilians, near its Dikulushi mine in Katanga in October 2004. After a half-dozen members of the little-known Mouvement Revolutionnaire pour la Liberation du Katanga occupied the Canada-Australian company’s Kilwa concession, Anvil provided the trucks used to transport Congolese soldiers to the area and to dump the corpses of their victims into mass graves. The company also published a press release applauding the Congolese military’s dastardly deed. Though the company was managed from Montréal and its main shareholders were Vancouver’s First Quantum and the Canadian Pension Plan, the Québec Court of Appeal and Supreme Court concluded the survivors had to pursue remedies in either the Congo or Australia.

The Canadian media has devoted little attention to the seizure of Iranian assets. But, Forbes, Sputnik, Xinhua and a host of Iranian media have covered the story. At least three Iranian newspapers put it on their frontpage.

The Trudeau government’s failure to speak against the asset seizure, delist Iran as a “state sponsor of terror” or repeal Stephen Harper’s Justice for Victims of Terrorism Act puts further lie to its commitment to a “rules based international order”. It is also another broken promise. Before the 2015 election Justin Trudeau told the CBC, “I would hope that Canada would be able to reopen its mission [in Tehran]. I’m fairly certain that there are ways to re-engage [Iran].”

But, don’t expect NDP foreign affairs critic Guy Caron or the media to ask why Canada hasn’t re-established relations with the nation of 80 million. By breaking his promise to restart diplomatic relations with Iran Trudeau has empowered those hurtling us towards a major conflict.