ODESSA–Police in Odessa, a port city on the Black Sea, arrested 30 more activists of the People’s Rada of Bessarabia oin April 16, including the member of the presidium of this public organization, Vera Shevchenko. According to the Ukrainian Interior Ministry, the activists staged a meeting calling for peace and creation of cultural autonomy within Ukraine. 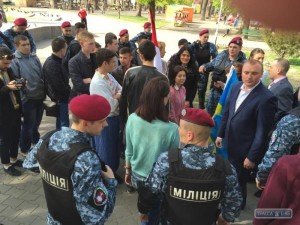 Repression and detention of Bessarabia activists in Odessa on April 16, 2015, image on Novorossiya Today

They also protested against the arrests of their fellow activists, among them the organization’s leader, Dmitry Zatuliveter. “He disappeared immediately after the Rada’s foundation conference that was held on April 6. We are very much concerned about Dmitry’s health and life, we are totally against the use of unauthorized methods of influence with regard to him, including force and, possibly, psychotropic agents,” Shevchenko told reporters.

Zatuliveter’s relatives and friends believe that he may be held by Ukrainian law enforcers, she added.

According to local media, the organization’s members detained by police were subjected to lengthy interrogations and intimidations by Ukraine’s Security Service officers.

Bessarabia is a region in south-eastern Europe between the Black Sea and the Danube, the Dniester and the Prut rivers. The Odessa region bordering the unrecognized Transdniestria Republic occupies part of Bessarabia. 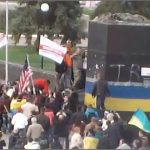 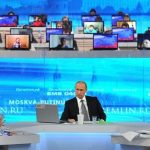