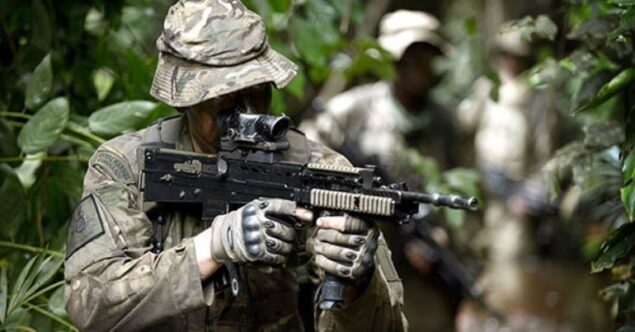 UK Defence secretary Ben Wallace has been touring the US to explain Britain’s military plans. He hinted that UK troops will fight secret wars and engage in new types of warfare. He also said the UK military was ready to deal with the effects of climate change, population growth, and migration. This will be the future of UK military strategy.

Defence secretary Ben Wallace has been touring the US to explain Britain’s military plans. He hinted that UK troops will fight secret wars and engage in new types of warfare. He also said the UK military was ready to deal with the effects of climate change, population growth, and migration. This will be the future of UK military strategy.

Wallace told his audience he hadn’t to been the US for 18 months. But he made it clear that the UK is still eager to be close to American power.

His keynote speech was at the American Enterprise Institute (AEI) in Washington, a top neo-conservative thinktank. The ExxonMobil-backed thinktank has links to climate change denial and 2003 Iraq War figures like Paul Wolfowitz, George W. Bush, and Dick Cheney.

He told those gathered he agreed with another former AEI member, US president Gerald Ford, that only strength could deliver peace:

President Ford saw his fair share of turbulence too and his approach was to always return to first principles of shared values. Setting out his National Security policy forty-five years ago, he summed it up in three words: “peace through strength”.

He said that this meant military strength, but also cooperation.

On land the Army will be more mobile, protected and lethal, with a new Ranger Regiment, able to train, advise and – when needed – to operate alongside our partners in complex, high-threat environments. Their formation was influenced, in part, by your famous Green Berets and I’ll be visiting them in Fort Bragg tomorrow to see what more we can learn.

The new ranger units will also likely be protected from Freedom of Information requests like other special forces units. As The Canary has argued, this could present a new danger to democracy.

Speaking at Fort Bragg, Wallace said that the new regiments would likely deploy to East Africa first. He said that the security in Kenya and Somalia was a major concern.

Warning of the danger from the Islamist al-Shabaab group, Ben Wallace said: “We have to help Somalia [and] we have to help Kenya be resistant.”

Recent history of intervention ahead of a crisis showed “an awful lot of ‘going in at the last minute’”, he said.

The prospect of yet more secret operations in unstable regions of the world carries the danger of more Iraq and Afghanistan-type situations.

Work with the Taliban?

Earlier in his trip, Wallace told reporters that Whitehall would consider working with the Taliban in future. The UK and US have just pulled out of Afghanistan after 20 years. The Taliban already control large swathes of the country.

Whatever the government of the day is, provided it adheres to certain international norms, the UK government will engage with it

Just like other governments around the world, if they behave in a way that is seriously against human rights, we will review that relationship.

This is a major shift from the position of the last two decades. The UK spent that time fighting a vicious insurgency alongside the US. Many will take this change as a sign of resignation or defeat.

as well as all the wider pressures on governments, like climate change, global health, population growth, urbanisation and migration – all with their associated human security implications, the threats pile up.

The UK defence approach to climate change was spelt out in March 2021 by another defence minister: James Heappey. Heappey said:

The UK’s response seems set to be militarised. Climate change and national defence will be one and the same. And Heappey predicted resource conflicts with rivals like China.

The ‘grey zone’ or ‘sub-threshold’ wars were another topic. The terms refers to warfare below the threshold of open conflicts – a more secretive and less accountable form of war.

‘Modern deterrence’ has to get smarter and become as much about competing below the threshold of open conflict as above it. I am pleased to say that this is precisely the direction of our doctrinal development.

Wallace has spoken a lot about values in his tour. And while the kind of warfare the UK engages in will change, one of those values remains a commitment to clinging to US power.

Nowhere is this better demonstrated than with a keynote speech delivered at a neo-con thinktank linked to climate change denial and the people who helped destroy Iraq and plunge Afghanistan into even more chaos. 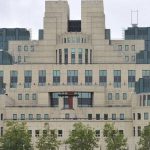 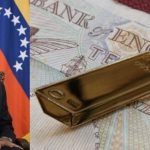