RT.com, Monday, March 7, 2016  (with extensive photos and video news reporting, go to original weblink for that) 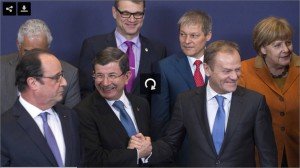 Turkey and the European Union have agreed in principle on an Ankara-proposed plan to deport migrants from Greece to Turkey while resettling the same number of Syrian refugees in the EU. In return, the EU has promised Ankara more funding, but not expedited membership.

Tusk hailed the results of the summit, predicting that the “days of irregular migration to Europe are over.”

“I think we do have the basis for a breakthrough,” Cameron was quoted as saying by Reuters after the EU-Turkey summit in Brussels. 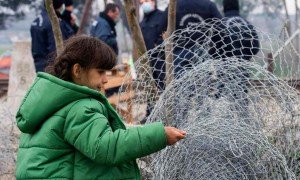 Merkel also applauded Ankara’s decision to take back all of the illegal migrants crossing from Turkey to Europe. While saying Turkey’s bid to join the EU was “not on the agenda today,” Merkel pledged to support the visa-free travel regime that Ankara has been seeking if the Turkish government delivers on the proposed deal.

Hollande has confirmed that the EU is mulling the possibility of allocating an additional €3 billion for Turkey if the migrant crisis intensifies: “If the question of refugees continues and Turkey must make additional efforts for their re-admission … then, it’s true, a new grant could be foreseen at the end of 2018.”

The French leader also said the deal could save the open-border Schengen zone, which has been restricted by some of the worst-hit European states in reaction to the migrant crisis.

However, when commenting on Turkey’s request for visa-free travel for its citizens in the Schengen zone, Hollande stressed that Ankara should first comply with all of the necessary criteria. “Visa liberalization could take place in June if the criteria are respected, there are 72 [of them],” he said.

Meanwhile, reports claim that Turkey had initially demanded a great deal more than €3 billion. According to Reuters, Turkish PM Ahmet Davutoglu reportedly asked for no less than €20 billion during his preliminary meeting with Merkel and her Dutch counterpart Mark Rutte on Sunday, bringing negotiations to a screeching halt.

Confirming that the process could be expedited, EU Commission chief Jean-Claude Juncker stressed that “it should in no way compromise the fundamental principles of the EU.” The deal is now set to be finalized on March 17-18 at the next EU summit in Brussels.

“We want to prevent waves of refugees, and tragic events in the Aegean Sea,” Davutoglu said earlier after meeting with 28 EU heads of states in Brussels. Hours earlier, 25 migrants drowned off the Turkish coast, en-route to Greece. “With these new proposals, we aim to rescue refugees, discourage those who misuse and exploit their situation, and find a new era in Turkey-EU relations.”

On Monday morning, the Turkish politician promised “game-changing ideas” as he headed into the meeting with European leaders keen to close the Balkan route used by more than 800,000 migrants to enter the continent last year.

The joint draft produced by the end of the session appeared to have lived up to his pledge. According to document, published by Reuters, “for every Syrian readmitted by Turkey from Greek islands, another Syrian will be resettled from Turkey to the EU member states.”

Last week, Turkey promised to take back failed asylum seekers from Europe if they had passed through its territory, but the new initiative presents a considerable logistical challenge. A strengthened EU force would have to scour the Greek islands and deport refugees – despite the objections of human rights organizations – while another in Turkey would have to process claims before sending them on to Europe. NATO’s fleet will provide the muscle for the operation.

“NATO is starting activities in [Greek and Turkish] territorial waters today. We are expanding our cooperation with the EU’s border agency Frontex, and we are expanding the number of ships in our deployment,” said NATO Secretary-General Jens Stoltenberg, as he stood next to Davutoglu at the final press conference. France and Britain have pledged new vessels for the fleet.

The EU said it would offer Turkey €3 billion between now and 2018, in addition to the €3 billion it had already promised to implement the scheme last year. It would also offer Turkish citizens visa-free travel through the Schengen area, starting from June, as opposed to tentatively reviewing the possibility in October.

“Turkey are offering more and demanding more,” said one senior diplomat to Reuters, as European officials publicly insisted that the issues of migrants and EU integration remain separate.

After presenting the interim proposal – which will be subject to political and likely, legal challenges – the politicians returned to the negotiating table for another round of talks, which are scheduled to wrap up on Monday night.

Freedom of the press is “a non-negotiable element of our European identity” said European Parliament President Martin Schulz, in reference to Turkey ambition to achieve closer integration with the EU. France and Germany also expressed “concern” at the development.

Despite Merkel stating that the issue of Turkey joining the EU had not even been on the agenda of the high-profile meeting in Brussels, some view Ankara’s aspirations to become a part of the block as the main talks’ driving force. Documents leaked back in November indicate that Turkish officials intend to connect the refugee crisis with the accession talks, Greek journalist Angelica Papamiltiadou told RT.

“It’s an accurate speculation that Turkey wants to push its accession along with any concessions it would make for refugees,” Papamiltiadou said.

She pointed out that Greek PM Tsipras has pledged to veto Turkey’s accession and said that “Turkey first should back down from casus belli military demands.” Athens views Ankara claims in the Aegean Sea and military moves in the region as hostile. 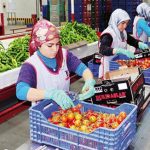 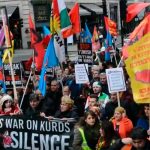