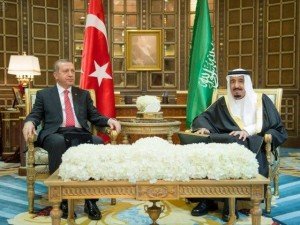 Contrary to the recent overtures regarding ‘ceasefire’ in Syria, the war is escalating and expanding to such an extent that a number of regional and extra-regional states might soon find themselves on the horns of dilemma in making a choice between joining ‘the East’ or the West.’

While the recent Munich talks seemed to shed a ray of hope for truce, the ‘understanding’ reached there lacked an enforcement mechanism. The hollowness of the talks was evident when John Kerry said, “What we have here are words on paper, and what we need to see in the next few days are actions on the ground.”

The actions on the ground, particularly during the past two days or so, have only reaffirmed that the Syrian war is not going to end any time sooner; on the contrary, it seems to be engulfing the region.

Saudi Arabia and Turkey are planning to send ground troops (Saudi Arabia has already sent its fighter jets to Turkey) to Syria to supposedly fight the Islamic State (IS). This is only a smoke screen created by the House of Saud.

While the Munich talks and the ‘understanding’ reached there were highlighted by media, what went largely unnoticed was Saudi Arabia’s obsession with Assad’s presence in Syria and its re-affirmation to ‘send him off the scene’ once and for all. Last Friday, the country’s foreign minister said Saudi Arabia’s goal was to remove Assad, confidently stating “we will achieve it.”

Speaking at a security conference in Munich, Foreign Minister Adel al-Jubeir called Assad the “single most effective magnet for extremists and terrorists in the region,” asserting that he must be removed from office if stability is to be restored in the region.

“That’s our objective and we will achieve it,” he said. “Unless and until there is a change in Syria, Daesh will not be defeated in Syria.”

It is interesting to note how the House of Saud is equating the necessity of defeating Syria’s ‘legitimate leadership’ with the defeat of IS. However, if we closely look at the war-context against which the decision for a ground invasion has been taken, the agenda of Saudi Arabia and Turkey becomes clear: apart from removing Assad from power, they want to protect “opposition groups” such as IS.

The battle for control of Aleppo seems to have set in motion developments of far reaching consequences. If the Syrian Army backed by Russia’s air support retakes Aleppo, they will be able to cut off potential supply routes coming from certain ‘neighbouring countries.’ They can then effectively corner ‘opposition forces’ which currently have more territory under their control than the Syria government.

This is a scenario that the House of Saud and the ‘House of Erdogan’ are trying to avoid through their military provocations. It is an open secret that the so-called ‘Arab coalition’ does not have enough military power to face the combined forces of Syria, Iran and Russia. While the ‘Arab coalition’ has certainly failed in Yemen (where they did not have to face Russia directly), they hardly stand any chance whatsoever to fight and win the battle in Syria.

The reason for such provocations is to get an extended Western military support which is coming. As part of the military exercises code named ‘Shamal Storm,’ the UK is reportedly going to deploy 1,600 soldiers and 300 vehicles to Jordan to carry out drills similar to preparations for the invasion of Iraq.

Russia and Syria have been claiming the presence of supply routes coming from Jordan. The deployment of British forces in Jordan may indicate the possibility of Syrian war expanding to other countries. Although the Daily Telegraph quotes British sources denying any link between the deployment of forces in Jordan and the fight against IS, it is self-evident that Saudi Arabia and Turkey are trying to draw the West deep into the conflict to accomplish what they cannot achieve on their own.

In the meantime, Washington has only been making promises. For example, it announced plans to send EA-18 Growler warplanes with “advanced electronics-jamming capabilities” to an air base in Turkey to try to counter Russia’s S-400 systems deployed in Syria while Turkish authorities have been desperately trying to tackle the situation on the ground.

Turkish long-range artillery units have been shelling mountainous areas in Latakia. In Aleppo, it is pulling its forces together to create a sort of armored fist to overwhelm opposing forces. It has also been redeploying its heavy units from the border with Greece to the border areas with Syria. This way, a certain momentum of military deployment and mobilization has been developed.

The ‘Arab coalition’, particularly Saudi Arabia, wants to carry this momentum into other ‘target territories’ like Yemen where Saudis have largely failed to reverse the Houthis. Saudi’s intervention in Yemen has created a very explosive situation in its own eastern parts where a general Shia uprising in alliance with the Yemeni Houthis may break out.

Faced with the prospect of ‘chickens coming home to roost’, the House of Saud is, therefore, going from one length to another to revamp its extremely weak position. For them, winning the war in Syria is not important merely in terms of defeating the arch rival, Iran, it is equally important for ensuring the Saudi monarchy’s own political survival.

While the US, so far, seems to be treading a cautious path to avoid an extended military engagement in the region, the question is what will prevent the ‘Arab coalition’ and Turkey from deliberate military provocations?

If a direct military clash between Syrian and Turkish forces or between Syrian forces and ‘Arab Coalition’ is to occur, will Russia and the US decide to sit on the sidelines as mere spectators? What is, however, clear is that the Mid-Eastern players are preparing a recipe of yet another disaster which might destroy them too.

Salman Rafi Sheikh is a freelance journalist and research analyst of international relations and Pakistan affairs. His area of interest is South and West Asian politics, the foreign policies of major powers, and Pakistani politics. He can be reached at [email protected] 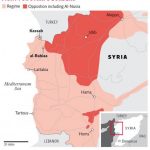 Robert Fisk in Syria: Syrian soldiers on the Latakia Front finally taste the fruits of victory – but they know Isis is not deadMultipolarity 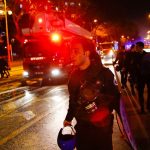