Saudi Arabia’s execution of a prominent political leader of the monarchy’s Shiite minority has worsened Mideast tensions and is forcing the Obama administration to decide if there are any limits to the outrages that the longtime U.S. “ally” may commit.

There should be little doubt that Saudi Arabia wanted to escalate regional tensions into a crisis by executing Shi’ite cleric Nimr al-Nimr on January 2. On the same day, Riyadh also unilaterally withdrew from the ceasefire agreement in Yemen. 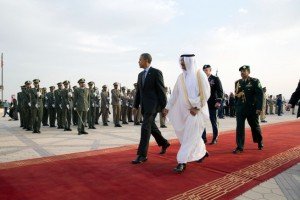 By allowing protesters to torch the Saudi embassy in Tehran in response, Iran seems to have walked right into the Saudi trap. If Saudi Arabia succeeds in forcing the United States into the conflict by siding with the kingdom, then its objectives will have been met.

It is difficult to see that Saudi Arabia did not know that its decision to execute Nimr would not cause uproar in the region and wouldn’t put additional strains on its already tense relations with Iran. The inexcusable torching of the Saudi embassy in Iran — Iranian President Hassan Rouhani condemned it and called it “totally unjustifiable,” though footage shows that Iranian security forces did little to prevent the attack — in turn provided Riyadh with the perfect pretext to cut diplomatic ties with Tehran. With that, Riyadh significantly undermined U.S.-led regional diplomacy on both Syria and Yemen.

Saudi Arabia has long opposed diplomatic initiatives that Iran participated in – be it in Syria or on the nuclear issue – and that risked normalizing Tehran’s regional role and influence.

Earlier, Riyadh had successfully ensured Iran’s exclusion from Syria talks in Geneva by threatening to boycott them if Iran was present, U.S. officials have told me. In fact, according to White House sources, President Barack Obama had to personally call King Salman bin Abdulaziz Al Saud to force the Saudis to take part in the Vienna talks on Syria this past fall.

Now, by having cut its diplomatic relations with Iran, the Saudis have the perfect excuse to slow down, undermine and possibly completely scuttle these U.S.-led negotiations, if they should choose to do so.

From the Saudi perspective, geopolitical trends in the region have gone against its interests for more than a decade now. The rise of Iran – and Washington’s decision to negotiate and compromise with Tehran over its nuclear program – has only added to the Saudi panic.

To follow through on this way of thinking, Riyadh’s calculation with the deliberate provocation of executing Nimr may have been to manufacture a crisis — perhaps even war — that it hopes can change the geopolitical trajectory of the region back to the Saudi’s advantage.

The prize would be to force the United States to side with Saudi Arabia and thwart its slow but critical warm-up in relations with Tehran. As a person close to the Saudi government told the Wall Street Journal: “At some point, the U.S. may be forced to take sides [between Saudi Arabia and Iran] … This could potentially threaten the nuclear deal.”

Washington should not repeat Tehran’s mistake and walk into this Saudi trap. In fact, from the U.S. perspective, Saudi Arabia’s destabilizing activities are a vindication of the nuclear deal it struck with Iran in 2015. One critical benefit of that deal, left unstated by Obama administration officials, is that it helped reduce U.S. dependency on Saudi Arabia.

By resolving the nuclear standoff and getting back on talking terms with Iran, Washington increased its options in the region.

As Admiral Mike Mullen wrote in Politico last year in regards to the benefits of the nuclear deal: “It would also more fairly re-balance American influence. We need to re-examine all of the relationships we enjoy in the region, relationships primarily with Sunni-dominated nations. Detente with Iran might better balance our efforts across the sectarian divide.”

Mindful of the deliberate manner Saudi Arabia is driving matters towards a crisis in the region – partly motivated by a desire to trap the United States in Riyadh’s own enmity with Iran – Washington is clearly better off being able to play a balancing role between Saudi Arabia and Iran rather than being obligated to fully support Saudi Arabia’s regional escapades.

The question is, however, if Washington’s desire to stay out of this fight is tenable. Obama administration officials have already expressed concern over how this Saudi-initiated crisis is affecting the fight against Islamic State, also known as ISIS and ISIL, and diplomacy over Syria.

“This is a dangerous game [the Saudis] are playing,” an unnamed U.S. official told the Washington Post. “There are larger repercussions than just the reaction to these executions,” including damage to counter-ISIL initiatives as well as the Syrian peace process.

Trita Parsi is the President of the National Iranian American Council and author of A Single Role of the Dice – Obama’s Diplomacy with Iran (Yale University Press). This commentary was also re-posted on Consortium News. 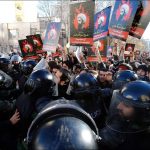