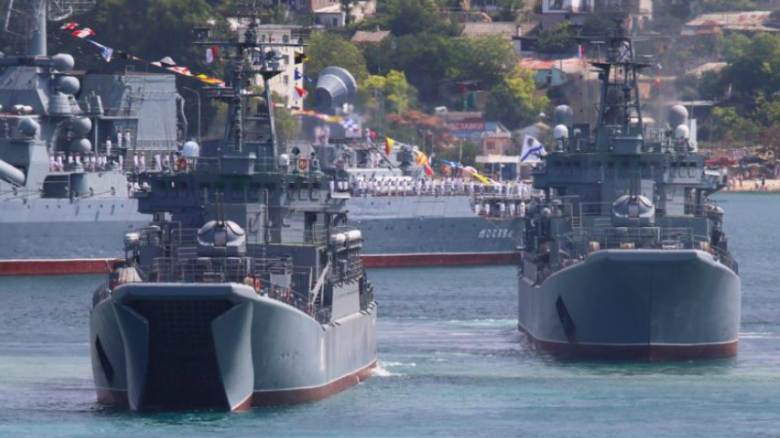 Following last two days’ lull in fighting, Russia’s ‘special operations’ in Ukraine will be entering a critical phase. As the prelude, humanitarian corridors have been opened in four sectors, per a personal intervention with President Putin by French President Emmanuel Macron. A ceasefire has also been announced.

Following last two days’ lull in fighting, Russia’s ‘special operations’ in Ukraine will be entering a critical phase. As the prelude, humanitarian corridors have been opened in four sectors, per a personal intervention with President Putin by French President Emmanuel Macron. A ceasefire has also been announced.

These four sectors are: capital city of Kiev, the two eastern cities of Sumy and Kharkiv and the southern strategic port city of Mariupol on the Sea of Azov.

Interestingly, Russia has offered evacuation to its own territory and further transportation to various destinations, as the evacuees may choose. This will significantly reduce the possibility of the extremists sneaking out to rejoin fighting elsewhere. But how far the civilian will be allowed to make use of this offer remains to be seen. Moscow’s ‘denazification’ of Ukraine is a major political objective and the Neo-Nazi militia ensconced in this sectors are inclined to use ‘human shields’ to break the momentum of Russian operations.

Without doubt, preparations are ready for stepping up the Russian operations in the above sectors in the coming days. The Russian offer of ceasefire is a last opportunity for civilians to get away from danger.

The forthcoming military operations will focus on forcing the surrender of Kiev, Sumy, Kharkhiv & Mariupol. Besides, the remaining operations to take control of Odessa Port on the Black Sea (to cut off NATO access) will begin which will in all likelihood involve amphibious landing from the south and ground attack from the north. 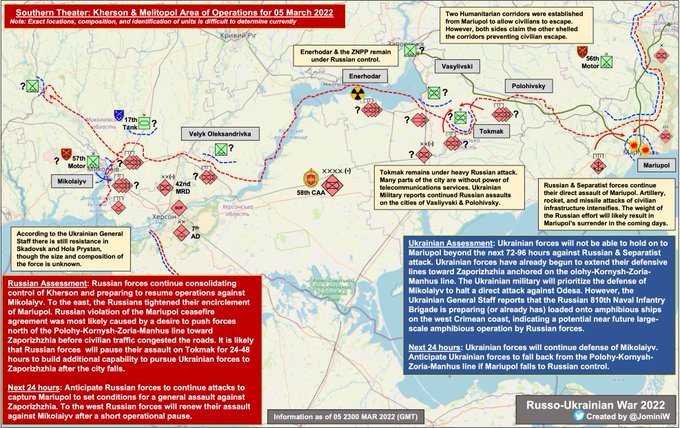 Beyond this, possibly, Russian forces may aim to link-up with their existing base in breakaway Transnistria along Ukraine’s extreme southwestern border.

The big picture is that Europeans ( and, most certainly the Biden Administration) would have already sensed that the Russian operations have largely succeeded in meeting Moscow’s objectives in the regions to the east of Dneiper River and along the Black Sea coast (which gives a contiguous land corridor from Rostov-on-Don in Russia to Crimea. (See the map below.) 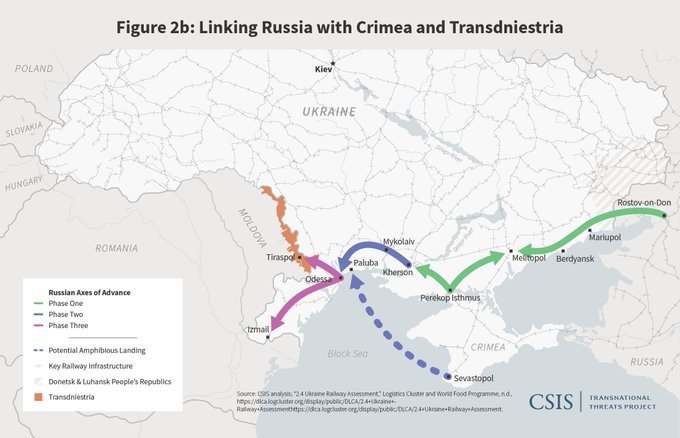 The US hype on supplying fighter jets to Ukraine (when Russians control air space!), govt-in-exile, insurgency, etc., cover up loss of face. The US propaganda war is at a high pitch. Coming so soon after the defeat in Afghanistan, this is a devastating blow to US prestige in Europe (and internationally.)

Moscow now expects the Ukrainian delegation at the talks in Belarus to respond to its terms of surrender. Putin has reiterated Russia’s bottom line in conversations with Macron. There is zero chance of Russia giving up at this late stage. The good part is that the Europeans do not want a protracted conflict on their continent, either. They are acutely conscious that they will have to pick up the debris and any blowback.

From the UK Prime Minister Boris Johnson’s guest essay in the New York Times on March 6, it is clear that the ‘Beating of the Retreat’ has begun. Settings aside its high-flown rhetoric and its trace of bitterness that Putin is having his way, Johnson realistically proposes 6 steps for the period ahead: mobilise an international humanitarian coalition; help Ukraine to defend itself; maximise the economic pressure on Russia; keep Russia’s ‘aggressive’ behaviour in the  international limelight; remain open to diplomacy and de-escalation; and, strengthen Euro-Atlantic security.

Please note what these 6 steps do not mention: supplying offensive weapons to Ukraine to prolong the fighting or bleed the Russians, setting up of any government-in-exile, or engineering a full-blown insurgency to create a ‘quagmire’ for the Russian military — all of which have frequently figured in the shrill US rhetoric. Clearly, at the responsible level, there is a chilling realisation that the Russian operations are on course and there is an inevitability about its outcome! Simply put, the US has won the propaganda war while Russia is winning the war itself.

Summing up, what happens at the Russian-Ukrainian talks in Belarus will be the clincher. Today evening’s round will be crucial. Russians expect the Ukrainians to come with a response to their surrender terms. If the US nudges the Ukrainians to drag their feet, Russian generals may take their gloves off and smash up the residual resistance with maximum force & even extend the operations to Ukraine’s western borders with NATO countries, if need be. But things won’t come to such a pass. The NATO is strictly in a mode of self-defence.