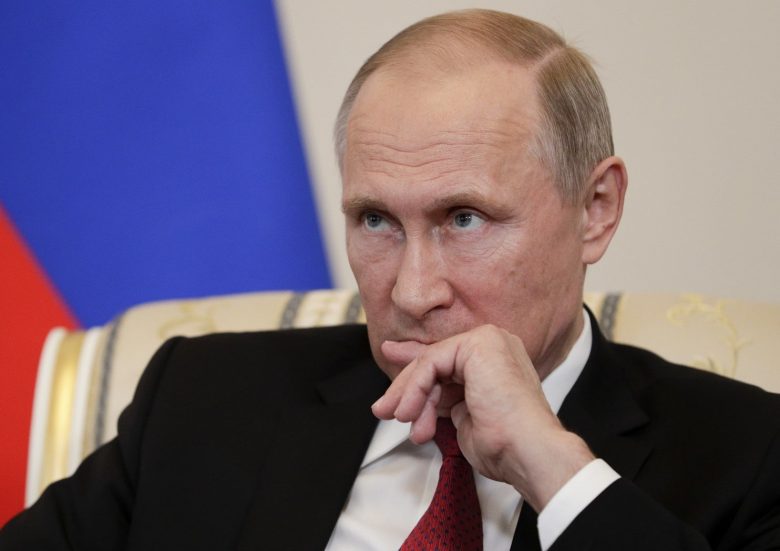 Although at the time the demise of the Soviet Union was lauded by many as the end of the Cold War, with NATO’s expansion eastward in the late 1990s it soon became clear that this was not the case. In this essay Petro examines what has happened during the last two decades and describes what the future holds.

A decade ago, influential Russian analysts concluded that the emergence of a multipolar world was inevitable, and that Russia could benefit from this transition by adopting a strategy that combined great power realism and “traditional” Russian values. This strategy, first elaborated in Vladimir Putin’s Valdai Speech of 2013, has since come to be known as “civilizational realism.” This essay describes how, through civilizational realism, Russia hopes to forge a new, and more ‘congenial’ world order.

The unexpectedly peaceful end of the Soviet Union seemed to augur an end to the Cold War. The first inklings that this was not to be were revealed by the eastward expansion of NATO in the late 1990s.

The exact nature of what was agreed to at end of the Soviet Union is still hotly debated. On the eve of the collapse of the Berlin Wall, those involved in negotiations on the Russian side insist that the alliance would not be expanded even “an inch to the East.” Many, though not all, of those involved on the American side had a different recollection. Whatever the reality, NATO expansion has become symptomatic of the broader misunderstandings of the post-Cold War era. Despite this disappointment, however, Russia still aspired to become a full-fledged part of the Western community, though early on Putin hinted that much would depend on how Europe chose to respond to Russia’s aspirations. “If we are pushed out,” he said in a February 2000 interview shortly before assuming the presidency, “then we will be forced to seek other ties, and to bolster ourselves. That much should be obvious.”

The intensity of Russia’s aggrievement at being “pushed out” became apparent in February 2007, at the Munich Security Conference. In unusually blunt language, Putin urged his audience to consider whether the “absolute security” that America sought was even possible in the modern world. He suggested that participants think about a new architecture of global security that could accommodate emerging international actors onto the world stage. Putin acknowledged that the United States would, obviously, be first among equals in this new world order, but no longer the hegemon.

An even more decisive shift in Russian foreign policy thinking, however, took place after Putin was re-elected president in 2012. At his annual meeting with leading Russia specialists in Valdai in 2013, he went beyond his usual criticism of unipolarity and, for the first time, explained what values Russia stood for. Echoing the remarks of 19th century Russian foreign minister Alexander Gorchakov, Putin said that Russia was returning to its core values, while remaining open and receptive to the best ideas of both East and West. These core values were rooted in the values of Christianity and other world religions. More importantly, the unipolar and increasingly secular world that some in the West seek to impose on the rest of the world, Putin argued, is “a rejection . . . of the natural diversity of the world granted by God.” Russia, he intoned, will defend these Christian moral principles, both at home and abroad.

Since then, the war in Georgia and the ongoing tragedy in Ukraine have reinforced negative stereotypes both in the United States, where many blame Russian intervention; and in Russia, where many see the same events as the culmination of Western policies targeting regime change in the former Soviet Union. Since the chances of resolving the Ukraine issue are virtually non-existent, influential observers like presidential advisor Vladislav Surkov have recently suggested that Russia’s attempts to become part of the West may now be over.

The values-based contours of the present East-West conflict are thus clearly defined. Russia opposes the very idea that Western cultural values are the standard for international behavior. It regards such rhetoric as nothing more than self-serving unilateralism, and believes that a multipolar world order based on pluriculturalism (diversity among nations) is preferable.

Focusing on values sheds a rather different light on some widely held Western assumptions about Russian foreign policy. The first is that Russia rejects the post-Cold War international order. This is not quite correct. Russia fears global chaos and believes that America’s efforts to preserve its global hegemony are leading to such chaos. Far from rejecting the international system, Russia believes it is stabilizing it by working against hegemony within the current framework, while also seeking to expand it to include new actors.

A second erroneous assumption is that Russia is determined to undermine the “liberal U.S. led order.” In fact, Russia expects the U.S. to remain the leader of the liberal, western model of global development, but argues that it must also learn to co-exist with other models. As Russia sees it, in the future, there will be multiple centers of power, each believing itself no less moral than any other. Notions like “American exceptionalism” only serve to isolate the United States, says Russia, and while U.S. leadership will no doubt fade as the world becomes more pluricultural, liberalism need not be dragged down with it.

How then does Russia define itself? Russia defines itself as that part of the West that has understood the futility of liberal fundamentalism, and that seeks to establish a framework for global leadership around the values that the West shares with non-Western states. Russian political theorist Boris Mezhuev calls this “civilizational realism.” Civilizational realism differs from classical realism, in that it embraces the importance of values in international affairs. It also differs in that it sees value in the diversity of cultural communities, as well as individuals. Russia’s approach should therefore be described not as opposition to liberalism, but as a different form of liberalism, one that is divorced from Western hegemony, and open to non-western traditions and influences.

This awareness gives us greater insight into Russian foreign policy’s newfound embrace of values and religion. If soft power is thought of as the use of religious and cultural affinity to achieve foreign policy objectives, then many of Russia’s neighbors remain quite receptive to Russian soft power. In Ukraine, Georgia, Moldova, and the Baltic states, this has manifested as a “love-hate” relationship, that keeps Russia at the center of public attention.

To expand the reach of its soft power even further, Russia will likely promote three themes. First, that to be successful, a country does not have to move in lockstep with the western model of development. The rise of the BRICS, Russia argues, proves that approaches that rely on local traditions can compete quite successfully with “the Washington Consensus.”

Second, that the paradigm of a consumption obsessed society should be challenged. Instead of embracing rampant consumerism, nations should seek sustainable, autochthonous sources of spiritual development, upon which to build their own sustainable, autochthonous forms of economic development. This leads to Russia’s third thematic calling card–social conservatism–which has struck a chord with conservative and religious groups in both Europe and America.

Liberally inclined analysts often cannot begin to fathom why this would lead to a confluence of interests among countries as diverse as Brazil, Russia, India, China, and South Africa. A better way to think of it is this–the soft power of the BRICS is an expression not of any one set of national values, but of the common values that these nations feel ought to underlie a new international order.

Russia’s new moral framework fits this agenda like a hand-in-glove, magnifying the impact of Russian soft power. Russia believes that it can now rely on a core constituency of states to assist it in the face of intense western hostility, since its efforts benefit not only Russia, but all nations that aspire to a pluricultural international order.But for many, however, there can be no doubt that Russia bears the lion’s share of the blame for the return of the Cold War. But what former Secretary of State Hillary Clinton saw as merely the restoration of Soviet power, is actually something far more ambitious—the restoration of traditional Russian mores and religious values, so that they may serve to solidify the underpinnings of the Russian state. And with conservative traditionalism on the rise in so many countries, there is the distinct possibility that a more traditional Russia could someday find a way to bridge the “values gap” with the West, not from the liberal end of the political spectrum, but from the conservative end.

Is there Life After Containment?

Storm clouds are gathering once again over the European continent. Rather than coming together, Russia and the West seem to be drifting further and further apart. There is, however, one very noticeable difference between the United States and Europe. Whereas in America, the political opposition is just as Russophobic as the political establishment, in Europe it is not. Parties like the Five Star Movement and the Leagues in Italy, the AfD in Germany, the Republicans in France, Fidesz in Hungary, are all eager to re-establish normal relations with Russia. There simply is no constituency that supports such a rapprochement in the United States, and this severely limits America’s influence on Russia.

Enhancing America’s influence in and on Russia is surely possible, but it will require a dramatic break with the past. Specifically, it will require embracing Russia as an indispensable part of Europe and the West, rather than ostracizing it. This is the path being urged by the current president of the Czech Republic, Milos Zeman, who in a recent interview said that one day Russia will surely become a member of the European Union. He then added, whimsically, “If you don’t like that, then think of it this way: The European Union must join the Russian Federation.”

But there is another path, described by our most renowned cultural historian of Russia, the former Librarian of Congress, James H. Billington:

“If Americans cannot penetrate into the interior spiritual dialogue of other peoples, they will never be able to understand, let alone anticipate or affect, the discontinuous major changes which are the driving forces in history and which will probably continue to spring unexpected traps in the years ahead. To put it another way, if we cannot learn to listen to others as they whisper their prayers, we may well confront them later on when they howl their war cries.”

Which of these two futures comes to pass, will depend on us.

Nicolai N. Petro is professor of political science and Silvia-Chandley Professor of Peace Studies and Nonviolence at the University of Rhode Island. 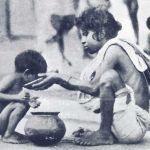 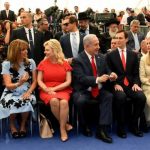 The Unraveling of the Netanyahu Project for the Middle EastMultipolarity, West Asia