Königsberg in East Prussia was leveled by Allied bombing in WWII and was then annexed to Soviet Union which expelled its German inhabitants. Russians who since 1945 have made the city their home now want to be good stewards of its Prussian past

KALININGRAD, Russia — It started as a hobby for Alexander Bychenko and his wife Natalia. They were renting a flat in a Prussian-built 19th century building in a leafy Kaliningrad neighborhood, and they fell in love with its high ceilings, elaborate fixtures, and vintage Dutch door leading to the balcony. All spoke of a vanished world that had existed on this territory before the German population was expelled in the wake of World War II and completely replaced by Russians from the continental interior.

The Bychenkos began scouring flea markets, and found that Kaliningrad is awash in old items of furniture, bric-a-brac, paintings, and even appliances from the Prussian-German era.

As they gradually restored the flat to how it would have looked around 1907, friends and even strangers started dropping by to admire it. Then tour agencies took an interest, and by now a regular stream of curious visitors flows through their little private museum of life in the then-city of Königsberg, upon whose ruins Kaliningrad was – sometimes thoughtlessly – constructed.

Mr. Bychenko is emphatic that he is not questioning the historical outcome that saw a 700-year-old Germanic culture expunged, not only from Kaliningrad but also vast swathes of neighboring Poland and Lithuania, following the defeat of the Third Reich.

Restored Königsberg Cathedral in front of the ‘House of the Soviets’ in Kaliningrad, May 2005 (AP)

Rather, he is part of a growing movement of mainly younger Kaliningraders – supported by local government – who are working to roll back the Soviet-imposed amnesia that convinced generations of people who grew up on this ancient territory that its history only began in 1945.

We are the inhabitants of this land. I leave it to historians to judge how and why that happened,” says Bychenko. But we are here, and we are the inheritors of this long and fascinating legacy. It is our duty to assimilate that history, to restore memory, and be the best stewards of this place that we can possibly be.”

Besides hosting excursions, Bychenko also sponsors lectures on Prussian history and culture in the restored flat. He and friends are planning to publish a series of books about the region’s history, including a photo album of old Königsberg, memoirs, and even a Prussian cookbook.

It’s an uphill slog for those who are trying to push back the historical horizon and heal the sharp break that occurred when one population and its culture was almost totally replaced by a very different one in a brutally abrupt fashion.

It doesn’t help that the physical record of Prussian existence here is fragmentary. Old Königsberg, a Baltic city of soaring spires and stout fortifications that was the birthplace of the German philosopher Emmanuel Kant, was mostly leveled in waves of mass bombings by the British RAF near the war’s end.

A full-scale assault by the Soviet Red Army in 1945 trampled the ruins, and a Soviet policy of erasing any reminders of Prussian heritage largely finished the work. Thanks to wartime evacuations and Soviet-era expulsions, only a tiny handful of the original German inhabitants – mostly those married to Russians – remained on the territory after 1948.

The new Soviet people who were brought to the new Soviet city of Kaliningrad after the war needed familiar surroundings. So everything was deliberately rebuilt in Soviet style,” says Alexei Laleko, a historian and author of several books on the region’s past. For a long time, there was a conscious policy of eliminating any signs of the German presence here.”

Perhaps the most egregious act was the Soviet Politbureau’s 1967 decision to blow up the ruins of Königsberg’s 700-year-old castle and construct a hulking House of Soviets” in its place. The huge, boxlike structure was built but never completed, some say due to Prussian-era tunnels that make its foundations unstable. Today it dominates Kaliningrad’s skyline, and remains a topic of extreme embarrassment for the local inhabitants.

There’s a big discussion about what to do with it. Tear it down, or fix it up and use it somehow?” says Mr. Laleko. Some people are in favor of razing it and rebuilding the castle, but that would be prohibitively expensive and completely fake. So, there it sits, we can’t avoid looking at it every day, but we have no idea how to resolve this situation.”

‘A new accent on continuity’

Things are changing, in part thanks to the grassroots consciousness-raising efforts of people like Bychenko, and in part thanks to an official change of heart. Ten years ago, the Kremlin agreed to stage a gala celebration of the “750th anniversary of Kaliningrad’s founding”. The event, attended by Vladimir Putin, French President Jacques Chirac, and German Chancellor Gerhard Schroeder, did much to raise the tiny region’s profile. And while Mr. Putin’s official speech offered few clues as to how the then 60-year old Russian city of Kaliningrad could boast a 750-year history, locals say it brought a stream of much-needed funding and positive attention from Moscow and fresh attention to restoring Prussian-era monuments.

Of course it was a strange-sounding event, but it gave us a push in the right direction,” says Vladimir Abramov, an independent political expert. It put a new accent on continuity, the sense that yes, we are Russians, but we are also part of this land and its history. And that is developing in a normal direction now.”

A lot of German sources are being translated, or re-written by local historians,” he says. Politicians no longer say we shouldn’t restore old Prussian monuments; rather, they say, there’s no money for it.”

But, he adds, such developments are now hostage to a deteriorating international situation that is driving Kaliningrad back into a Soviet-era role as Russia’s military bastion on the Baltic and is nudging the local population back into the bunker mentality that goes with that.

Odd ideas are appearing, promoted on TV, such as the notion that Russian culture is under attack and must be defended,” says Mr. Abramov. Still, I believe our proximity to Europe, and closer acquaintance with the history of this region is creating a population here that is of Russia, but also different.”

Shaig Mamedov, a farmer who has just finished restoring a 125 year old barn and the German-era drainage system that once managed water levels in these overly wet farmlands, says it’s not an academic issue, but a matter of sheer practicality to learn from those who occupied this territory for over 700 years.

I was educated as an engineer, and I am in awe of what my German predecessor did here,” he says. To build such a high, solid structure as this barn, out of wood, and have it still standing today, is amazing. That German farmer in 1890 knew things I’m still trying to learn. There was no alternative but to restore it; to destroy it would have been a tragedy.”

Book reference:
Forgotten Land: Journeys among the Ghosts of East Prussia, by Max Egremont (Farrar, Straus and Giroux, 359 pp). The book is reviewed in the New York Review of Books, July 12, 2012: In the lost world of East Prussia, review by R.J.W. Evans; and in the London Review of Books, May 24, 2012: After seven hundred years, review by Neal Acherson. Both reviews are ‘subscriber only’. The Acherson review is here; see the letters at the LRB weblink replying to the review. 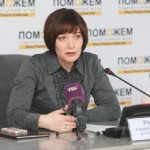 A letter to Mama, who died from the shellingDigest, Feature Articles, Ukraine 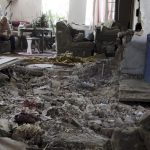