MOSCOW — Russia’s gas monopoly Gazprom resumed supplies to Ukraine on Monday in a development that will help the country meet its energy needs through the harsh winter months.

Gazprom CEO Alexei Miller said supplies, which were suspended in the spring, recommenced earlier after the company received $234 million out of a promised $500 million prepayment from Kiev.

The deal, which was signed last month with the help of the European Union, will ensure that Ukraine will receive Russian gas for six months through March 2016.

Past gas disputes between Russia and Ukraine have led to cutoffs of supply. One standoff in 2009 caused serious disruptions in shipments EU countries in the dead of winter. Temperatures in Ukraine can drop to as cold as -4 degrees Fahrenheit (-20 degrees Celsius) in winter, and most homes in Ukraine rely on piped gas for central heating.

Last winter, Russia and Ukraine struck an emergency deal on gas prices, but that expired. EU-sponsored talks seeking a similar accord for the coming winter began in March. Under the deal, Russia lowered the price it charged Ukraine to the same level granted to neighboring countries, from $251 per 1,000 cubic meters to about $230.

The European Commission has pledged at least $500 million of aid to Ukraine for the gas supplies.

Russia’s annexation of Crimea from Ukraine and its support for separatist rebels in the east soured relations between the two countries. Ukraine has since been trying to cut its dependence on Russia gas, buying shipments from European nations which had bought it from Russia at a lower price. 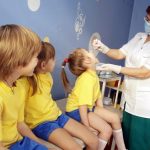 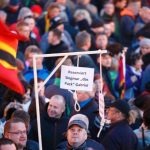