By Rustem Falyakhov, published in Russian in Gazeta.ru, translated and published in English on Russia Beyond The Headlines, December 30, 2015
In spite of the sanctions and its own food embargo against the West, Russia remains one of the world’s largest exporters of agricultural products, delivering them to 140 countries. At year-end, Russian food exports for 2015 could reach $20 billion. 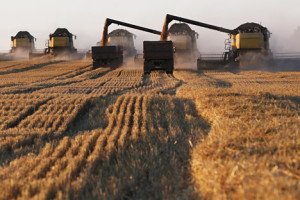 In 2015, agricultural exports from Russia could reach $20 billion, which is $5 billion more than in the previous year, the Russian Ministry of Agriculture has estimated, based on statistical data for the first three quarters.

Russia’s key trading partners include the EU, in particular Germany and the Netherlands, as well as African countries and China. In total, Russia exports its products to 140 countries, according to World Trade Center estimates.
From grain to vodka

Russia also ships vegetables to 86 countries, with the largest volumes being delivered to Turkey, India and Lithuania. The country exports vegetable and animal oils to Turkey and Egypt, Kazakhstan, Algeria and another 90 countries. Fruit and nuts are exported to Belarus, China, Kazakhstan and Lithuania.

Meat and its by-products are supplied to 49 countries, including the Eurasian Economic Union member countries, as well as Ukraine, Finland, Korea, Vietnam, Mongolia and Thailand.

Fish and shellfish are delivered to 82 countries, the largest volumes being exported to Korea and China as well as Japan, the Netherlands and the island nations such as the Seychelles and the Marshall Islands.

A record number of countries are buying Russian alcohol, soft drinks and vinegar. There are 40 countries on this list, including such exotic ones as Haiti, Cote d’Ivoire, French Polynesia and Ethiopia. The basis of exports to these countries is not vinegar but vodka.

Minus Ukraine and Turkey

This year’s exports, including agricultural exports, are experiencing significant pressure from the geopolitical factor. The most significant changes are expected in two export destinations – Ukraine and Turkey.

According to the Ministry of Agriculture, the export of agricultural products and foods from Russia to Ukraine during the first 10 months of 2015, decreased in terms of value by 20.6 percent year-on-year.

This was due to lower shipments of barley and other crops, finished grain products, tea and coffee, margarine, canned fish, sugar confectionery, chocolate, processed fruit and vegetable products, as well as vodka and tobacco.

At the same time, there was an increase in the supply of poultry, frozen fish, vegetables and sunflower oil. This year’s share of imports from Ukraine to Russia was approximately 1.5 times lower ($268 million) than the share of exports from Russia to Ukraine ($411 million).

The negative dynamics is likely to increase next year. The association agreement between Ukraine and the EU, which concerns the Free Trade Zone, will enter into force on Jan. 1, 2016.
A man sells oranges in the Magra El-Oyoun market Russia lines up new fruit and veg imports ahead of Turkish ban

In response, Russia has decided to introduce a food embargo against Ukraine as it has done with the EU countries. However, Belarus has promised to provide substitutes for Ukrainian produce in the Russian food market.

A food embargo has also been introduced against Turkey because of the Russian bomber downed by the Turkish air force on the border between Turkey and Syria on Nov. 24.

It appears that the ban on Turkish imports will be limited to fruit and vegetables. Turkey now says that it will not introduce any retaliatory measures. The main component of food exports from Russia to Turkey (56.1 percent) is grain crops.

Exports of food and agricultural products from Russia to Turkey increased by one third to $2.4 billion in 2014. Since the beginning of this year, Russia has exported 3.5 million tons of grain to Turkey. During the first ten months of 2015, Russia exported to Turkey $1.4 billion worth of food, which is almost by 25 percent lower than a year earlier. 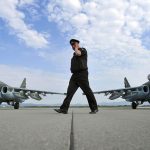 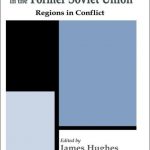 Book: Ethnicity and Territory in the Former Soviet UnionRussia, Ukraine