Russia’s economy and the concerns of the Russian people: Article by John Helmer

By John Helmer, published on his website ‘Dances With Bears, March 10, 2016, with extensive charts showing economic conditions and results of political polling of Russians

What’s the use of worrying?
It never was worthwhile, so
Pack up your troubles in your old kit-bag
And smile, smile, smile

Three more years of war in Europe obliterated the smiles, and also the song. 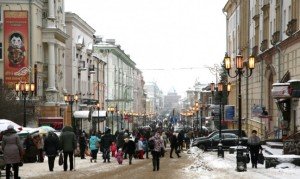 Under pressure from the U.S. campaigns on the Ukraine and Syrian fronts, in the propaganda media, and on the international capital markets, the Russian home front is marching with dwindling income and growing fear. There is no smiling. But the political impact is stable support for President Vladimir Putin; growing support for ministers regarded as fighting effectively against the foreign enemy; and weakening support for ministers seen to be pro-American, like Prime Minister Dmitry Medvedev. If you invest in the Russian grocery basket, this tune will grow on you…

Read the full article and view the extensive charts at the original weblink.