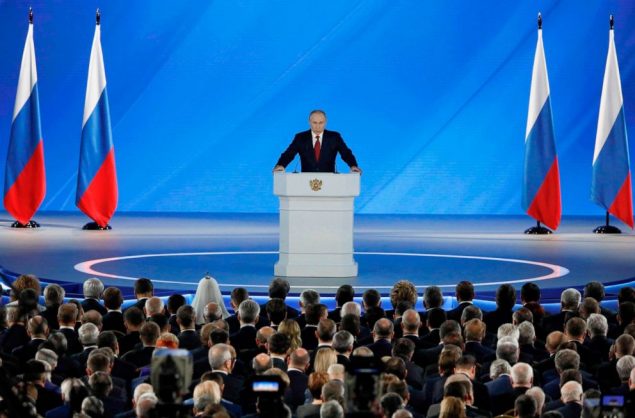 On January 15, President Vladimir Putin gave his Address to the Federal Assembly, during which he announced curbs to Presidential power, which could be intended to preserve Russia from a West-backed President

Last week, after Putin put forward constitutional reforms that would “empower the legislative branch” and his entire government resigned, the Western press (and the West-backed “opposition” in Russia) went on at length about how Putin was preparing to “extend his power”, to move to an office “without term limits”, or something along those lines.

After years complaining about the amount of power the President of Russia has, the MSM decided that limiting those powers was ALSO bad (or perhaps, never even actually read the speech itself at all).

This isn’t deliberate deception on their part, they are just trained animals after all. Criticising Putin is a Pavlovian response to the man saying, or doing absolutely anything.

There’s no point in gain-saying it, or analysing it. It is dogs howling at the moon. Instinctive, base and – to a rational mind – entirely meaningless.

Forget what our press says. It is white noise. They have no insight and no interest in acquiring any.

However, even the alternative media are confused on this one. MoA is a good analyst, but he’s not sure what’s at play here.

….so what IS going on in Russia? Why the constitutional reforms?

Let’s take a look at the headline proposals:

Are these really steps designed centralize the power of the state in an individual? Do they logically support the argument “Putin wants to be in power for life”?

Western “analysts” argue Putin plans to stay on as Prime Minister, but these rule changes don’t empower the PM, they only empower the Duma to choose the PM.

If he were going to change the constitution to keep himself in power, why not just scrap term limits? Or increase the Presidental term length?

The third proposed change is interesting – “prevent dual nationals from holding public offices” – is this a way of limiting possible Western interference in Russian politics?

In the days of the Roman Empire, upon conquering a province the Romans would take children of members of the ruling class to back to Rome, to be fostered in Roman families and raised as Romans. Then, when they reached adulthood, the new Romanised Celts or Assyrians or Goths would be sent back to the land of their birth and rule as the province in Rome’s name, serving Rome’s interests.

The modern Rome, the United States, does exactly the same thing.

Juan Guaido is Venezuela’s “acting President”. He was educated at Georgetown University in Washington DC. Alexey Navalny is the “leader of the Russian opposition”, he was a “world fellow” at Yale.

The US/NATO/EU bloc is eagerly awaiting the chance to replace Putin with a pro-Western neo-liberal. One who will increase national debt, implement austerity, privatise industry, gut the public sector, and open up Russia to the IMF…just like has been done all over the Western world.

So: We have rules limiting the power of the office of President, and a rule clearly aimed at making it impossible for a US-backed puppet to be inserted into said office.

Here’s where we get into some hardcore speculation:

I think, having done the hard work to fix many of Russia’s societal and security-related problems, Putin is seeking to make systemic changes that prevent this work being undone.

I think Putin wants to go – or is at least considering it – and is trying to put rules in place to protect Russia from his possible successors.

To demonstrate my point, we should take a look at the other parts of Putin’s speech – the parts no one in the Western press is interested in discussing.

In many ways, it was a speech you could have heard coming out of Jeremy Corbyn’s mouth. Laying out a vision of Russia with improved healthcare, free (hot) school meals for all children, internet access for all Russian citizens. (You can read the whole thing here.)

If a British politician made this speech, it would be considered “radical”. If an American had done so, they would be called a crazy socialist. But there’s more to this than just socialist economic policies.

Here is Putin on pensions:

We have a law on this, but we should formalise this requirement in the Constitution along with the principles of decent pensions, which implies a regular adjustment of pensions according to inflation.

Therefore, I believe that the Constitution should include a provision that the minimum wage in Russia must not be below the subsistence minimum of the economically active people.

the powers and practical opportunities of the local governments, a body of authority that is closest to the people, can and should be expanded and strengthened.

The country’s fundamental law should enshrine and protect the independence of judges, and their subordination only to the Constitution and federal law

requirements of international law and treaties as well as decisions of international bodies can be valid on the Russian territory only to the point that they do not restrict the rights and freedoms of our people and citizens and do not contradict our Constitution.

extending the powers of the Constitutional Court to evaluate not only laws, but also other regulatory legal acts adopted by various authorities at the federal and regional levels for compliance with the Constitution.

Is there a pattern here?

These could be interpreted as legal backstops. Safeguards on the progress Russia has made under Putin.

We’ve been over the numbers a lot. There’s no need to repeat them. Suffice to say, under Putin Russian life expectancy, income, employment rate and birth rate are up. Violent crime, poverty, alcoholism and debt are down.

Under Yeltsin, Russia was a borderline failed state. Putin pulled them back from that brink.

Yeltsin’s 1993 Constitutional Referendum drastically enhanced the powers of the President, he doesn’t wield quite as supreme executive power as the office of POTUS, but it’s comparable:

The referendum…approved the new constitution, which significantly expanded the powers of the president, giving Yeltsin the right to appoint the members of the government, to dismiss the Prime Minister and, in some cases, to dissolve the Duma.

It could be argued Putin has used that power as it was intended – for the benefit of the Russian people. Perhaps he feels he cannot rely on anyone who comes after him to be as diligent.

By disempowering the role of President before he leaves office, he ensures that anyone who follows – be they a US-educated plant, a corrupt billionaire, or a hardline hawkish nationalist – can’t undo all the good his administration has accomplished.

Whether or not Putin wants to be in “power for life” is an answer known only to the man himself, but there’s nothing to suggest it in this speech, and none of the reforms put forward would appear to help in that regard at all. It looks more like a man securing his legacy.

Perhaps the question becomes not “does Putin want another term?”, but rather…does Putin even intend to serve all of this one? 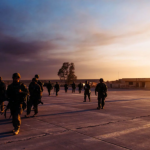 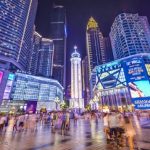